The illegal forex remittances, referred to as Trade Based Money Laundering (TBML), were sent allegedly from the accounts of nine entities on the submission of fake documents without any actual trade having taken place.

Mumbai: The Central Bureau of Investigation (CBI) has registered three separate cases against accused private persons, some unknown officials of multi-state co-operative societies and unknown public servants on allegations that during 2014-2016, forex worth around Rs 155 crore, in all, were allegedly illegally remitted abroad.

The illegal forex remittances, referred to as Trade Based Money Laundering (TBML), were sent allegedly from the accounts of nine entities on the submission of fake documents without any actual trade having taken place, CBI said on Friday. 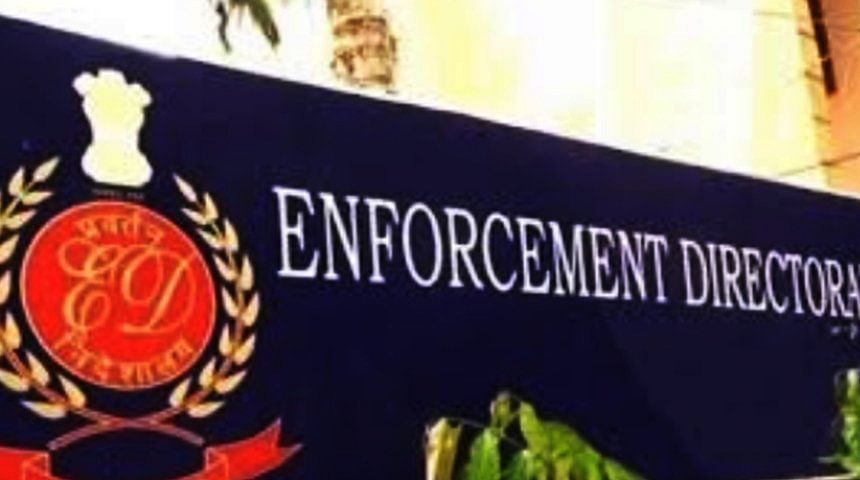 The agency carried out searches across 18 premises, including in Mumbai and Bhopal (Madhya Pradesh), linked to the accused persons and entities, after the lodging of the three cases, recovering cash of around Rs 94.37 lakh in all, CBI sources said. The CBI said that the accused private entities are Mumbai based and the sum of Rs 155.13 crore was remitted from their accounts maintained with eight public-sector banks. The remittances were sent on the basis of fake documents, such as, bills of entry and bills of lading. A bill of entry refers to a legal document filled up by an importer / a customs agent on the arrival of the imported goods. A bill of lading refers to a legal document issued by a carrier to a shipper providing details of the type, quantity and destination of commodities being transported.

Banks from where the money was transfered

Aspects of illegal forex remittances were enquired bank-wise, according to a CBI source. “It was further alleged that in the instances of TBML related to Bank of Maharashtra, Mumbai, Canara Bank (e-Syndicate Bank), Mumbai and Bank of India, Mumbai, facts emerged from the acts of commission and omission on the part of the accused that there was disclosure of cognisable offence committed by them,” the CBI source said. The CBI source said, “Amount worth Rs 105.27 crore, Rs.41.17 crore and Rs. 8.69 crore  were allegedly remitted from the accounts of Mumbai-based private companies, maintained with the said three Banks without any actual trade, thereby causing loss of foreign exchange to the Government of India.”

The agency is verifying allegations that current accounts were opened in the names of firms/ companies, with namesake persons as proprietors/directors and huge cash was allegedly collected from various sources and layered into bank accounts of the said firms.

“It was further alleged that the bills of entry were later forged to show higher USD value than the actual import value and were submitted to the bank,” the source said. “Apart from cash of around Rs. 94.37 lakh, incriminating documents and electronic gadgets, among others were recovered that are being assessed for their evidentiary value in the probes,” the source said.