Mumbai: Of the 22 high tides in the Arabian Sea this monsoon, six will occur this week alone. As per the Disaster Management Cell, they will be around 4.5 metres high, and if the city witnesses high rainfall on those days, there could be episodes of heavy inundation. As a precautionary measure, personnel have already been deployed on the six beaches of the city by the BMC.

The BMC last month washed its hands off flooding in the city, during an expert conclave, and said that flooding is bound to happen as infrastructure development is not conducive to heavy rainfall.

There are 186 storm water outlets in the city. Among them 45 are below sea level, and 135 are at high tide levels; only six are at higher levels.

As per the BMC’s high tide schedule, six days are in June and July and five each in August and September. In the next few days, the highest tide will be on Thursday, June 16, at 4.87 metres.

Officials said lifeguards have been deployed on beaches from Wednesday in two shifts, even though there is no forecast of heavy rain through the week. As per civic body’s protocol, they monitor seashores during weekends and holidays. 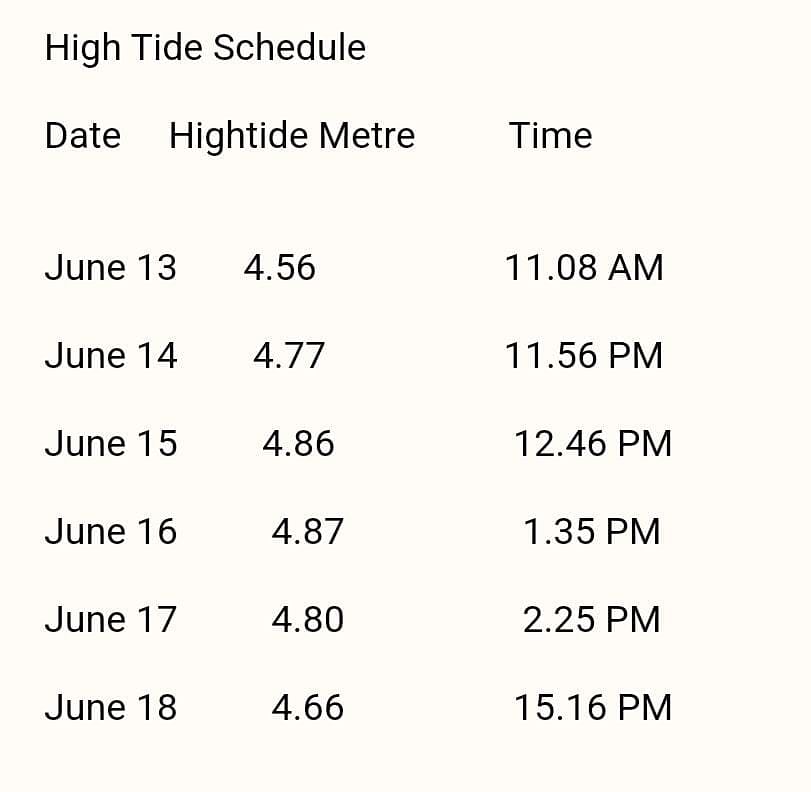