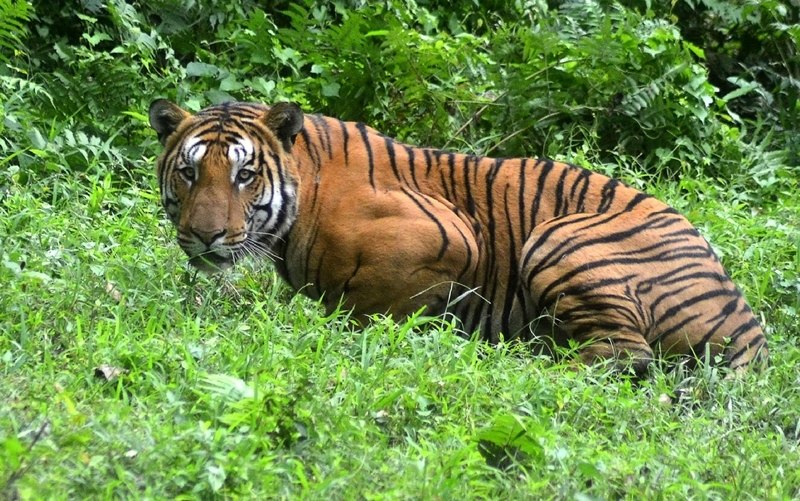 Mumbai: An 11-year-old Royal Bengal tiger at the Sanjay Gandhi National Park (SGNP) in Mumbai has been operated upon for removal of a growth on its lip, an official said on Sunday.

This is the second such operation on the same tiger carried out by the authorities, said the SGNP official. “The tiger called ‘Yash’ had underwent a surgery in August last year,” said SGNP veterinary officer Dr Shailesh Pethe.

“The growth was noticed on the left side of the lower lip of the big cat. After detailed inspection, we decided to remove it,” he said. The removed part is 2.5-inch-long and weighs 120 gram. The officials are now awaiting the biopsy report of the mass, he added. Sanjay Gandhi National Park is a protected area near Mumbai. It was formerly known as Borivali National Park.