Lashing out at Pakistan Prime Minister Imran Khan for blaming Rashtriya Swayamsevak Sangh (RSS) ideology for the talks stalled with India, Rajya Sabha MP and Shiv Sena leader Sanjay Raut on Saturday said that Pakistan is the creator of the Taliban and it is responsible for terrorism in the world.

Speaking to ANI, the Shiv Sena leader said that Pakistan is responsible for the current situation in Afghanistan.

"Who are the creators of Taliban? It is Pakistan. The whole world has to bear the brunt of the terrorism that Pakistan has spread with the help of the Taliban, so don't trust Imran Khan," he said.

"What is the ideology of RSS? That Jammu and Kashmir is a part of India, it is true. This is the sentiment of the people of the whole country as well" he added.

In the past few weeks, Afghanistan has witnessed a surge in violence as the Taliban have intensified their offensive against civilians and Afghan security forces with the complete pullback of foreign forces just a few weeks away.

Earlier on Friday, Prime Minister Imran Khan evaded questions on Pakistan's role concerning the Taliban's actions in Afghanistan and sought to put blame on "RSS ideology" for the talks stalled with India amid concerns over its support to cross-border terrorism.

Khan, who is in Tashkent to attend the Central-South Asian conference, was asked by ANI on the sidelines of the event if talks and terror can go together.

"I want to tell India that we are waiting for a long time to live in a civilised manner. But what will we do as the ideology of RSS has created an obstruction," Khan had said. 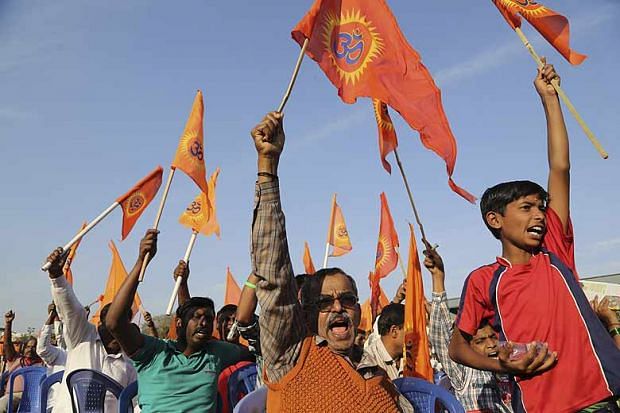