The police say those lawbreakers caught once with such fancy number plates have been sent reminder messages by the e-challan system database so that people switch back to standard number plates.
Priyanka Navalkar 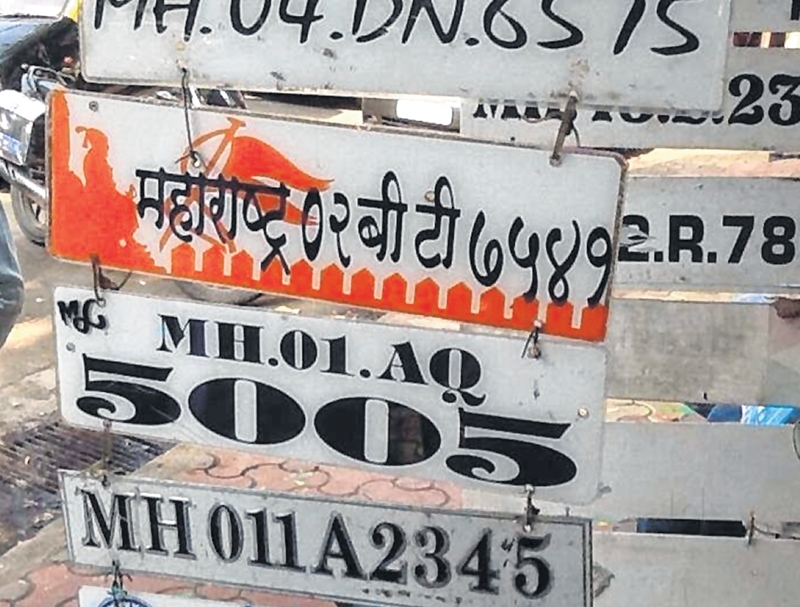 Mumbai: A total of 2,272 cases against vehicles bearing fancy number plates have been registered by the Mumbai Traffic Police (MTP) from January to August 2019.

The police say those lawbreakers caught once with such fancy number plates have been sent reminder messages by the e-challan system database so that people switch back to standard number plates.

According to police, the use of fancy and irregular number plates in the city continues to be rampant with traffic police booking 2,272 cases of violations from January to August this year.

The Ministry of Road Transport & Highways (MoRTH) had made it mandatory for all vehicles to be pre-fitted with High Security Registration Plates (HSRP), which were sold after April 1 this year, and asked the vehicle owners to get their fancy plates fixed.

A traffic official said, “Motorists with fancy number plates were more of a headache as it was difficult to identify them and hence to raise violations against them.

Mumbai Traffic Police have begun a crack down on number plates with graffiti or drawing, including those belonging to government departments.”

Taking into consideration the increasing number of cases being registered, traffic police are issuing a circular to all number plate makers found violating Central Motor Vehicle (CMV) Rules, 1989, stating a legal action will be initiated against them.

Moreover, police have also sent a reminder messages with the help of e-challan system to switch back to standard number plate. Police have gone a step ahead and are conducting meetings with the number plate vendors and telling them to follow guidelines, said a senior traffic official.

A traffic policeman said, two-wheelers and four-wheelers, which are used in crime incidents such as kidnapping, murder and chain or mobile phone snatching,

it is observed by the officials that a common factor in such crimes was that a vehicle with a fancy number plate was used to throw the police off their trail. According to the Regional Traffic Office (RTO), fines for displaying fancy number plates on a vehicle is Rs1,000.