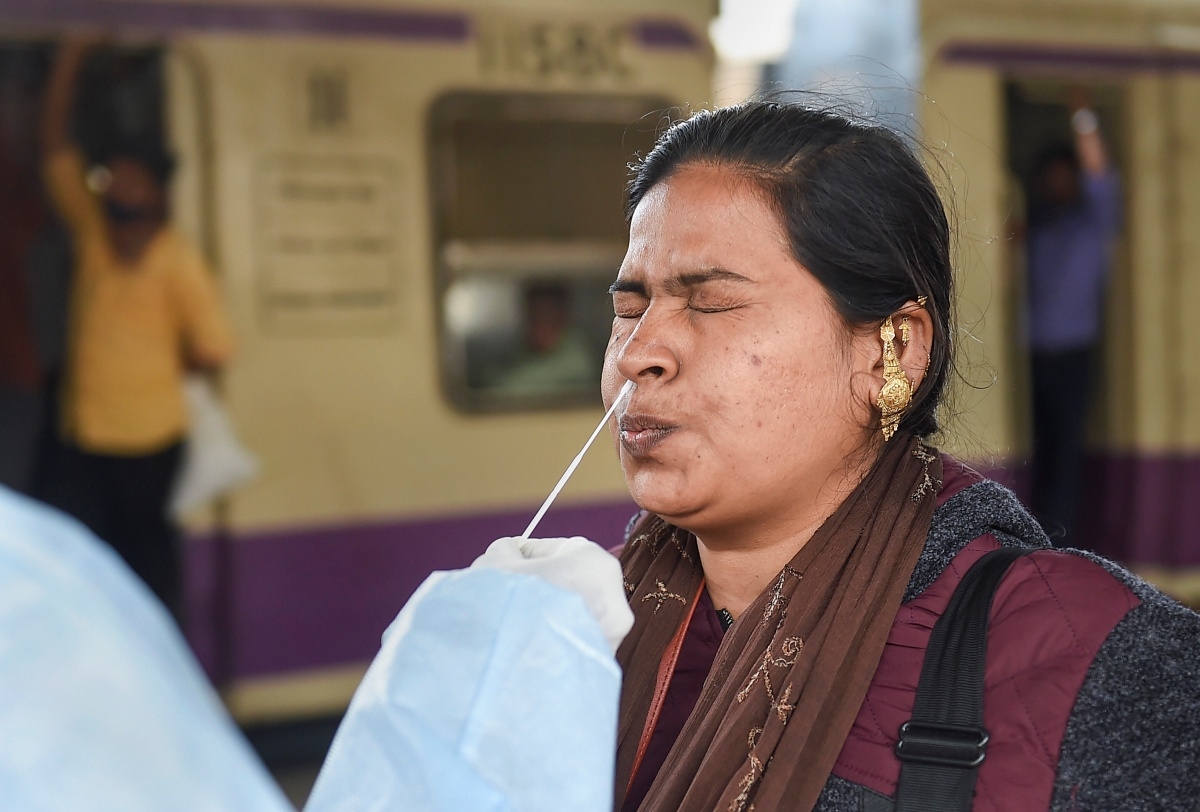 Mumbai on December 24 recorded nearly 700 Covid-19 cases which is the highest single day count since October 6.

On December 24, the city reported 683 cases, last the highest single day spike was reported on October 6 when 629 cases were reported. 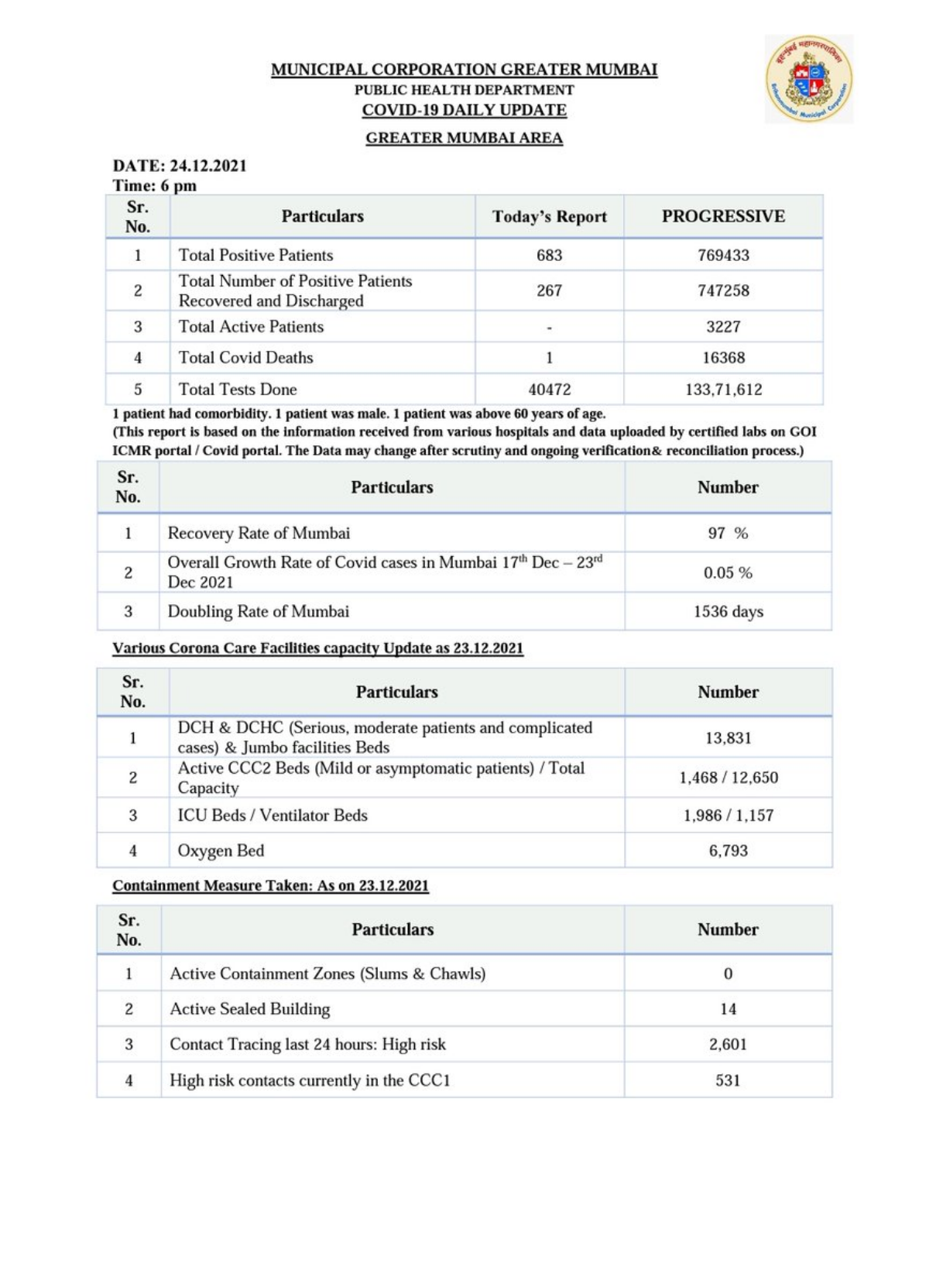 City recorded 1 death due to coronavirus on Friday which pushed its fatality count to 16,368 as per data released by the city's civic body.

Meanwhile, the doubling rate in Mumbai has increased to 1,536 days, while the weekly growth rate has declined to 0.02 percent.

There are total 0 containment zones in the city and 14 buildings have been sealed as per today's data. Recovery rate of Mumbai district has increased to 97 percent.