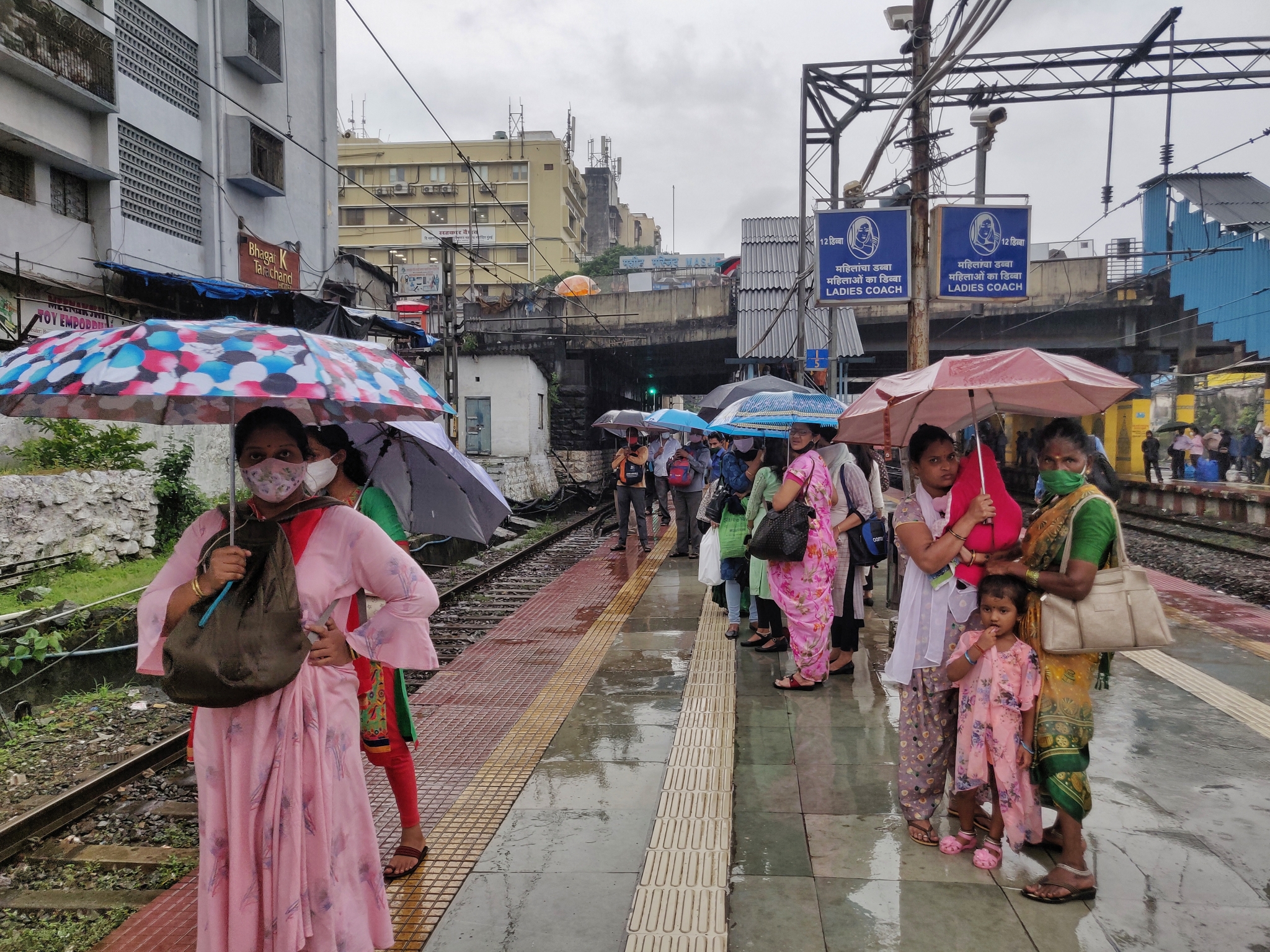 Commuters at nearly 20 suburban train stations in Mumbai are forced to weather the scorching sun and rain every day as they wait for their train, in the absence of full platform covers. It is all in the interest of commuter safety, claim railway authorities, attributing this state of incomplete roofing to space constraints and safety concerns.

The issue surfaced after a photograph of a partially roofless Masjid station began making the rounds on social media, causing users to question the absence of a complete overhead cover. Passengers claimed that over a dozen platforms of Central Railway stations are still partially uncovered, including a 38metre-long stretch of Masjid station. When the FPJ asked railway authorities about this, officials said providing shelter on most of these platforms is technically not feasible because of space constraints in the current situation.

“As per Indian Railways’ schedule of dimensions, any structure on the platform should have a minimum clearance of 5.3 metres from the nearest track centre. This stipulation exists to protect passengers and prevent them from hitting the structure and suffering injuries. The total width of the concerned platform at Masjid is just 6.3 metres,” said a CR official.

“The Railways have tried to find a location-specific solution for each and every portion of platforms and we are still trying to find innovative ways to provide shelters and balance locations. But of all these locations, finding a solution for the Masjid platform is almost impossible,” he said.

He said that in the aftermath of the Elphinstone Station stampede on September 29, 2017, the railways had taken up the task of providing foot overbridges and covers over sheds on a priority basis across the Mumbai Division. Works were sanctioned and completed at more than 90 per cent of the stations and platforms.

Apart from Masjid station, some portions of key stations in Central Railway’s Mumbai Division continue to remain uncovered. These include around a 10-20 metre portion of a few platforms of CSMT, Platform No. 1 of Dockyard Road, station, Platform Nos. 3 and 4 of Dadar station, and a 117m-long portion of Platform Nos. 7 and 8 of Diva Junction.

“At Masjid Station, only 38-metre portions of Platform Nos. 1/2 and 3/4 remain uncovered. At both locations, the width of platforms is inadequate to erect any type of structure as per rules in the current situation,” said a CR official.

When contacted, CR Chief Public Relations Officer Shivaji Sutar said, “We explore every possibility to provide the best amenities to the passengers. To overcome space constraints, we have deployed security personnel and made such arrangements that the safety of passengers will not be compromised.”