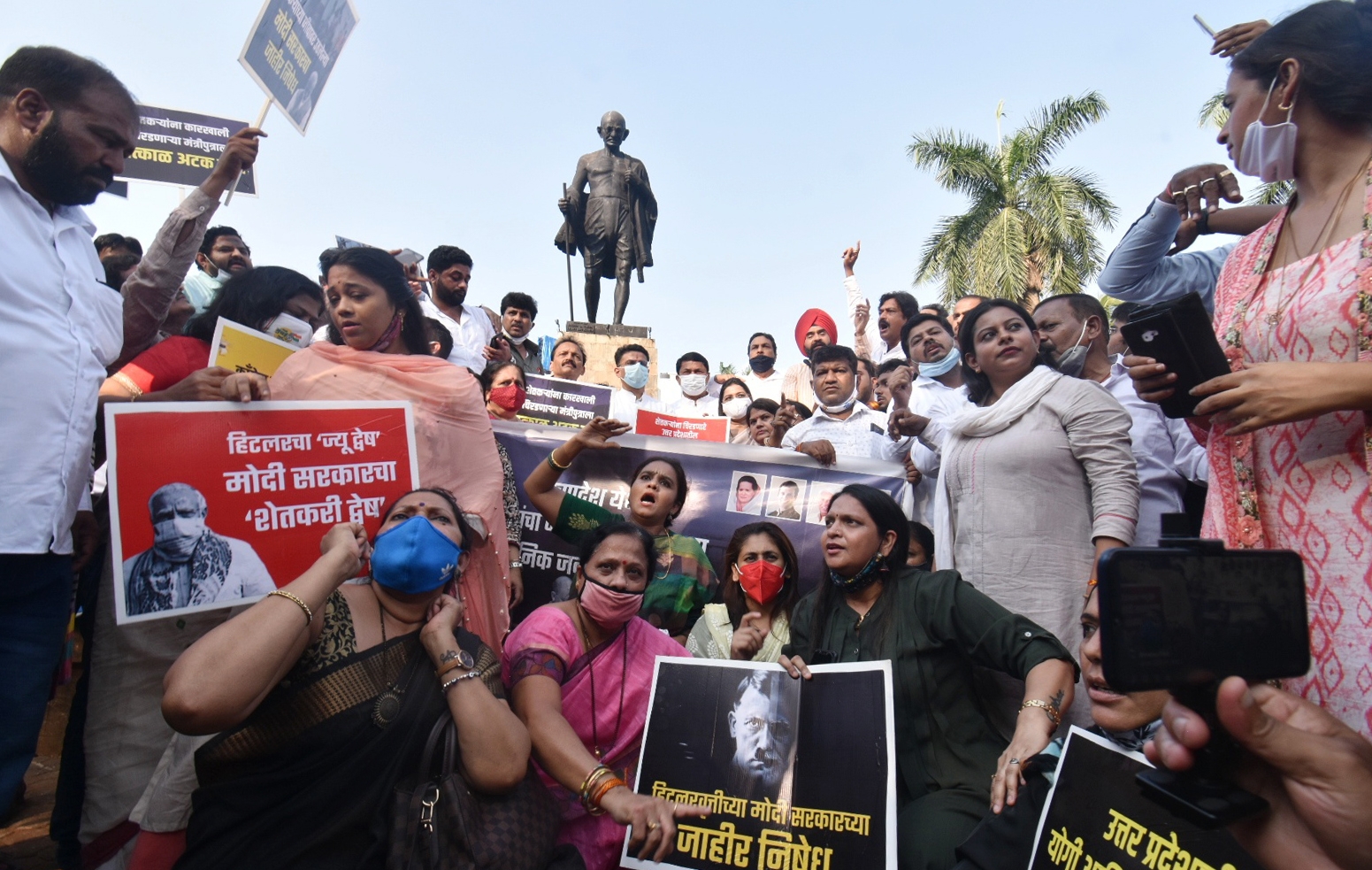 The MVA government on Monday slammed the BJP over the killing of agitating farmers in Lakhimpur Kheri, Uttar Pradesh.

Shiv Sena MP Sanjay Raut wondered if crushing farmers and stifling the voice of the Opposition leaders who stand in their support is the BJP’s new strategy. Raut said that when a rape incident took place at Saki Naka in Mumbai, last month, the BJP raised a hue and cry, and “we (state government) did not stop anyone from going to the crime scene”.

Meanwhile, the Maharashtra Pradesh Congress Committee (MPCC) organized a state-wide protest against the incident. MPCC president Nana Patole demanded the dismissal of the government at the Centre and in Uttar Pradesh for adopting a policy to destroy farmers.

Raut said the Lakhimpur Kheri incident is similar to the case of revolutionary Babu Genu, who was run over by a Britisher’s truck while protesting in Mumbai during the Independence struggle.

He added, “The farmers were run over allegedly by the car of a minister’s son in Lakhimpur Kheri. Where does such cruelty come from?”

“Does the BJP have a new strategy of crushing farmers and stifling the voices of Opposition leaders who show solidarity with them?" Raut asked.

NCP minister Nawab Malik said, “We strongly condemn the death of farmers in Lakhimpur Kheri and the detention of the members of the Opposition who visited the place. The BJP is trying to stop the Opposition. It is our demand that strict action be taken against the culprits.”