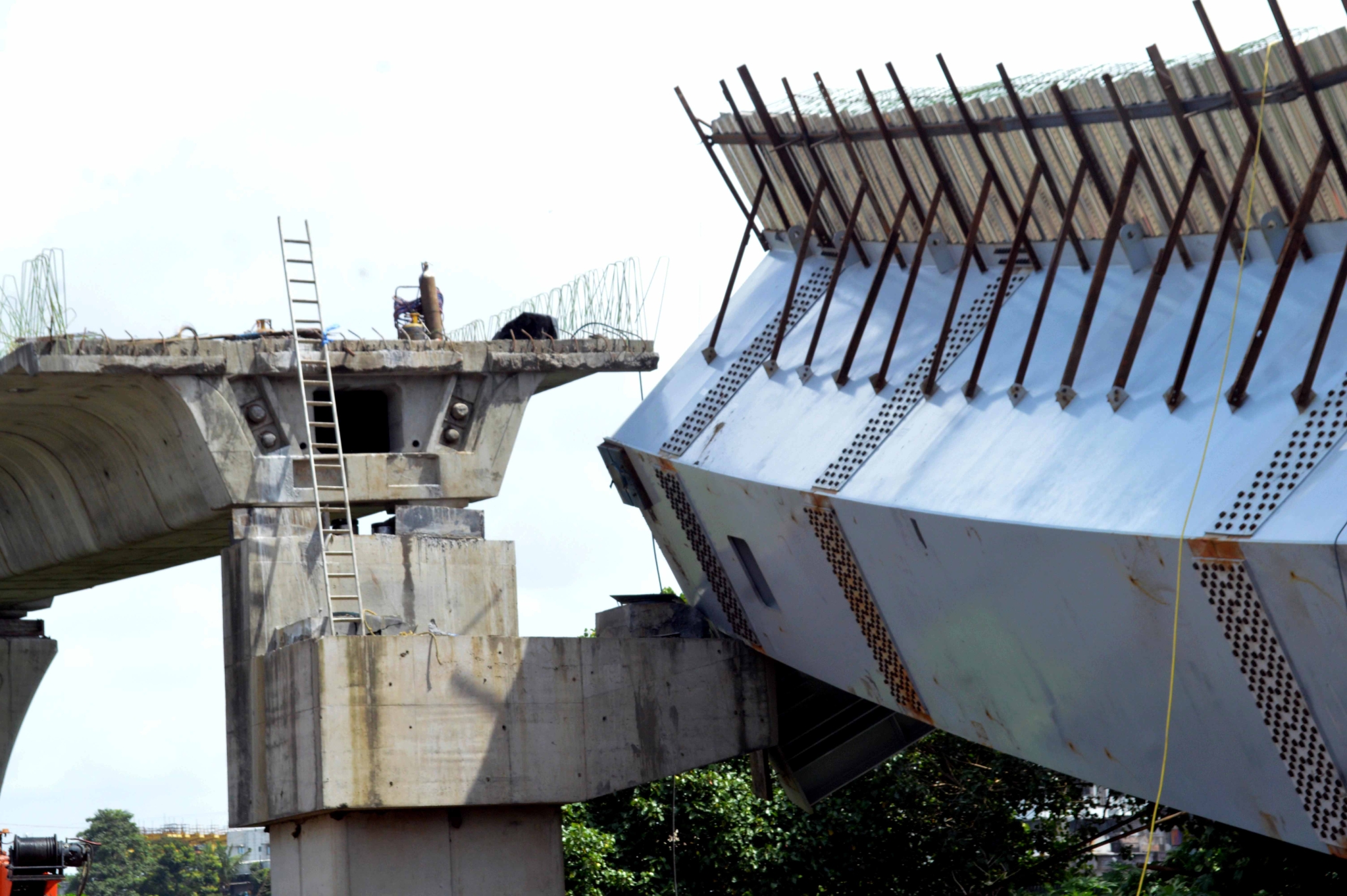 The portion of the collapsed under-construction bridge | BL SONI

Hours after the collapse of an under-construction flyover in Bandra Kurla Complex, the Urban Development Minister Eknath Shinde on Friday announced that a third-party assessment body and the MMRDA will jointly conduct an investigation.

On the other hand, the Mumbai Suburban District Guardian Minister Aaditya Thackeray said, "I have been in touch with MMRDA officials. The immediate priority was to ensure the safety of workers, all 14 are safe and fine. The MMRDA has instituted an inquiry and those responsible for the negligence will not be spared.’’

Shinde, who visited the site, said, “This accident is completely unfortunate and whoever is responsible for this accident will be severely punished.”

Although the accident appeared to be due to a fault between the girder's bearing and the nut bolt, he clarified that the culprits would be prosecuted only after a thorough investigation. Also, in order to prevent such accidents in future, he directed the MMRDA Commissioner SVR Srinivas to carry out a third-party assessment of the flyover being constructed.

Meanwhile, BJP has criticised the state government. Leader of Opposition in the state council Pravin Darekar questioned how the black listed contractors get project works. He demanded an impartial probe into the incident.