Mumbai: MMRCL pulled up for shoddy transplantation of trees 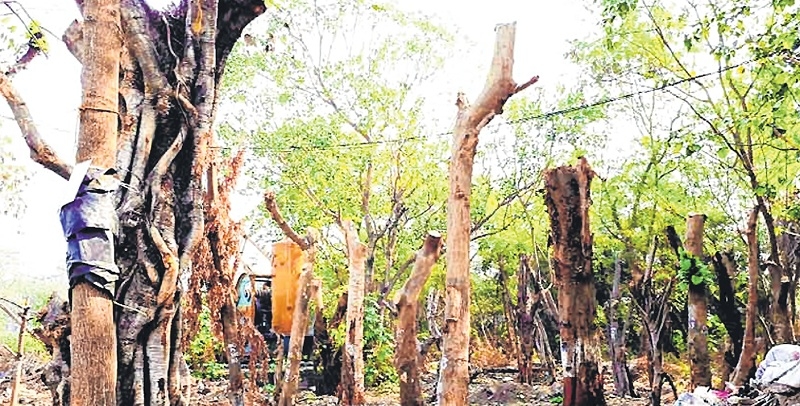 Mumbai: The Judges’ Committee on Friday slammed the Mumbai Metro Rail Corporation Limited (MMRCL) for failing to live up to the ‘assurances’ it had given to the Bombay High Court regarding the upkeep of transplanted trees in the city. The Committee, comprising of two-sitting judges of the HC pulled up the MMRCL after noticing that several of its earlier directions were not complied with. The committee comprising of Justices Bhushan Gavai and Amjad Sayed was irked over the MMRCL after it perused a report submitted by a junior tree committee, highlighting the failures of the metro authority.

This committee was constituted by the then Chief Justice Manjula Chellur of the HC, to deal with the grievances of the activists regarding tree cutting or failure of the MMRCL to upkeep the transplanted trees. After visiting all 27 stations on the Metro III line, the junior committee said, “Considerable number of transplanted trees are not showing signs of sprouting. The MMRCL was suggested to remove the dead trees from the sites after taking necessary permissions from the relevant authorities, however, it is observed that the dead trees are still at the sites, causing danger to the public and the adjoining trees.”

“There is still scope to improve the survival rate of trees. A proper and dedicated person needs to be appointed for taking care of the trees. Some transplanted trees are totally neglected,” the junior committee’s report stated. During the course of the hearing, activists Zoru Bhathena and others informed the judges that there was a rapid deterioration in tree care and that 759 of 1462 (52 per cent) of the transplanted had died/were on verge of dying. “We explained that this situation had come up simply because MMRCL was not taking adequate pre & post-transplantation care,” Bhathena told the Free Press Journal.

Having perused the report and hearing the submissions, the judges said, “Let us clarify, the metro is vital but so are the trees. We fail to understand as to why our earlier orders have not been compiled yet?” “We want names of the officers who can be held responsible for the non-compliance of our orders,” the judges added.

At this, the MMRCL officials, present at the hearing, sought additional time for implementing the earlier orders, however, they were interrupted by the judges, saying, “You are only interested in killing time. Hire or purchase machines for scientific transplantation of trees, at the earliest.” The judges while adjourning the matter, also directed the MMRCL to consider exploring the possibilities of geo-tagging of each and every tree.