Sadhu demands the two places be given to community, alcohol and non-veg be banned

Mumbai: Jains in large numbers on Sunday protested at different places in the city and extended suburbs against the desecration of Holy sites in Shratyunjay Giriraj in Palitana, Gujarat and proposed eco-tourism tag for Shri Sammed Shikhar in Jharkhand. Sadhus of the community also demanded that the hills be given to the community and till 500 meter periphery, consumption of alcohol and non-veg food be banned. Shatrunjay Giriraj is considered Holy because the first Tirthankar attained Moksha there while at Sammed, 20 of 24 Tirthankars attained Moksha.

"The footprints of Adinath Bhagwan were broken a month ago at Shatrunjay Giriraj Hills in Palitana. It is one of the holy places for us because our first Tirthankar went there," said Arvind Jain, resident of Byculla who participated in a rally that started from V P Road police station to August Kranti Maidan holding a placard showing the desecration. "Our Sadhu Maharaj were also hit there," said Saurabh Jain, another protestor from Marine Lines. 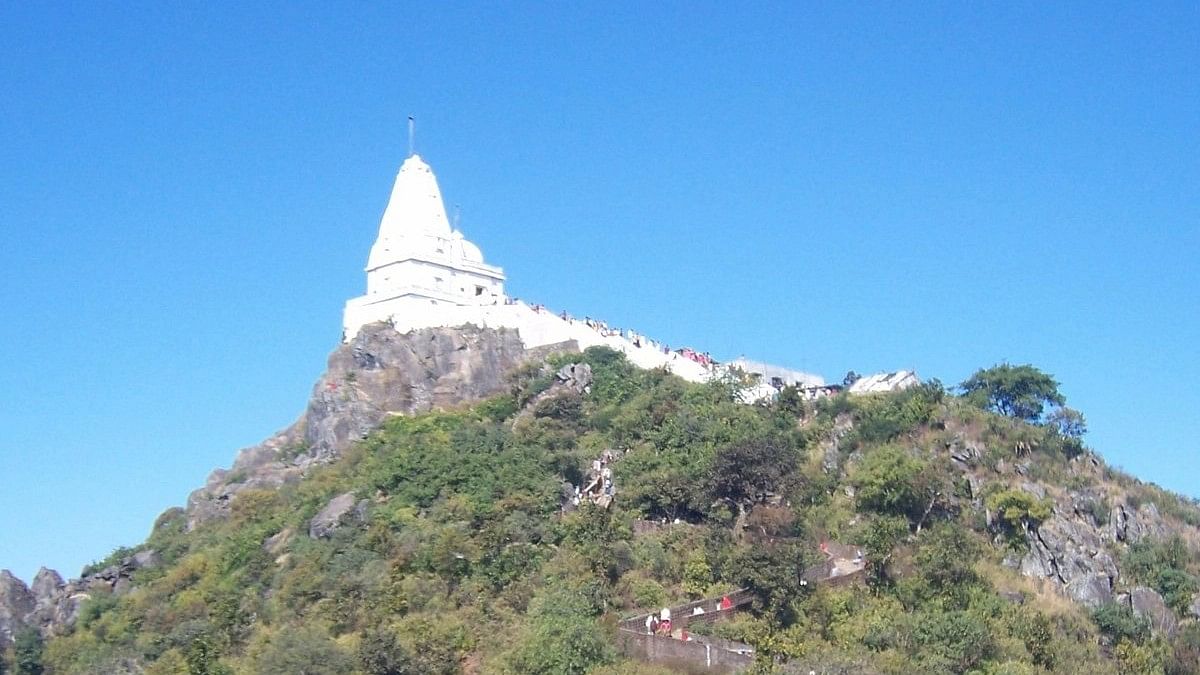 At the August Kranti Maidan, after the rally ended, speeches were made by Sadhus gathered, minister and local BJP MLA, Mangal Prabhat Lodha and Lodha's wife. The organisers thanked the minister "for doing everything" for the success of the rally.

"We want that the Shatrunjay Giriraj and Shri Sammed Shikhar be given to the Jains. Our other demand is that as per law, alcohol is not allowed close to religious places. Alcohol and non-veg should not be allowed in the periphery of these places," said Naypadmasagar Maharajsaheb, a Jain Monk.

Word in the section of the community was that hooliganism was allegedly carried out by a person affiliated to a right wing group. Videos were circulated in the community stating that an illegal Shiva temple was made and encroachment had taken place in Palitana and a person was misbehaving with Jain Sadhus in Shatrunjay Giriraj.

The Sadhu who was vocal towards his affection for Prime Minister Modi said, "Hamari Vishwahindu Bhawna ko Kamjori na mani jae (Our pan World Hindu belief should not be considered as our weakness)," and asked the community members to set aside around nine percent of theri budgeted about for religious affairs towards protection of the religious places. "For eight years I have been fighting against mining at Shatryanjay Giriraj. We had even given our blood for it. People say we are baniya ke bacche but we are Kshatriya ke bacche," said Virat Sagar Maharajsaheb, another speaker.

Mining activity, they said, was akin to encroachment in one's flat that needed to be fought. In the case of Shri Sammed Shikhar, members said that they did not want ecotourism to come up. "Eco-tourism in Jharkhand should not happen as it would spoil the sanctity of the place," said D C Jain, a protester from Phanaswadi. When asked about better roads and access facilities, he said, "Jains have always put their own money unlike any other community. Governments have given money to other communities but not to us. We can take care of the roads." There were conflicting views in the community on whether the Center or the state government proposed the ecotourism tag for Shri Sammed Shikhar as no one had the notification copy but community members were uniform in not having one. "Eco-tourism will bring prostitution, alcohol and even non-veg. This will spoil the sanctity of the place. In Palitana the culprit was caught and the Home Minister who is also from the community has said that if next time something like this happens, punishment will be such that the person will not think of doing something like this again," said Naypadmasagar.

Lodha's promise to the community

Lodha told the gathered community that he will not shave and wear footwear till January 15 and will meet the Governor on the issue. "Devendra Fadnavis may have made me minister but whatever I am today is because of you," said Lodha to the cheering crowd that forms a sizable mass in his constituency. The community is looking forward to having another protest at Azad Maidan on January 4.