The loan recovery agents morphed his picture and posted a comment on the said image stating that the victim has absconded after raping a 15-year-old girl.

A 39-year-old Jogeshwari resident has lodged a complaint with the police claiming harassment from loan sharks. Shockingly, in order to force the victim to repay the loan, the loan recovery agents morphed his picture and posted a comment on the said image stating that the victim has absconded after raping a 15-year-old girl. The fraudsters then shared the said image with those in the victim's contact list and tarnished his image.

According to the Meghwadi police, on May 22, the victim received a text message on his phone, which contained a link to a mobile loan app. Since the victim was in need of money, he clicked the link and the app got downloaded on his phone. The victim shared all required identities and bank details and gave all access to his phone to the app. Soon Rs 3,300 got credited to the victim's bank account and the victim repaid the said loan on May 27.

"Surprisingly, since then, the victim kept getting loan money credited in his bank account on at least four occasions, without the victim having requested for it. The accused persons kept threatening the victim to repay the double the loan amount, else they would share his morphed obscene photograph with his friends and relatives. The accused had morphed the victim's photograph and had written a comment on it stating that the victim has absconded after raping a 15-year-old girl," said a police officer.

The victim was forced to pay the money and when the threat kept continuing, the victim reported the matter to the police on Saturday.

The police have registered a case on charges of punishment for extortion, putting a person in fear of injury in order to commit extor­tion, intentional insult with intent to provoke breach of the peace, punishment for criminal intimidation and punishment for publishing or transmitting obscene material in electronic form. 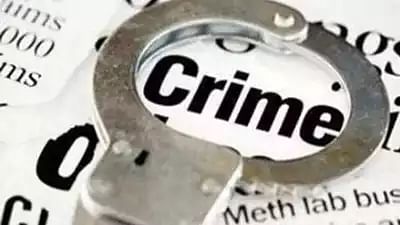