Mumbai locals for all? Here's what Union Minister has to say about resuming train services 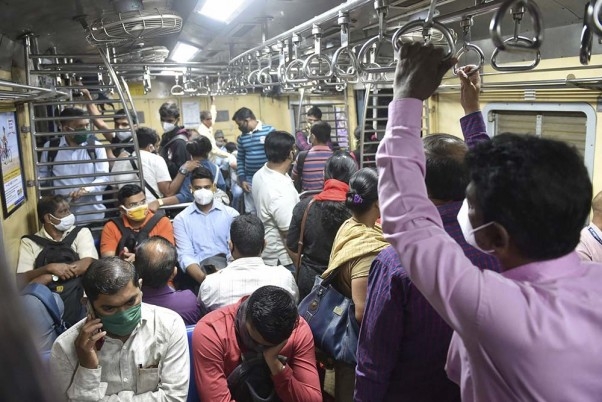 BJP leader and the Union Minister of State for Railways Raosaheb Danve has said local train services in Mumbai will be made available for the public once again if the Maharashtra government were to submit a proposal to that effect.

“The Ministry of Railways will approve the proposal to allow common people to travel by local trains in Mumbai. However, we have not received any such communication from the state government so far. The railway administration is not against commencing local train services for common people,” said Danve.

Danve’s response comes in the backdrop of demands by several passenger associations and BJP and the MNS for the resumption of local trains for the general public, especially for those fully vaccinated.

However, Mumbaikars, including those fully vaccinated, must wait just a little bit longer before they can travel by local trains. Chief Minister Uddhav Thackeray said on Thursday that the government would decide on the subject responsibly. “The government is considering resuming suburban train services in Mumbai for all commuters and a decision in this regard will be taken responsibly,” he said, days after the government’s revised Break the Chain order on the relaxation of some restrictions.

Thackeray was speaking at the inaugural function of a new building in H west ward. Even though restrictions have been eased in Mumbai and Thane, the Thackeray government is yet to give the green signal for the general public to board local trains.

He said that restrictions had been eased in all possible places. He has urged the citizens to coordinate with the government and requested them to not give up the race to fight against coronavirus.

Allowing all segments of society in Mumbai to board local trains would be difficult “in the first phase”, as the easing of curbs was being done slowly, Thackeray said.

However, Public Health Minister Rajesh Tope said Chief Minister Uddhav Thackeray would have the last word in this regard.

Before the Covid-19 pandemic, both the Central Railway and Western Railway ferried over 75 lakh commuters a day, running more than 3,000 suburban train services.

Suburban train services in Mumbai were suspended for the general public in April this year due to the second wave of the coronavirus pandemic.

At present, only government employees and essential services staffers are allowed to travel in local trains.

At the meeting with the state’s Covid taskforce on July 29, the state public health department had expressed reservations on allowing general public and fully vaccinated people to travel in local trains, citing the renewed threat of virus infection, as Delta variants like Delta-plus posed a threat and the possibility of a third wave.