Massive rains pounded Mumbai -- in many places measuring over 20 cms (200 mm), paralysing road and rail traffic, all through the night, officials said here on Sunday.

The Western Railway suburban services were stopped completely due to flooding on tracks at most places in the city and surrounding and many outstation trains were stuck at various locations.

Due to very heavy rain last night & subsequent water logging at various locations between Prabhadevi- Dadar and Virar- Nalasopara, suburban & long distance trains of Western Railway were affected. All pumps are working at water logged areas and the position is closely monitored by railway officials and field staff for early restoration.

The following Mail/Express trains have been regulated/short terminated due to water logging at multiple locations on account of heavy rains in Valsad area and Mumbai suburban section : Due to heavy rains during Night hours, water logging in several areas, bus operation is affected . 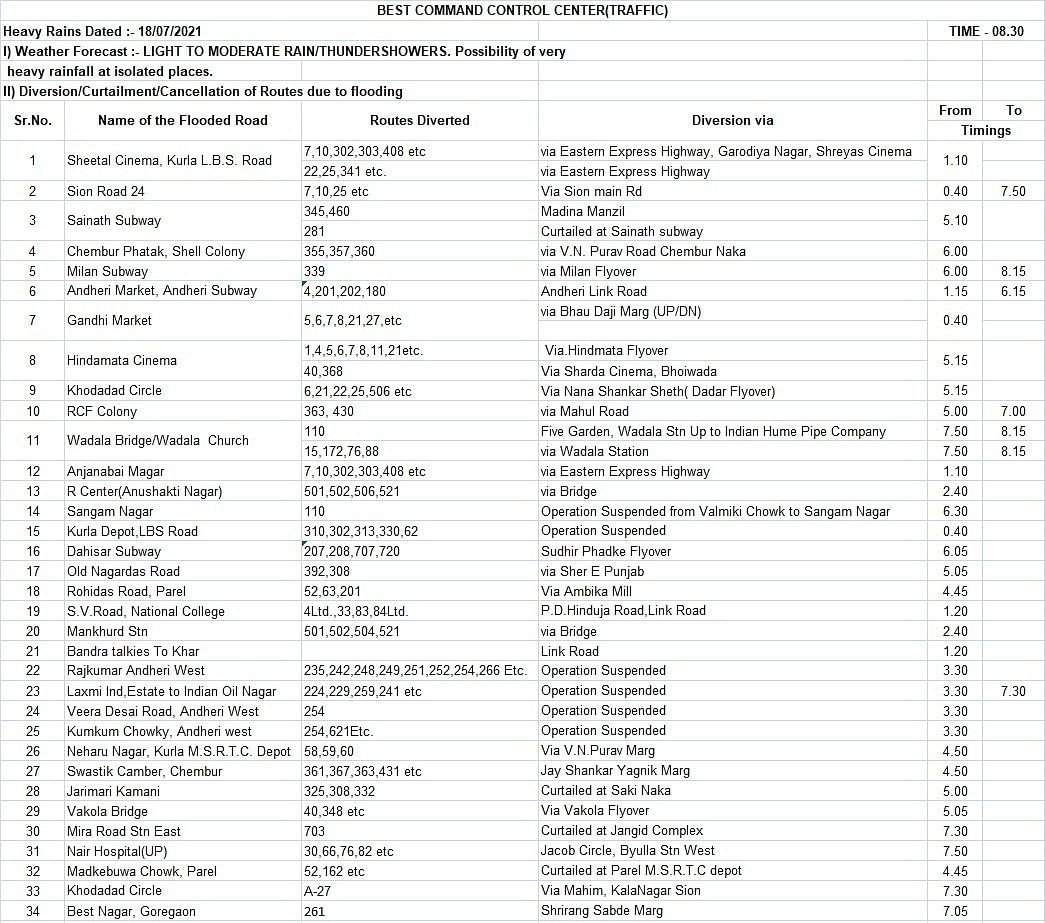 There was waist-deep water in some parts with water entering ground floor homes or buildings in many low-lying areas.

The downpour, which started after midnight, continued virtually non-stop and led to waterlogging or flooding in most parts of the city and the Mumbai Metropolitan Region (MMR).

The BrihanMumbai Municipal Corporation said its rain guages recorded over a staggering 157mm (15.7 cms) in the south Mumbai, 14 cms in eastern suburbs and 13 cms in western suburbs.

The Maharashtra government, BMC,A and the coastal Konkan districts of Ratnagiri, Raigad, Palghar, Thane and Raigad are on high alert with the Disaster Management Units in readiness for any eventuality.

"As of 3 a.m., rainfall measured by IMD. Some places have crossed 200 mm now.A Mumbai has faced an extremely intense system of precipitation accompanied by thundering. The BMC pumps are operational and officers are on ground," Thackeray said.

The IMD has forecast heavy to very heavy rainfall in Mumbai during the day.