Mumbai: Is minimum social distancing even possible in Maximum City?

As Mumbaikars eagerly anticipate unlocking orders expected on the 1st of June, the sharp realisation that stares us in the face after this most lethal second Covid wave is that greater freedom will come with much greater responsibility on the part of us citizens.

Another alarm call that this pandemic has set off, that cannot be put on snooze mode anymore, is the need to invest in public health in Mumbai, which is different from health care and encompasses housing, sanitation and open spaces. This is a long term measure but crucial for successful social distancing.

Is social distancing even possible in The Maximum City? Here’s what an Urban Planner, BMC official and restaurateur have to say. 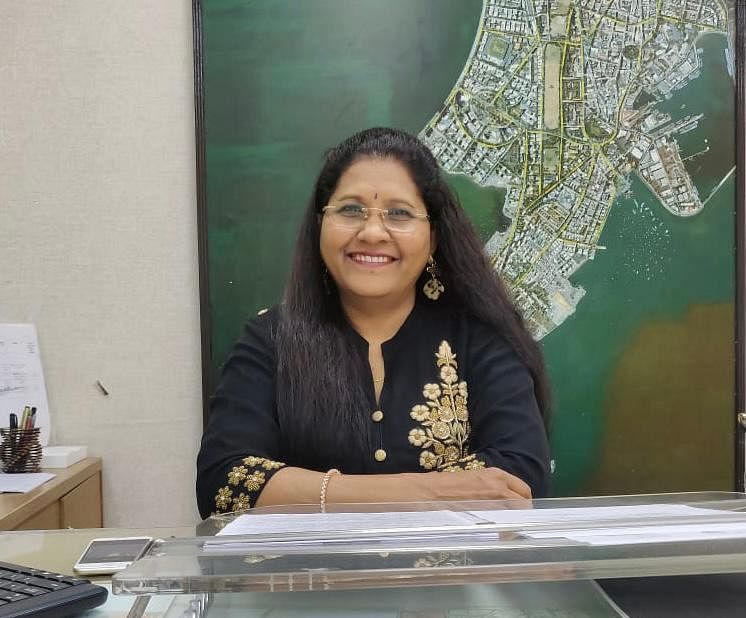 Chanda Jadhav, Asst Municipal Commissioner, A ward, Mumbai who had taken a tough decision to close Oval Maidan in February when she saw people flouting Covid protocol, says that she will wait for guidelines on June 1st. “Every Assistant commissioner has to take decisions for their own ward depending on their respective Covid numbers. Limiting numbers in large spaces like Oval Maidan from 1,000 to 500 at a time, and allowing 5 teams to play matches daily instead of 10 are some possible measures”, says Jadhav.

Whereas in Govt offices, shops and banks there are circles drawn for people to stand in, restaurants may not be as conducive to distancing since people are there to unwind. According to Ayush Arora, co-owner of popular South Mumbai resto-bar Hammer and Song, restaurants will open up only in the third phase of unlocking along with gyms, which may not happen before August. However restaurateurs will start lobbying with the state govt in June. On whether people will be apprehensive to dine out he says, “Last October when things opened up there was a pent up demand, that will be there now as well. Though things have been worse there is a basic human need of interaction over meals and drinks, which isn’t going anywhere. The US govt is encouraging people to dine out as it’s a large share of GDP, so if there’s govt support here as well, things will get back to normal much faster”, says Arora, who is also Business Head of Fountain Hospitality which has 5 outlets in the city.

About Social distancing and safety measures he says, “We did everything we could when we opened including cling wrapping plates, temp checks, masking of staff, 1 meter distance between tables and maintaining only 50 per cent capacity. We followed all the BMC guidelines and took our own initiatives as well, however a feeling of normalcy creeps in and it’s up to customers to follow rules also. We can’t be too strict because you don’t want it to feel like a hospital”.

He feels the Govt will be stricter this time in implementing things, which is justified. The key is vaccination, but in a vastly populated country like India you can’t make that a rule for dining out, it’s not viable.

The BMC was sending teams to restaurants and shops and issuing warnings in the first unlocking, and they will continue to do so. “If there’s no urgent need to gather people should avoid it and private offices should allow employees to work from home. But we can only appeal to people”, says the Asst Commissioner.

Challenges of Working from Home

Urban planning expert Pritika Hingorani, who is Director and Research Fellow at IDFC Institute, a think/do tank that works with several state governments, takes a realistic view that working from home long term is more challenging in India than it may be in developed economies.

What’s more she says, “Many service sector jobs depend on office districts, such as restaurants, chai wallas, dosa wallas etc. From her own experience, there are other reasons why working in an office long term is invaluable – you build trust, and a shared sense of purpose in the office. For younger people especially, offices are where you build social capital”.

Bank on fans and not air-conditioning

However, since the virus transmits via aerosols, sitting in an AC room for several hours is very risky in the short term; even a six-foot distance in a closed space won’t protect you if someone in the room is infected. “The fundamental issue is not distance, it is air circulation. Outdoors you could be less than 6 feet away from someone, but if there’s a breeze you are much safer. Keeping parks and public spaces open longer allows people to get fresh air, while limiting crowding. Poorly ventilated indoor spaces are the key risk. Most of our offices don’t have AC systems that recycle the air enough. I am no expert, but where possible turn on fans and keep windows open”, advises Hingorani.

For those offices that can afford it however experts recommend retrofitting the AC to do up to 12 to 13 air exchanges an hour. Because the 6-foot rule no longer holds, the best you can do is keep replacing the air in a given space.

Use a mask properly

The unanimous view is that the most effective measures are vaccination, proper masking and hygiene. If the mask isn’t worn over the nose, and a snug fit, it is of little use. Following the UK example, decentralisation of vaccination is important. Once there is adequate stock people can buy vaccines at pharmacies and get it administered by their GPs

With limited options in the short term, there has to be long term planning to prepare for future outbreaks. IDFC Institute, TIFR, ATE Foundation and others had helped the BMC carry out a serological survey last July to test the presence of antibodies. They found 57 percent prevalence in slums and 12 percent in non-slums.

“The survey shows it’s easier to protect yourself in high-rises than in slums as you have more space per person, and don’t share toilets. The need of the hour is investing in public health, which includes creating more space per person, access to clean water and sanitation. The pandemic has given people an excuse to say that dense cities are the problem. That’s not so. Especially, as we try to recover from the devastating economic impact of Covid, cities are where jobs will be created. However, we have to invest in healthier cities”, says Hingorani.

“We tend to be afraid of allowing more floor space to be built because we believe that’s where congestion comes from. A study of Covid transmission in NYC revealed that it wasn’t mid town, with its tall buildings, but boroughs with shorter building and less space per person that were worse affected”, says Hingorani.

More space does not mean pushing cities out further or relocating to the suburbs, because making cities sprawl endlessly is bad for the environment, productivity and innovation, as people have to commute longer distances to work. “In Mumbai we are swimming in unutilised land or land that is used sub optimally”.

This is a long-term fix that involves investing in clean public transit, bringing more underutilised land into the market, possibly increasing FSI, but most importantly investing in water and sanitation. It’s difficult, but can be done.

With Mumbai becoming a model for Covid management in India, we can only hope that the administration takes a long-term view and uses this pandemic as a reason to push through imperative reforms in housing and land use. There is a lot of land locked in litigation and experts say some Govt agencies such as the railways need much less land than they’re using. They would be better off monetising those assets and using that land for housing and open spaces.

After all, it was the deadly cholera outbreak that led London to invest in public health back in the mid 19th century when the epidemic was traced to a contaminated water pump in Broad Street.

In the meantime we Mumbaikars must realise that dropping our guard too much once we unlock will cost us very dearly.

HomeMumbaiMumbai: Is minimum social distancing even possible in Maximum City?