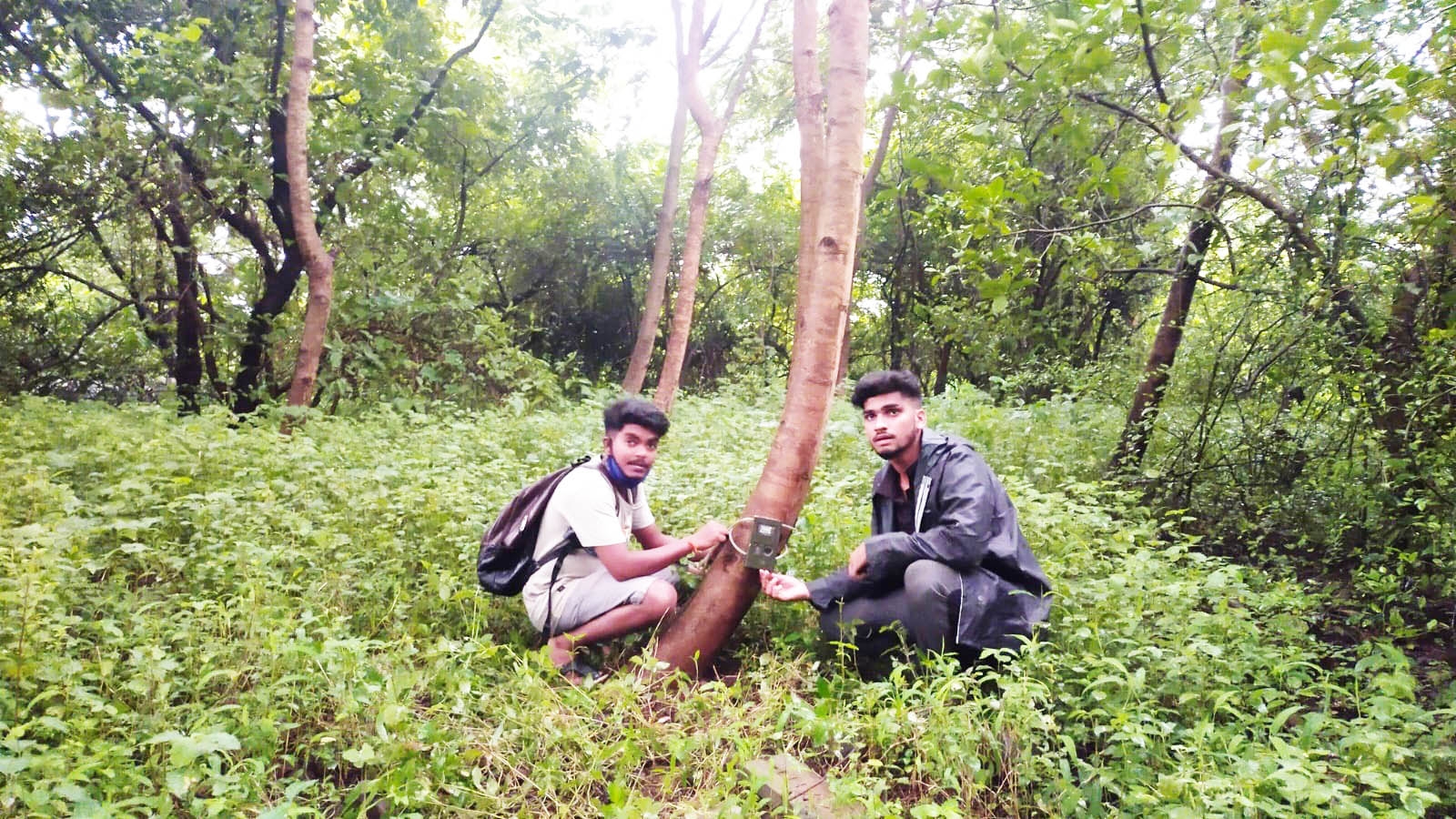 A day after a 55-year-old resident of Visava Workers Colony was grievously clawed by an astray leopard, a 19-year-old resident of Santosh Nagar, Rajesh Rawat, became the sixth victim of the animal in Aarey Colony. Officials said the attack took place at around 10 pm on Thursday, with no further details. Rawat had gone to Unit no 7 on Film City Road to drop a friend at the time of the incident. He suffered injuries on his head, neck and back, and was admitted to HBT trauma care centre in Jogeshwari.

Six leopard attacks in a month, including two on children, have struck terror in not only the tribal hamlets of Aarey Milk Colony but also the adjoining residential areas. The incidents have brought back horrific memories of 2017 when a three-and-a-half-year-old male leopard injured four people and killed a child before being trapped.

The attacks have also brought back into focus the human-leopard conflict and related government management policy. It has forced forest officials and conservationists to take urgent measures. The Thane forest department has sought permission from the principal chief conservator of forest (wildlife) for setting up traps. On Thursday evening, three trap cages were installed and activated to capture the rogue leopard by the Sanjay Gandhi National Park (SGNP) team. Forest officials said the animal is likely a leopardess. 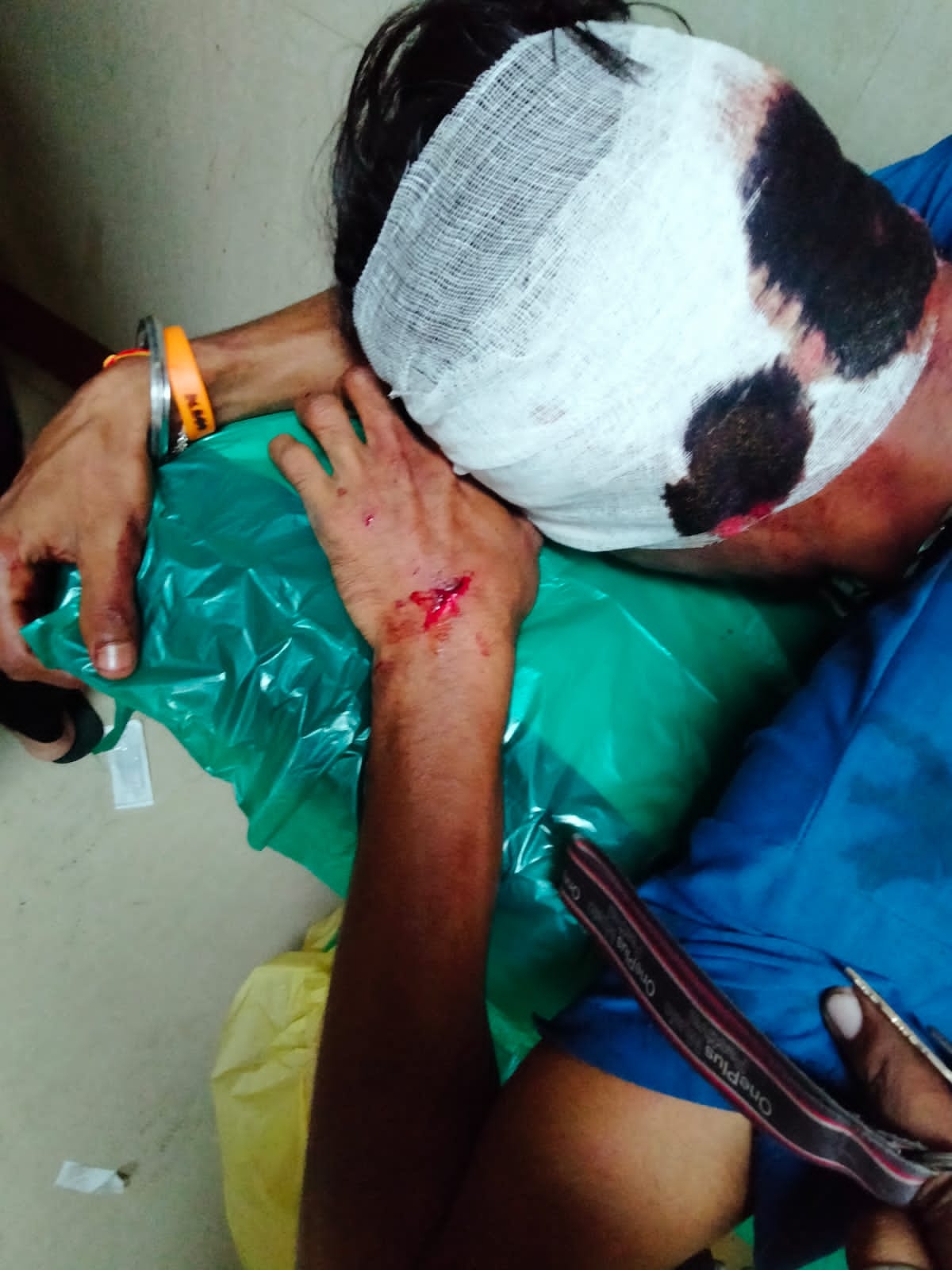 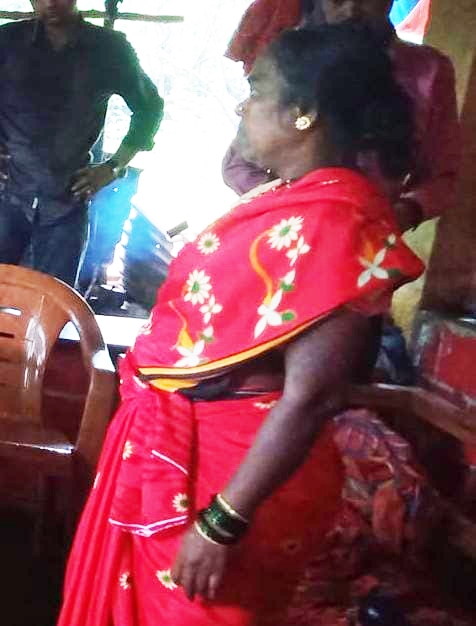 Scared to step out of the house

Vinod Kumar Yadav, the uncle of four-year-old Aayush Kumar Yadav, who was attacked on September 26, said he chased the leopard for about 30 feet. “It must have got scared and backed out. I saw the animal staring at me as if it would charge at me. My nephew was lucky.” He said the incident has left the neighbourhood in shock. “People are now scared to step out in the morning and after 7 in the evening,” Yadav said.

Tribal leader in Aarey, Prakash Bhoir from Kelti Pada believes that the rise in attacks is a result of a drastic decline in the leopards’ habitat. “We have been living alongside these animals for decades, we consider them as gods. They never harmed us in the past, but suddenly we are facing a life-threatening crisis,” he said, attributing the menace to encroachments and infrastructure projects eating into the forest area.

Aarey Milk Colony is spread across 3,166 acres, of which 808 acres were declared a forest earlier this year by the state government. Around 230 acres were handed over to Central government bodies such as the National Dairy Development Board, Central Poultry Farm, and the Reserve Bank of India in the 1950s and ’60s. Over the next few decades, another 810 acres were given to state government bodies such as the Mumbai Veterinary College, State Reserve Police Force, MHADA, BMC and the Film City, the most recent being 90 acres for the state police’s Force One special security agency. There are also 36 cattle farms spread over another 400 acres. 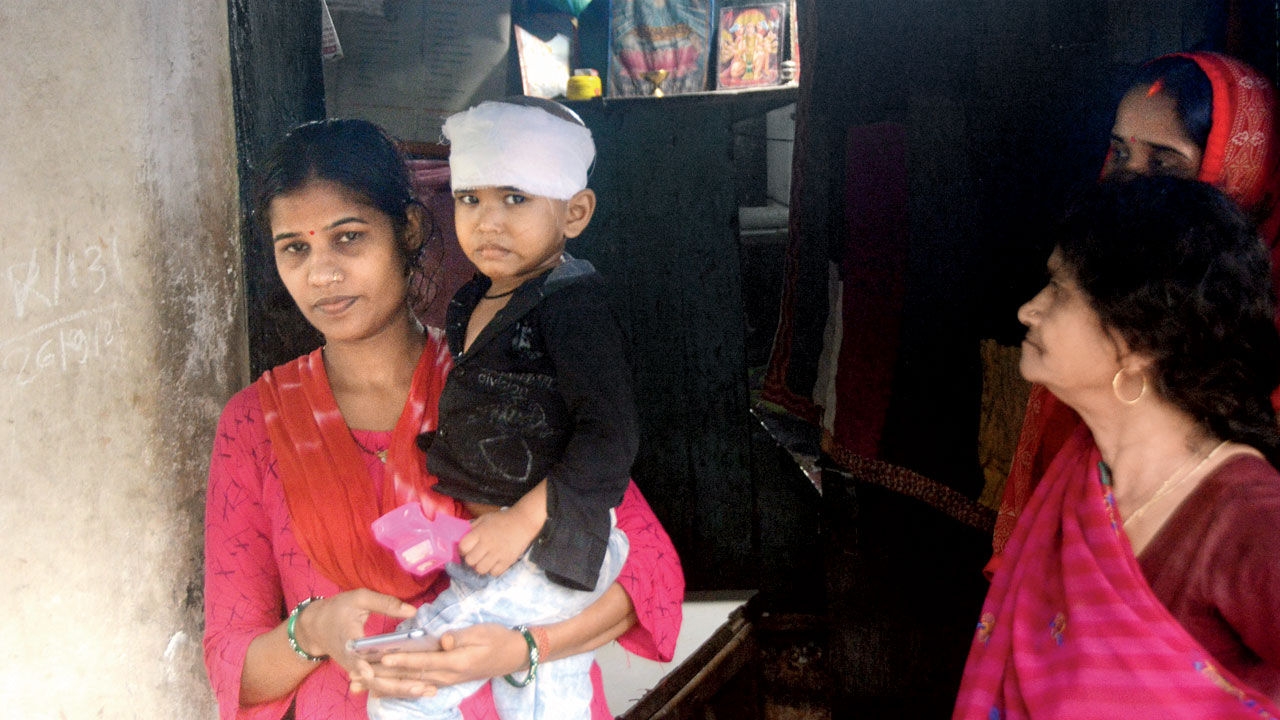 A total of 27 tribal settlements with around 10,000 residents are scattered across nearly 1,000 acres of green space. Bhoir said, “As of today, Aarey has over 40,000 illegal residents or non-tribal living under tin sheds. They dump garbage and throw leftovers in the open, which attracts strays. Leopards venture here to prey on these stray animals but instead find kids unattended, defecating in the open.”

Jogeshwari MLA Ravindra Waikar (Shiv Sena), under whose constituency Aarey comes, said he distributed dustbins in the area. He also informed the BMC to regularly collect waste from this area. 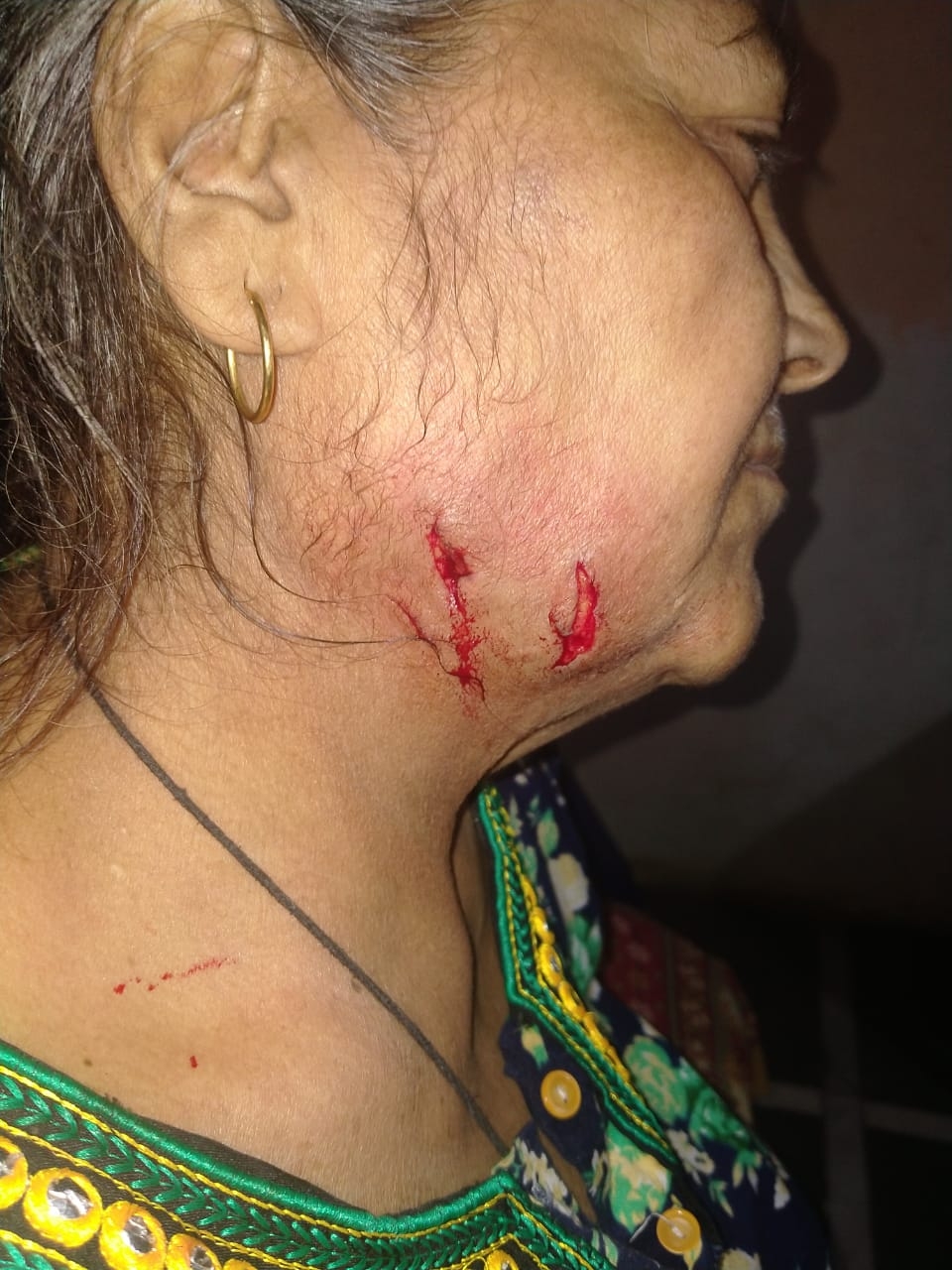 Trapping is the only solution

Director of Wildlife Conservation Society (India) and wildlife biologist Dr Vidya Athreya said when humans and wildlife share space, man-animal conflicts occur. “Unlike 20 years back, we are now aware of the situation, and we know how to deal with it, thanks to the citizen science movement in Aarey Colony,” Dr Athreya said.

These experts said that this particular animal has been charging at people, showcasing aberrant behaviour. This points to a troubled animal. Dr Athreya said, “These incidents have happened in a small radius and it’s difficult to say what kind of provocation the animal responded to. The animal has to be trapped and removed from this landscape.”

Wildlife conservationist and director of the Corbett Foundation, Kedar Gore said, “Looking at the video of the elderly woman being attacked on Wednesday evening, the leopard looks juvenile to me. The way of attacking also looked very clumsy, unlike any adult. However, further study needs to be done.” 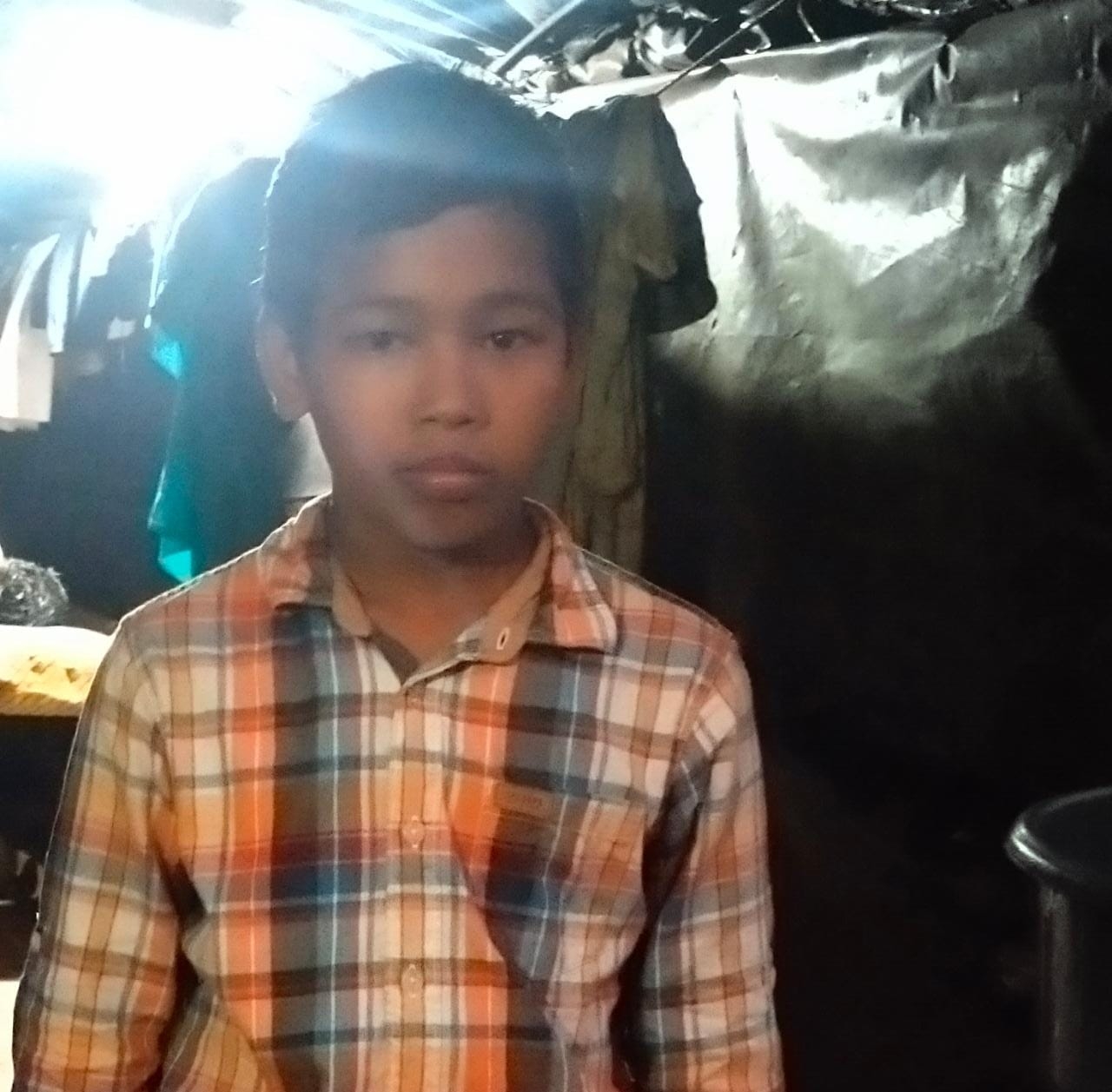 Wildlife warden (Mumbai suburbs) Mayur Kamath Kamath said, “The number of cubs in the area is very high, hence there is a competition for food. Most of the time, they venture close to human settlements in search of food. While some are skilled at identifying human prey and strays, some make mistakes. Once attacks on humans start, it is time to remove the animal from the landscape.” 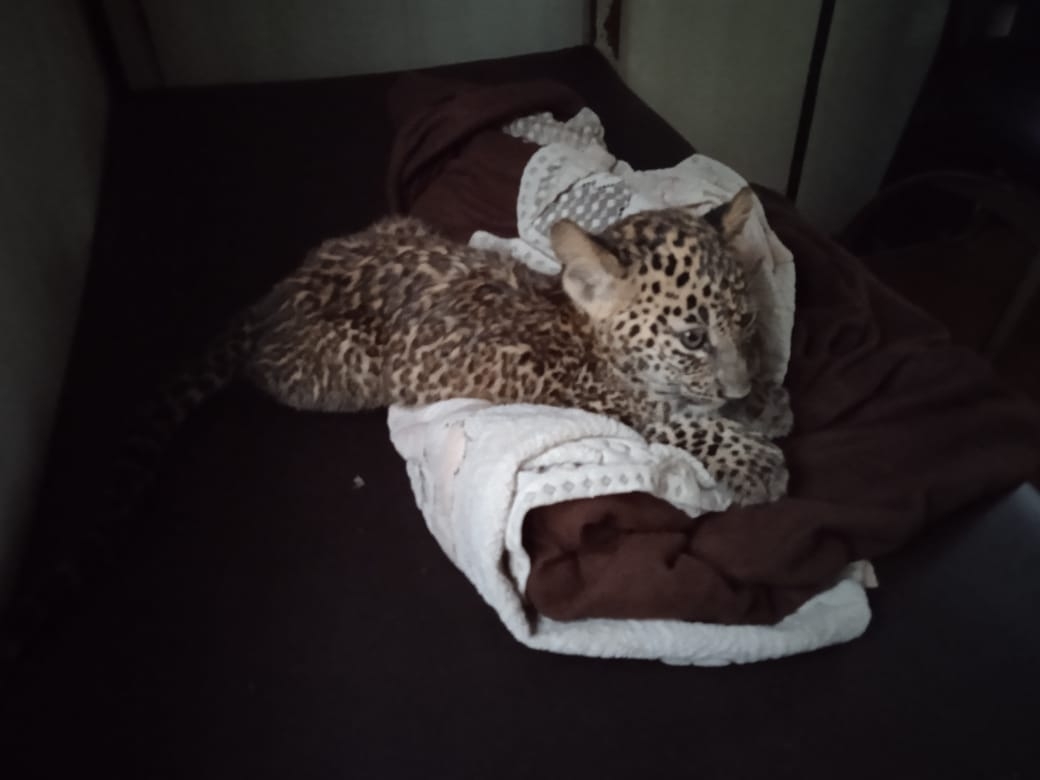 Just as forest department officials, conservationists and volunteers are stepping up efforts to capture the leopard whose attacks have terrorised the people in the area, the two-month-old cub, whose cosy blanket photo went viral recently, has gone missing. Forest officials insist it’s a sign of being reunited with its mother. The cub was rescued by local residents from the Metro Car shed area in Aarey Milk Colony on Tuesday evening. It was to be reunited with its mother on Thursday, officials of Thane forest department (territorial) said. On Wednesday night, the animal was kept near the location from where it was rescued, with camera traps installed to detect motion.

Assistant Conservator of Forest from Thane forest Department, Girija Desai said, “The attempts of reunion have been successful. The locals have also confirmed to us that they have seen a leopardess with cubs.”

In 2017, forest officials and wildlife experts encountered a similar situation, wherein a three-and-a half-year-old leopard went on an attacking spree and killed a child. It took 54 days to finally trap the animal, unofficially named ‘Regulus’, in Film city area, Goregaon.

Recalling his encounter, wildlife warden (Mumbai suburbs) Mayur Kamath said, “We had an individual leopard showing signs of abnormal behaviour. Such behaviour is reflected in animals who walk into new territories or are forcibly released from one place to another. Not only leopards but even tigers can do the same.”

Wandering a large area, Regulus had managed to take foothold of the entire landscape. He was found to be roaming in areas of Force One, Aarey Colony, SRPF grounds and Film City. Kamath said once he crossed their path. “To our luck, it walked straight into the bait,” said Kamath. 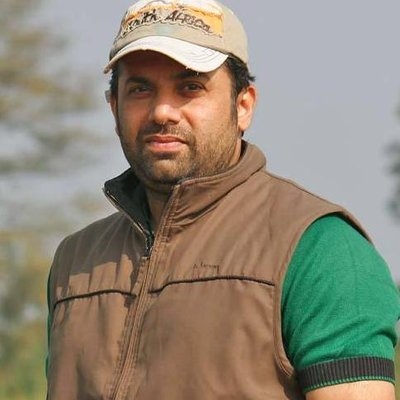 Looking at the video of the elderly woman being attacked on Wednesday evening, the leopard looks juvenile. The attack also looks very clumsy, unlike any adult animal. However, further study needs to be done. 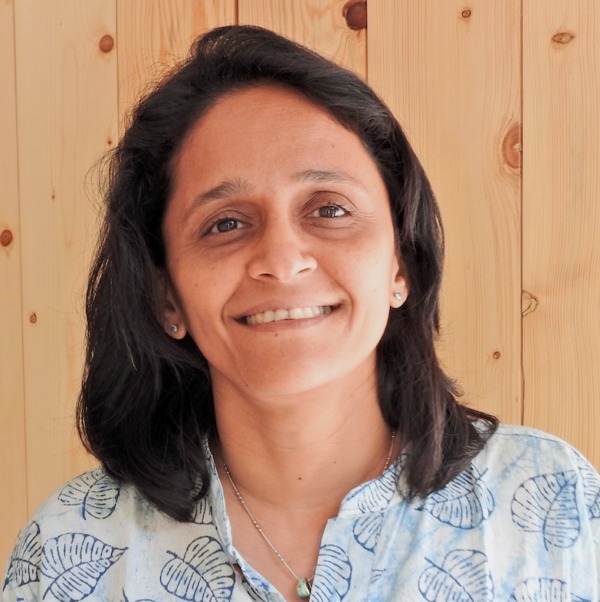 These incidents have happened in a small radius and it’s difficult to say what kind of provocation the animal had to respond to. This seems to be a single leopard involved in these multiple attacks. The animal has to be trapped and removed from this landscape.