As per the claims made by these drivers and cab owners these illegal drivers by some means keep cancelling the ride booked by the passengers on the App.

In what could be stated as a major safety and security concern especially for women arriving at Mumbai Airport; unscrupulous illegal drivers posing to be part of aggregator cabs are soliciting rides from Mumbai Airport. This is what aggregator companies and their drivers have claimed in a letter written to Mumbai Airport authorities and Mumbai police.

Earlier this month, the drivers and owners of aggregator cabs working for Uber and Olacabs wrote a letter to Mumbai International Airport Limited (MIAL) and Mumbai Police along with cab operators as well; about some devious elements who solicit passengers arriving at Mumbai Airport to board their vehicles and cancel rides on Apps of these aggregator cabs.

As per the claims made by these drivers and cab owners these illegal drivers by some means keep cancelling the ride booked by the passengers on the App. This apparently leads to increase in demand which then spikes the fares as well. Later, when they find a passenger arrived at Mumbai Airport, waiting for the aggregator cab; they ask the passengers about the fare at which they had booked the ride. All this happens inside Mumbai Airport premises - Chhatrapati Shivaji Maharaj International Airport has provided space to aggregator companies and their cabs for parking and pickup points.

After this, they bargain a revised fare which is lesser cancel rides and ferry them at less fares without logging on the app. Only recently, the aggregator cabs amended few changes in their functioning so that the drivers know the destination of passengers booking the ride and the form of payment as well.

The letter stated that ‘their vehicles don’t have vehicle tracking and GPS, nor vehicle has Fitness Certificate and other documents. At times the drivers don’t have Driving License as well. We have provided audio and video clips of instances when genuine drivers and aggregator cab owners tried to intervene and we were threatened and abused by them’.

Sources in the aggregator cab unions claimed that at times these illegally plying drivers take the ride asking them to sneaky while loading the luggage in the vehicle’s boot. ‘The drivers then ask the passengers to pay airport parking charges. The passengers are then offloaded after some distance from the airport and asked them to board another T-permit vehicle which is expected to take them till their destination,’ claimed the letter.

When asked about this issue prevailing at Mumbai airport; Uber spokesperson said: “Safety is paramount at Uber and we are always working towards enhancing safety for both riders and drivers on the platform. Few fraudulent incidents related to some unauthorized people posing as Uber drivers and fleecing customers were brought to our notice recently. We have raised this issue with the airport authorities and are hopeful of a speedy resolution”.

Meanwhile CSMIA and Sahar Police did not comment on the issue. There are separate windows for different cab operating aggregators, agencies and even black and yellow taxis running on prepaid system. 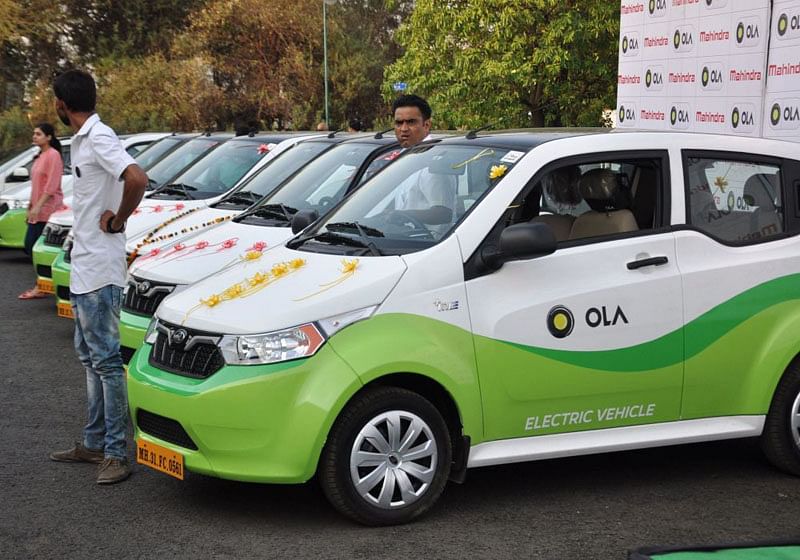