According to the ICG, at about 11: 46 am, Maritime Rescue Coordination Centre-MRCC (Mumbai) received an ELT Distress Alert from Australian and Indian MCC. MRCC Mumbai promptly traced the alert to be from Pawan Hans Helicopter (Sikorsky S-76D) employed for ONGC duties in Mumbai High.

An Oil and Natural Gas Corporation (ONGC) helicopter carrying nine persons, including two pilots, ditched into the Arabian Sea while attempting an emergency landing on an oil platform on Tuesday morning. The Indian Coast Guard (ICG) officials immediately launched an operation and managed to rescue all the persons within two hours, but four of them later succumbed during treatment at Nanavati Hospital in Vile Parle where they were rushed.

Of the four victims, three were ONGC employees and one was a contractual employee. They were part of a crew change which is a routine affair in the ONGC, said ONGC official Sonali Dutta. As per a multidisciplinary team of specialists from Nanavati, the survivors are clinically stable and are being evaluated for internal injuries.

According to the ICG, at 11.46 am, the Maritime Rescue Coordination Centre-MRCC (Mumbai) received an ELT distress alert from Australian and Indian MCC. MRCC Mumbai promptly traced the alert to Pawan Hans Helicopter (Sikorsky S-76D) employed for ONGC duties in Mumbai High.

MRCC coordinated the search and rescue operations with ONGC control room and Nhava base. Urgent requisition was also made to the Indian Navy and accordingly Naval Seaking Helicopter and Advanced Light Helicopter (ALH) were launched promptly.

As per the ICG statement, “In challenging weather conditions, OSV Malviya-16 located and rescued four survivors… one was recovered by a lifeboat launched by ONGC rig Sagar Kiran. Similarly, Naval Seaking and ALH recovered four survivors in critical condition and they were ferried to Juhu airbase for further medical management.” 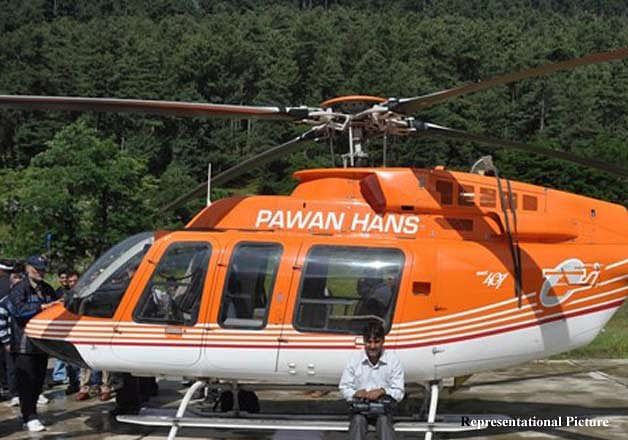