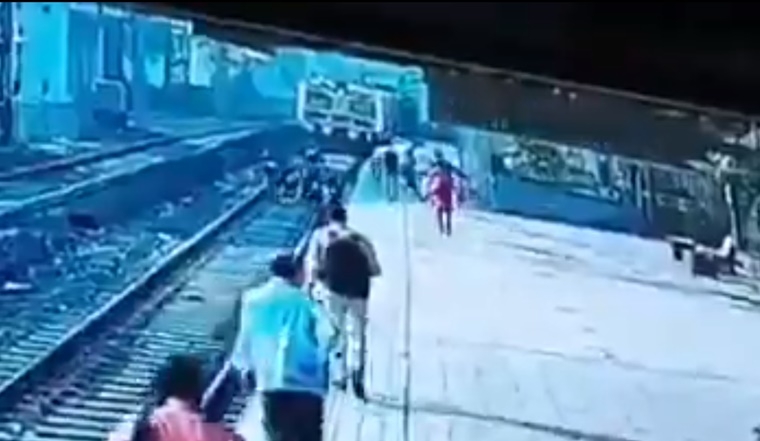 Sharing a video, where a man can be seen falling on the tracks after a dizzy spell, Deshmukh highlighted how Bansode, disregarding her own safety rushed to rescue the man. The incident occurred at Grant Road Station, Mumbai.

Bansode, who was on duty at the time, saw the man falling down, and immediately rushed to help him. She jumped on the tracks and brought him to safety with the help of other commuters before an upcoming local train could arrive.

Maharashtra Home Minister Anil Deshmukh praised Lata Bansode for her timely intervention. “The timely action taken by MH security force female officer Lata Bansode along with the help of civilians saved the life of a man from being crushed under a train who fell on the railway track due to dizziness at Grant Road railway station. The bravery shown by them is laudable,” Deshmukh tweeted.

This is not the first time such an incident has occurred. On December 14, an alert Railway Protection Force (RPF) constable saved a 29-year-old woman from being crushed under a running train at Mumbra railway station on Monday morning. 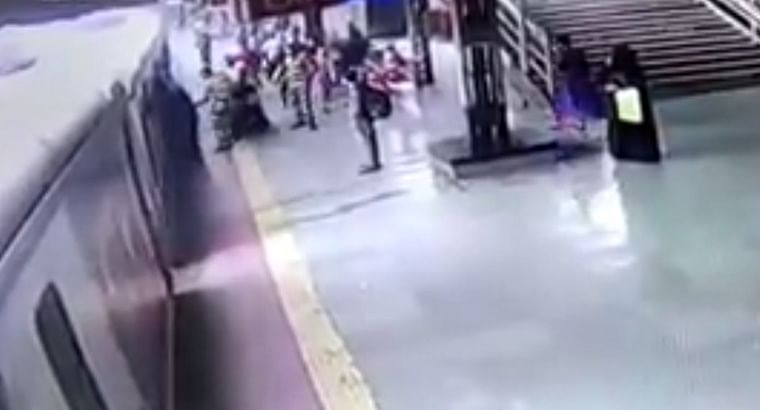 The incident took place at 10.35 am. The video of the incident was shared by the Central Railway, which shows a woman passenger, Rijban Safad Khan, trying to board the local train at Mumbra station with her six-year-old daughter. While she managed to get her daughter on board, she lost balance and tried to get inside the compartment while the train gained momentum.

After seeing the woman falling, alert Maharashtra Security Force (MSF) personnel Shahrukh Sheikh, Rahul Sonawane and Santosh Devkar pulled out and saved the woman who was slipping between the train and the platform.

At the same time, constable Anuradha Pagote who witnessed the incident, got on the moving train to ensure that the six-year-old did not get off the train. The Central Railway praised the RPF officials and said: "RPF Team Mumbra did a commendable job by reuniting the girl with her mother." 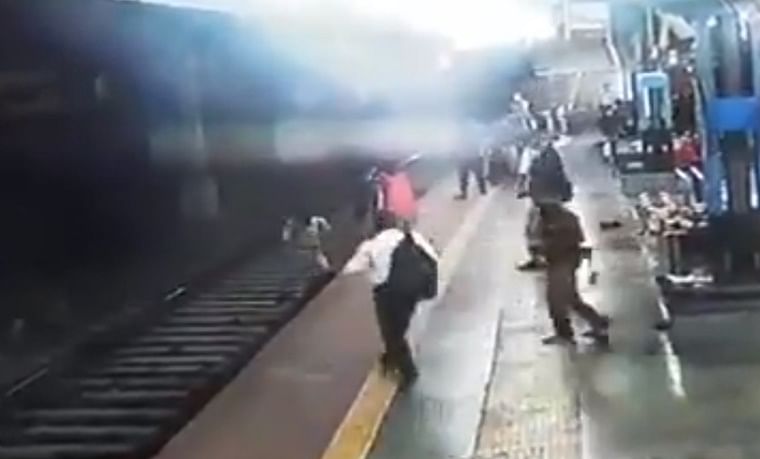