Mumbai: Committee set up to list areas prone to landslides 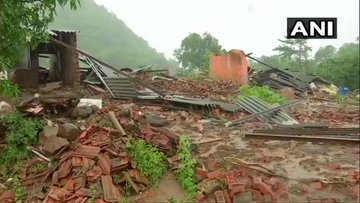 The fatality count in rain-related incidents in Raigad district of Maharashtra reached 47 on Saturday, including 37 in the landslide at Taliye village, the state disaster management department said. | Twitter/@ANI The Maharashtra government, on Wednesday, formed a 11-member committee, headed by IIT Bombay professor Ravi Sinha, to study and finalise areas prone to landslides. The move came after Chief Minister Uddhav Thackeray, who visited Talaye in Raigad district, where more than 80 people had died in a major landslide, announced that the government would come up with a plan to permanently shift and relocate people residing in such areas.

The committee comprises scientists from leading organisations. It will assist the cabinet sub committee to take further measures. The detection of such areas, believes relief and rehabilitation and disaster management department Deputy Secretary Shrirang Gholap, will help curb the loss of lives and properties in the future.

The government has appointed the retired IAS officer Prabhakar Deshmukh.