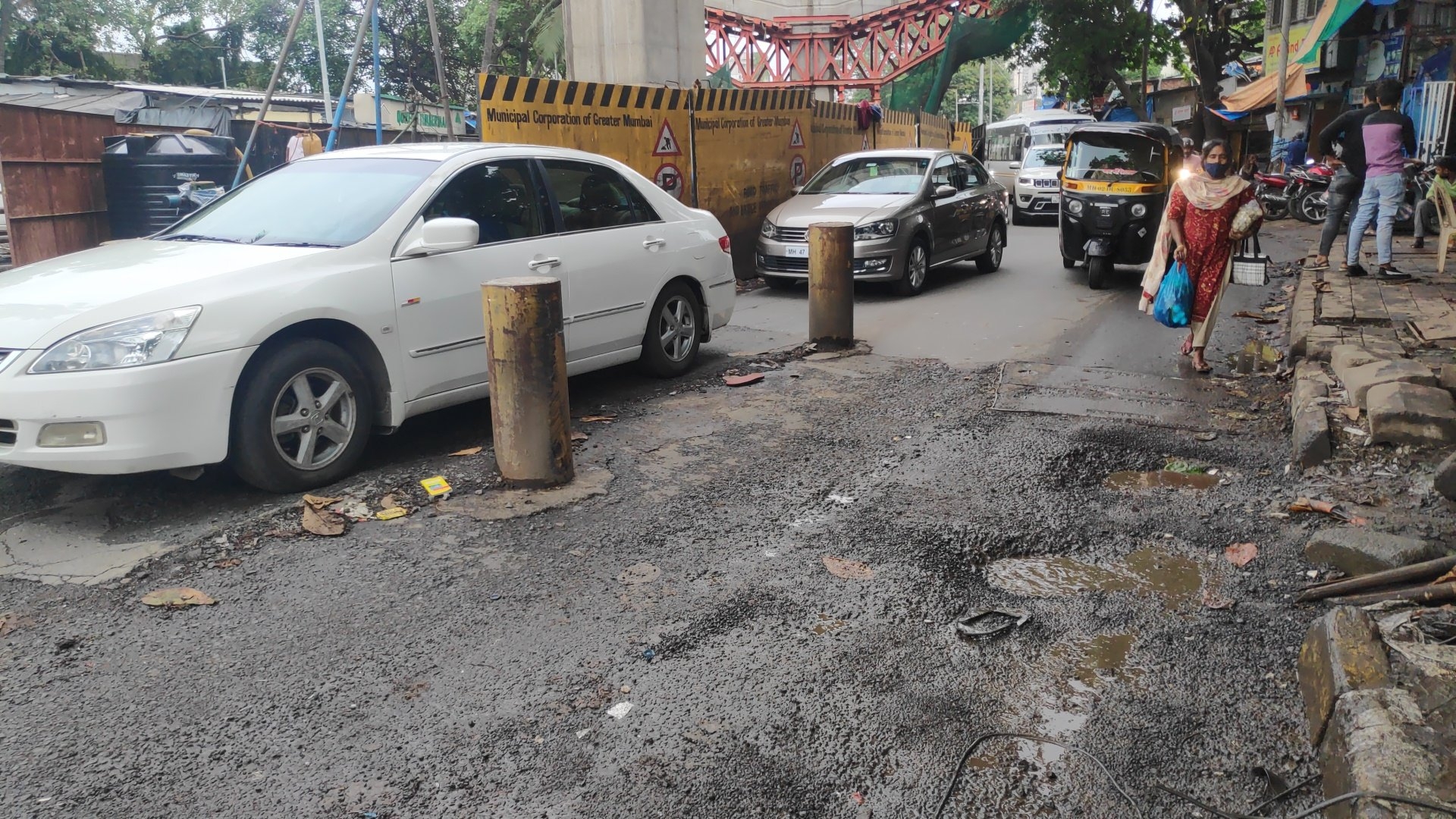 Bollards in the middle of the road over Oshiwara river bridge have become a potential disaster for motorists. Apart from potholes and the ongoing metro work, adding to the sufferings of daily commuters using this bridge are metal obstructions. These are resulting in damage to vehicles, motorists have complained.

The Lokhandwala Oshiwara Citizens’ Association (LOCA) has written to the Brihanmumbai Municipal Corporation (BMC) demanding to put reflective tape on these bollards and paint then red for better visibility, especially at night and during peak traffic hours.

LOCA director Dhaval Shah said these bollards have been placed in order to restrict heavy vehicles from using this bridge, as it is an old road and only light motor vehicles are allowed here. “However, the approach road towards this bridge is at an angle, making it difficult for motorists to see the obstruction.”

Karan Jotwani, a resident staying in the vicinity, faced damages to his car recently. He said, “Metal pipes placed to divide the road emerge suddenly and cause frequent accidents. A month ago, my car bumper got severely damaged as my view was blocked by an autorickshaw ahead.”

Deputy engineer Satish Thosar of the BMC’s bridges’ department said the civic body is aware of this issue. He said, “We had painted these bollards but I believe due to rains the colour has faded. We will repaint them until the work of the new bridge begins.”

He further said that the bridge will be demolished soon and a new one will be constructed. Thosar added, “At present, shifting of utility lines on the said bridge is underway. The length of the existing bridge is nearly 60 metres and as per the expected timeline partial work of the new bridge should be done by next year before monsoon.”