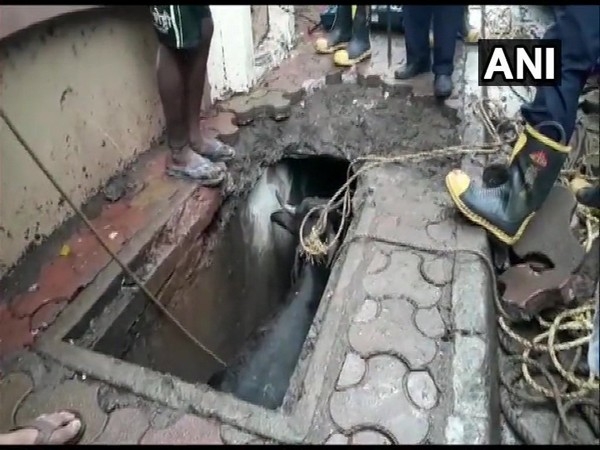 Leaders of the Bharatiya Janata Party (BJP) in the BrihanMumbai Municipal Corporation (BMC), on Monday, dismissed the civic body's claim of desilting 107 per cent of the major drainage networks in Mumbai.

Earlier, last week, Mumbai Mayor Kishori Pednekar had claimed that 107 per cent of desilting work has already been completed in all the drainages in the city. On Monday, a delegation led by BJP Member of the Legislative Assembly (MLA) Ashish Shelar and Parbhakar Shinde inspected major drainage networks in Bandra, Juhu, Malad, Chembur, Ghatkopar and Mahul.

"During the inspection, we found that all the major drains are being filled with garbage and plastic waste. BMC has been trying to fool people consistently for years now. We have photographic evidence and all the necessary documents to support our statement," BJP group leader Vinod Mishra said.

"Despite severe flooding across the city, the contract for desilting work is being given to the same contractors. This clearly establishes that the BMC administration and ruling Shiv Sena are jointly involved in corruption," Mishra said.

After BJP made its statements, Pednekar announced an immediate inspection of all the pre-monsoon desilting work. "The mayor who is sitting in her office called for an investigation visit only after we made the statements. A few days back, she said that more 107 per cent of the drains have been desilted," said BJP group leader, Prabhakar Shinde.

Earlier, last week, a delegation of Congress leaders led by Mumbai Congress chief Bhai Jagtap and Leader of Opposition in BMC Ravi Raja inspected the pre-monsoon drainage clean up work. Following which, the leaders said that BMC's claim of desilting drains is false, as sludges have not yet been removed from 20 per cent of the drains.