The campaign aims to create awareness among voters on how the Shiv Sena plans on wining the election.

To win the upcoming BMC election, the BJP has the 'Jagar Mumbai Cha' campaign in the city. The first Jagar Mumbai Cha rally was organised at the Bandra East PWD ground last Sunday. The campaign aims to create awareness among voters on how the Shiv Sena plans on wining the election.

Former BJP corporator and standing committee member of BMC, Bhalchandra Shirsat said, “BJP's campaign will expose the Sena's corruption in the BMC. Apart from that, the BJP will bring out the Shiv Sena's plan of consolidating Marathi voters and Muslim voters to win the BMC election.” 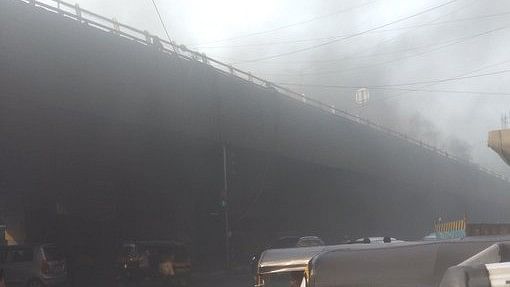 “The BJP has planned to conduct 36 rallies in all 36 assembly constituencies of Mumbai in a month and will highlight the Shiv Sena's 12,000 crore corruption in the BMC,” he added.

All BJP MLAs and MPs from Mumbai will conduct rallies under the Jagar Mumbai Cha mission in their respective constituencies. BJP ministers will also attend the rallies according to their schedules.

Few months back, the BJP had organised the Pol Khol yatra but it didn't attract much attention from citizens and its Pol Khol rath was attacked. The BJP had alleged that Shivsainiks had vandalised their rath. Later, a police complaint was registered in Chembur. This time the BJP changed its plan. Instead of organising daily campaigns, they will be held on Saturday and Sunday only. Multiple jagars will be organised in different assembly constituencies at a time.

Commenting on the Jagar Mumbai Cha campaign, Shiv Sena MP Arvind Sawant said, “The BJP is constructing walls of casteism among people. Is it their Hindutva? If you want to conduct a CAG inquiry of BMC's expenditure then you should conduct CAG inquiries of Pune, Nagpur and Nashik Municipal corporations too. Which corruption is the BJP talking about? They were in alliance with us for the last 25 years.”

“They are afraid of the Shiv Sena. It's my challenge to them. They should hold elections immediately,” Mr Sawant added.

PETA activist Ingrid Newkirk slammed by Mumbaikars for wasting water by her dramatic public stunt of...