Mumbai: At least 12 people, including eight children and a senior citizen, were killed and seven others injured after a ground plus three-storey structure collapsed atop another ground plus one structure in a slum at Malvani, Malad late on Wednesday night. The incident occurred after the city witnessed heavy rainfall throughout Wednesday.

Chief Minister Uddhav Thackeray has announced Rs 5 lakh ex gratia for the kin of the deceased incident and the state government will bear the medical expenses of those injured.

According to the BMC disaster management cell, the incident was reported around 11.10pm, from the slum at New Collector Compound on Abdul Hamid Road, Malvani Gate No. 8 areas. The slum pocket has come up on Collector land. 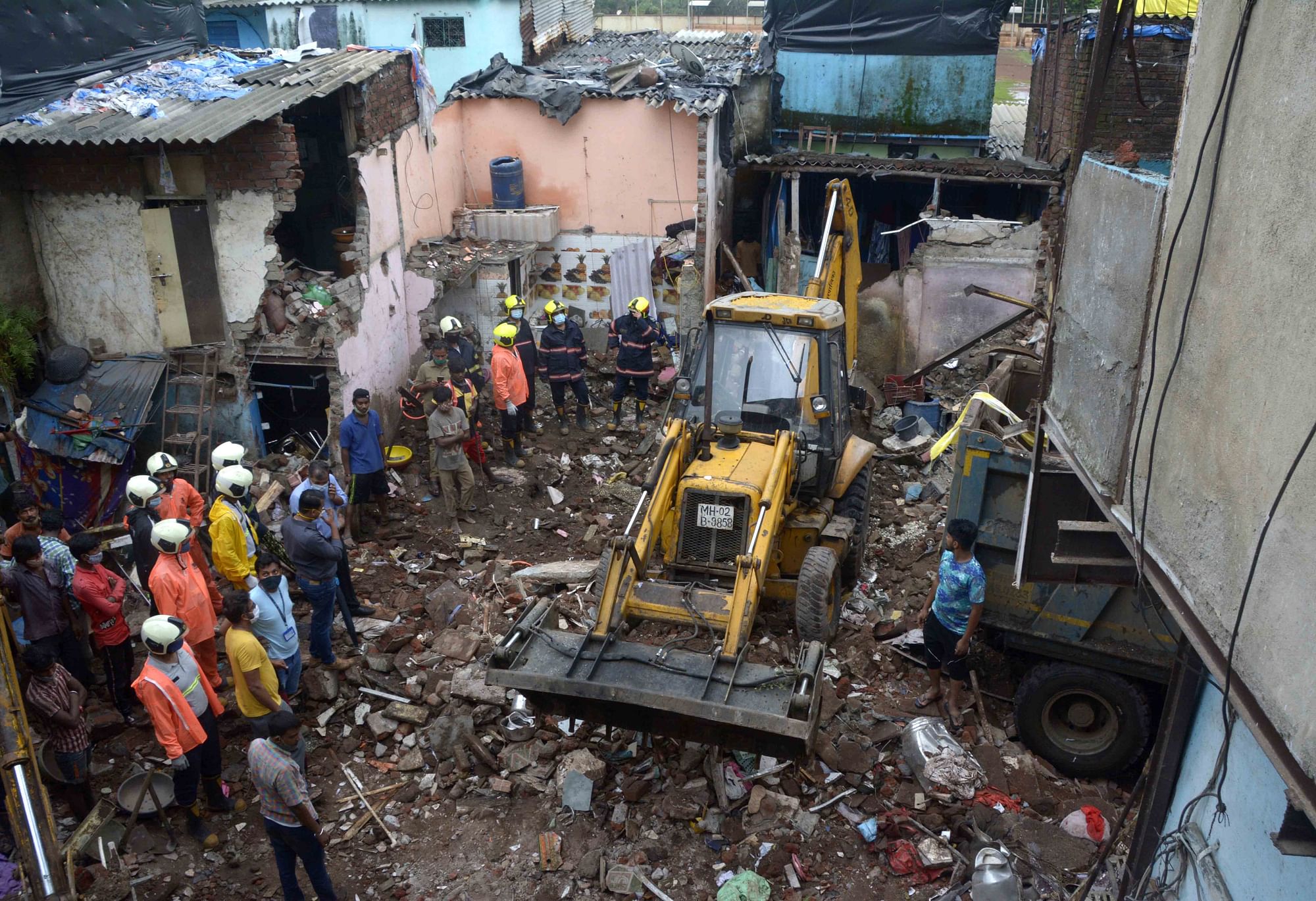 “After continuous rain on Wednesday, the second and third floors of a ground plus three-storey building collapsed and fell on the adjoining ground plus one structure, bringing it down. Eleven bodies were recovered in the day while the 12th one was recovered in the evening,” said an official from BMC’s disaster management unit.

“During Cyclone Tauktae last month, the building had suffered some damage and cracks. Had the residents had taken precautions, Wednesday’s incident could have been averted,” the official said. 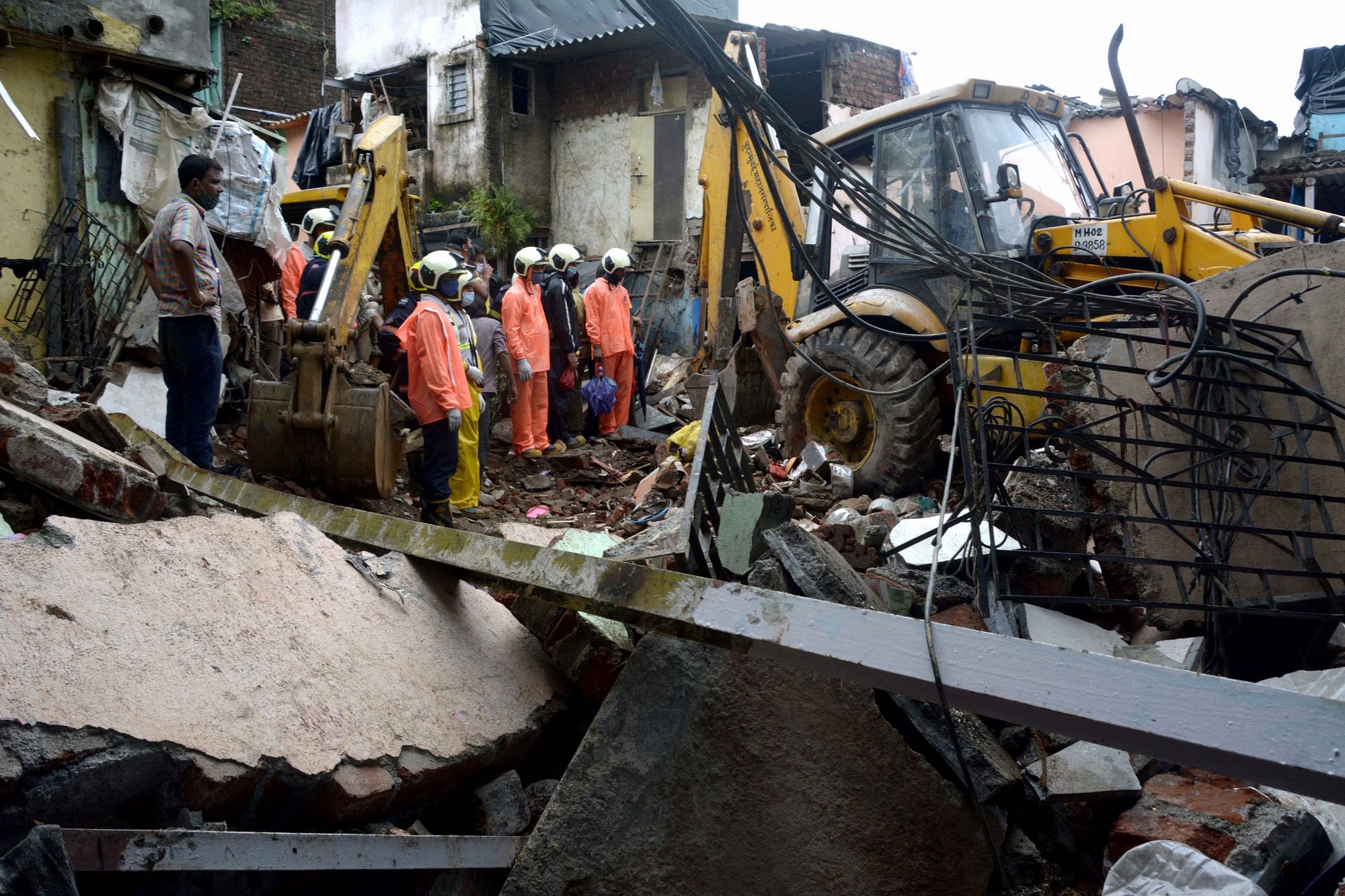 Three other buildings nearby too had been declared in ‘dilapidated’ and ‘dangerous’ condition and the residents have been evacuated, the BMC officials said.

Meanwhile, Prime Minister Narendra Modi took to Twitter to express grief at the loss of lives in the collapse and announced Rs 2 lakh ex-gratia each for the next of kin of the deceased from the Prime Minister's National Relief Fund. In a condolence message, Modi tweeted: “Pained by the loss of lives due to the collapse of a structure in Malad West, Mumbai. In this hour of grief, my thoughts are with the bereaved families. I pray that the injured recover at the earliest.” A sum of Rs 50,000 would be provided to each of the injured, Modi said.

Rafiq Siddiqui, 45, one of the residents, had gone out to buy milk and chat with his friends late in the evening and when he returned, he was confronted with the horrific sight of the building where he and his family lived in having been reduced to rubble. “I frantically started looking for my family and my wife Raeesa, hoping that they would have escaped. I was shattered when I realised that they were trapped under the debris,” he said.

Nine members of Rafiq’s family, including his wife, brother, sister-in-law and six children from the two families, died in the incident and their bodies were recovered one after the other on Thursday. Rafiq (who has been booked by the Malvani police, as he was one of the owners of the ill-fated building) refused to believe that the building was dilapidated. Only one of his sons, 16, survived the incident apart from him, as he too had stepped out. 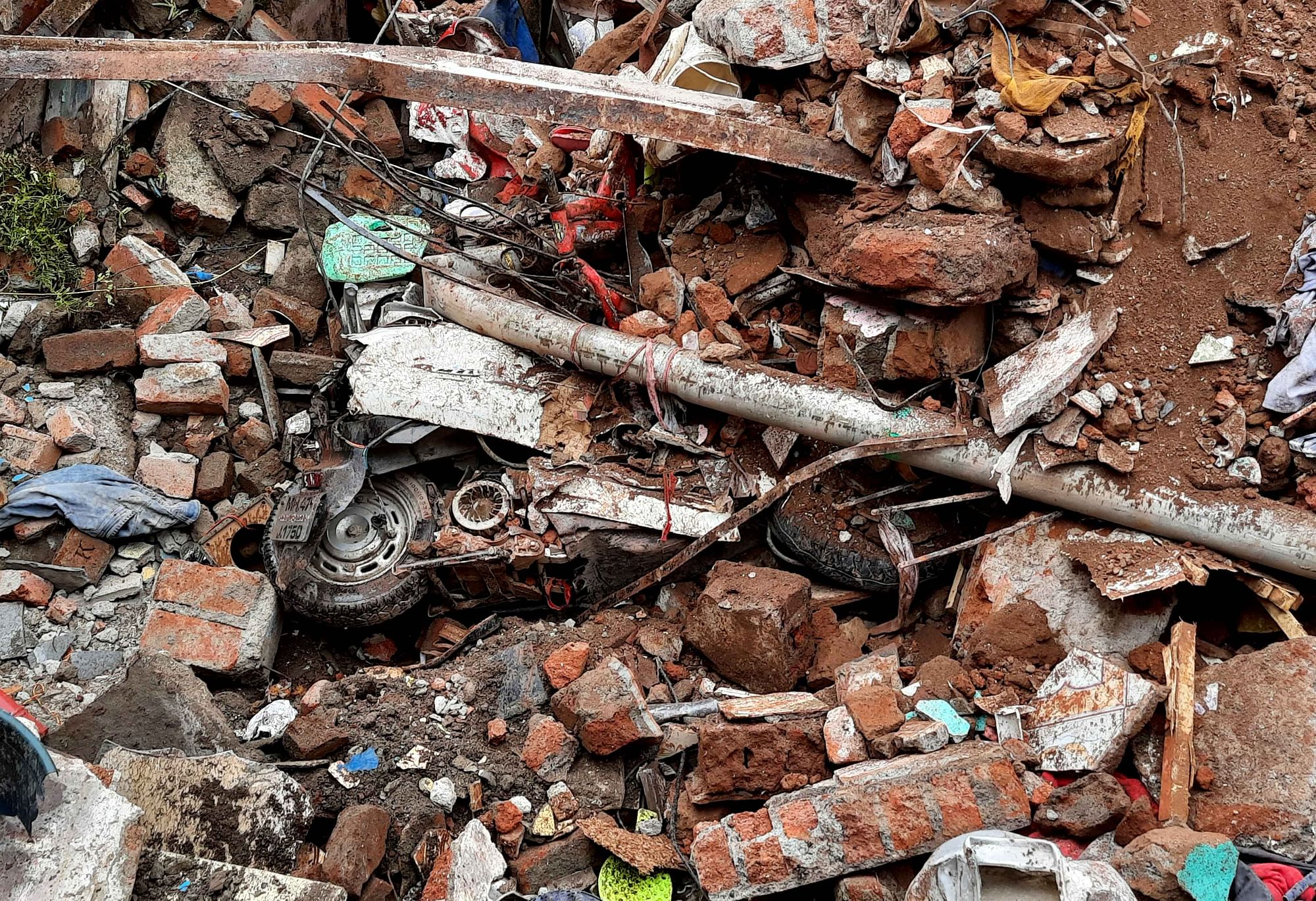 Meanwhile, a local resident claimed most of the shanties/ slum pockets that had come up in the area were illegal and had been later converted into three to four-storey structures without any permission from the civic body or collector.

Gulzar Ahmed Ansari, 26, one of the seven people who survived the collapse, has still not recovered from the shock. “I almost lost all hope of surviving, until I reached the hospital. When the house collapsed and there was no escape, there was no time to think of doing anything,” Ansari said. Meanwhile, Joint Police Commissioner (Law and Order) Vishwas Nangare Patil also visited the spot and said the building was illegally constructed and had some serious structural faults. “A few structural changes were made recently and during Cyclone Tauktae, the building had suffered damage. Had proper and timely precautions been taken, the incident could have been averted,” added Jt CP Patil. Additional Commissioner of Police (North) Dilip Sawant said that they had written to the public works department for an updated list of dangerous structures in the area, so that these could be evacuated to avert future disaster.