Since the producer had just completed his drama –a sports movie in Hindi language, the accused offered to pitch the project for the well-known OTT platform.

Sleuths of the Kashimira police are on the lookout of three people including two women who duped a 50-year-old producer under the guise of helping to release his movie on the platform of a well-known Over the Top (OTT) streaming platform.

In his complaint to the police, the producer who stays in Kashimira, stated that he came in contact with the accused who claimed to be an agent for digital satellite rights of films. Since the producer had just completed his drama –a sports movie in Hindi language, the accused offered to pitch the project for the well-known OTT platform.

After asking for the trailer and links of the film, the accused said that the company had agreed to release the film and had offered 3, 15,000 US dollars (around Rs. 2.30 crore). The producer agreed following which the accused and his accomplices sent copies of the agreement and the photo of the cheque.

However, the accused demanded Rs. 5 lakh for the release of the payment. Expressing his inability to arrange the amount, the producer transferred Rs. 2.69 lakh to the specified bank account, but the payment never materialized.

Moreover, it has been alleged by the producer that the copies of agreement and the photocopy of the cheque sent to him turned out to be fake and fabricated, following which the producer registered a complaint at the Kashimira police station on Wednesday (11, May).

“ A case under section 406 and 420 of the IPC has been registered against three people. Investigations were on to track the accused and ascertain their roles in the crime at the earliest.” said senior police inspector- Sanjay Hazare. Several small budget filmmakers and production houses are being lured by the possibility of an OTT platform buying their films, sources said. 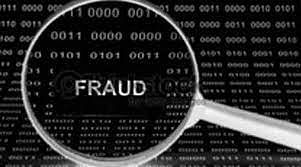