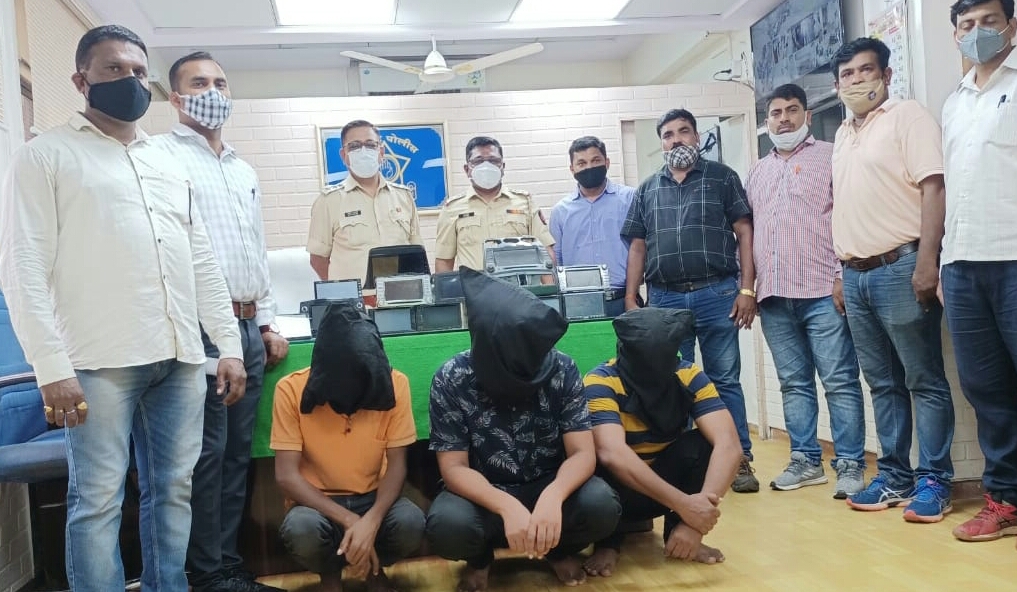 Sleuths of the Mira Bhayandar-Vasai Virar (MBVV) police have recovered 12 high-end music systems stolen from expensive cars by three members of an interstate gang involved in a spate of thefts across the state.

The Goa police had busted the gang last month and handed over the custody of thieves to their Bhayandar counterparts for further investigations.

The trio who have been identified as-Jubeir Rais Ahmed (31), Jagannath Ramnath Sharma (46) and Pradip Rawal Nath Gurav (21)- all residents of Nallasopara and Kolhapur in Maharashtra, were apprehended by the Panaji Town police station.

After getting custody of the trio, a team led by API- Vijay Naik and personnel-Pradip Gawli under the supervision of Senior Police Inspector-M.B. Patil scanned close circuit television (CCTV) cameras in and around the crime scenes and possible getaway routes and ascertained their involvement in 12 car stereo theft cases in their jurisdiction.

The team also managed to recover all the stolen music system from the possession of the accused who had been booked under the relevant sections of the IPC.

While Jubeir worked as a Plaster of Paris (PoP) decorator, his accomplices were employed as drivers, police said.

Over the past several months, the gang members were involved in a series of automobile stereo theft cases in Goa, Mira-Bhayandar and Mumbai.

The trio targeted only high end stereo systems from expensive cars which fetched good prices in the grey market.

In another similar action, the crime branch unit (zone I) of the MBVV police arrested one person identified as-Rupesh D’mello- a resident of Vasai, for stealing bikes and music systems from cars in Mira Road, Thane, Kalyan and Mumbai.

Further investigations were underway in both the cases.