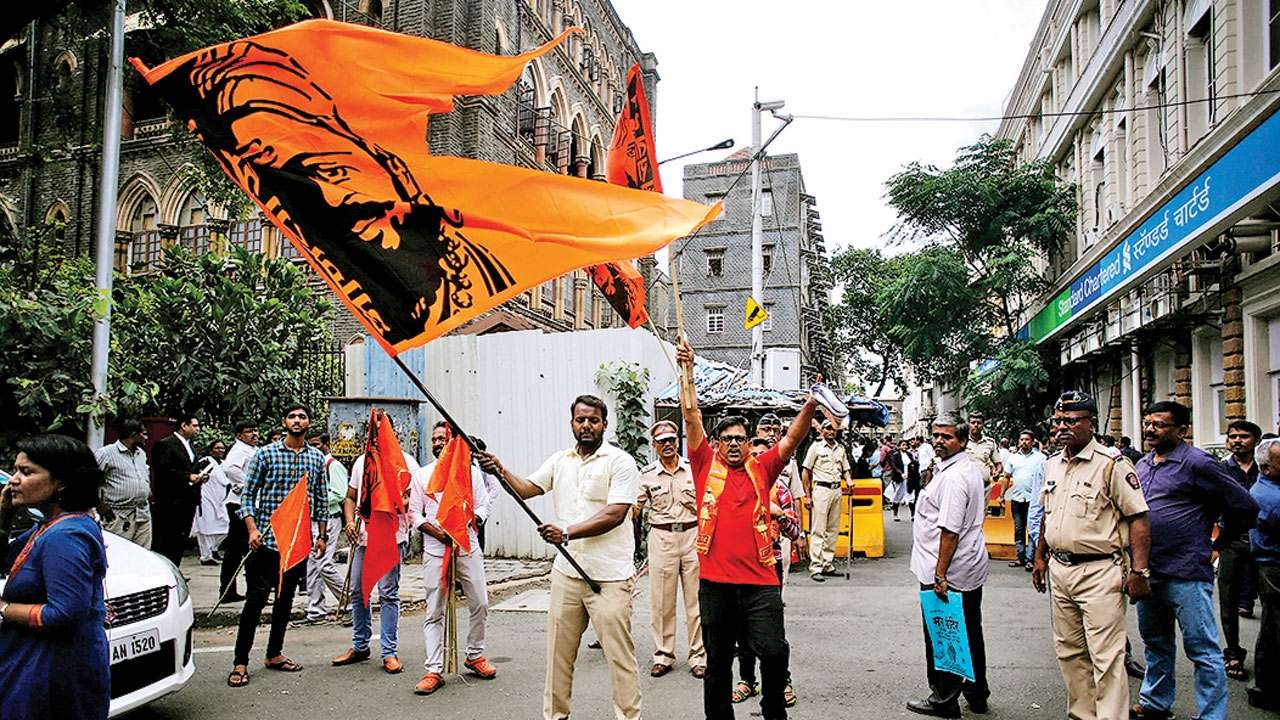 Shiv Sena-led Maha Vikas Aghadi government and Maratha organisations on Wednesday received a major setback as the Supreme Court has refused to vacate the interim stay granted in September on 12% quota in education and 13% in government jobs under the Socially and Educationally Backward Classes Act, 2018 to the Maratha community.

A Constitution Bench also refused to pass any order to lift the stay put by a three-judge bench in September this year on making appointments and admissions under the Maratha quota.

The government today prayed for a manual and not online hearing which is now slated for January. Senior Advocate Mukul Rohatgi, who appeared for the Maharashtra Government, submitted that an application seeking modification of the order has been filed so that the appointment process can proceed. He submitted that when a case is referred, the reference bench cannot pass interim orders and that the whole issue be listed to the Constitution Bench.
The apex court’s order comes days after the Maha Vikas Aghadi government on November 28 had completed one year in office. Three ruling parties are still currently involved in the celebrations of the first anniversary. Today’s order has put roadblocks for the alliance government as opposition parties and pro-Maratha organisations are determined to corner it on the Maratha quota issue.

BJP and pro-Maratha bodies have blamed the state government for lack of preparations and its failure to argue the case properly.

Maharashtra Pradesh Congress Committee spokesman Sachin Sawant slammed BJP for criticising the government. ‘’ BJP leaders should help the state government instead of targeting the latter. At the behest of former chief minister Devendra Fadnavis, the leaders like Shiv Sangram party Vinayak Mete have been attacking the government,’’ he alleged.

BJP state chief Chandrakant Patil held the state government responsible for the continuation of stay on Maratha quota saying that the fate of Maratha youths hangs in the balance. The government has no clue to find a way out.

The state government last week filed a fourth application in the apex court and prayed for a transfer of Maratha quota case to the Constitution Bench. Earlier, the state government moved first application on October 7, second on October 28 and third on November 2 for transferring the Maratha quota case to the five-member Constitution Bench.