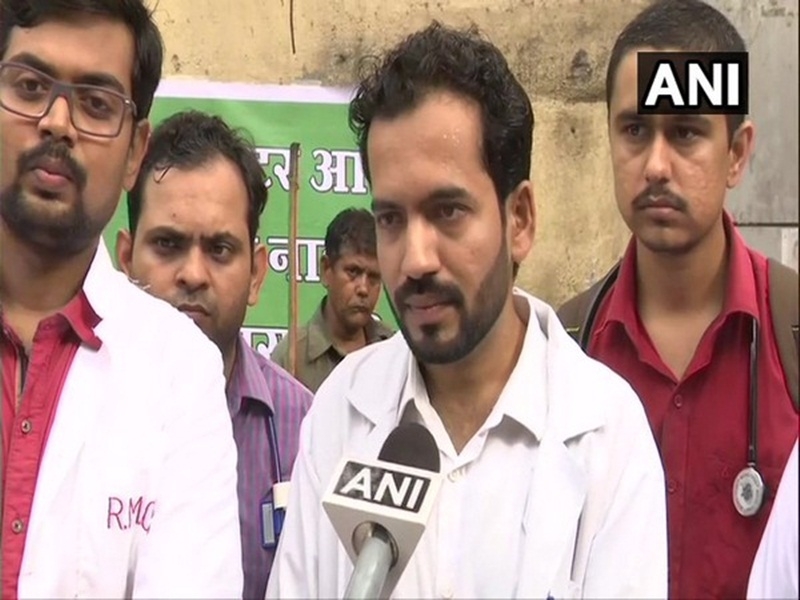 Mumbai (Maharashtra): In the light of the recent assault on doctors in Kolkata, Maharashtra Association of Resident Doctors (MARD) joined the nationwide protest on Friday to demand protection for doctors.

Speaking to ANI, Prashant Chaudhary, President of MARD at Scion hospital, said: "The incident was clearly a targeted assault. This has now become a law and order issue. We express solidarity to the seriously injured doctors. We will abstain from providing our routine services from 8 am to 5 pm today, but at the same time we will make sure to inform the administration so that Outpatient Department treatment (OPD), Operation Theatres (OT) and wards keep running." Delhi Medical Association (DMA) and Resident Doctors Association of the All India Institute of Medical Sciences (AIIMS) have also called for a strike today.

"Even though the security has been provided by the Maharashtra government at most medical colleges, we demanded them to increase the security cover. Our other demand is regularization of working hours of the resident doctors," Chaudhary said.

He further said that he wrote a letter to the government regarding the issue, but the stand in their reply was not "empathizing". This comes nearly five days after a junior doctor at Nil Ratan Sarkar (NRS) Medical College and Hospital in Kolkata was allegedly attacked by the relative of a patient who died on June 10. The incident has triggered protests from doctors in government hospitals across the country, demanding a safe working environment for medical practitioners.