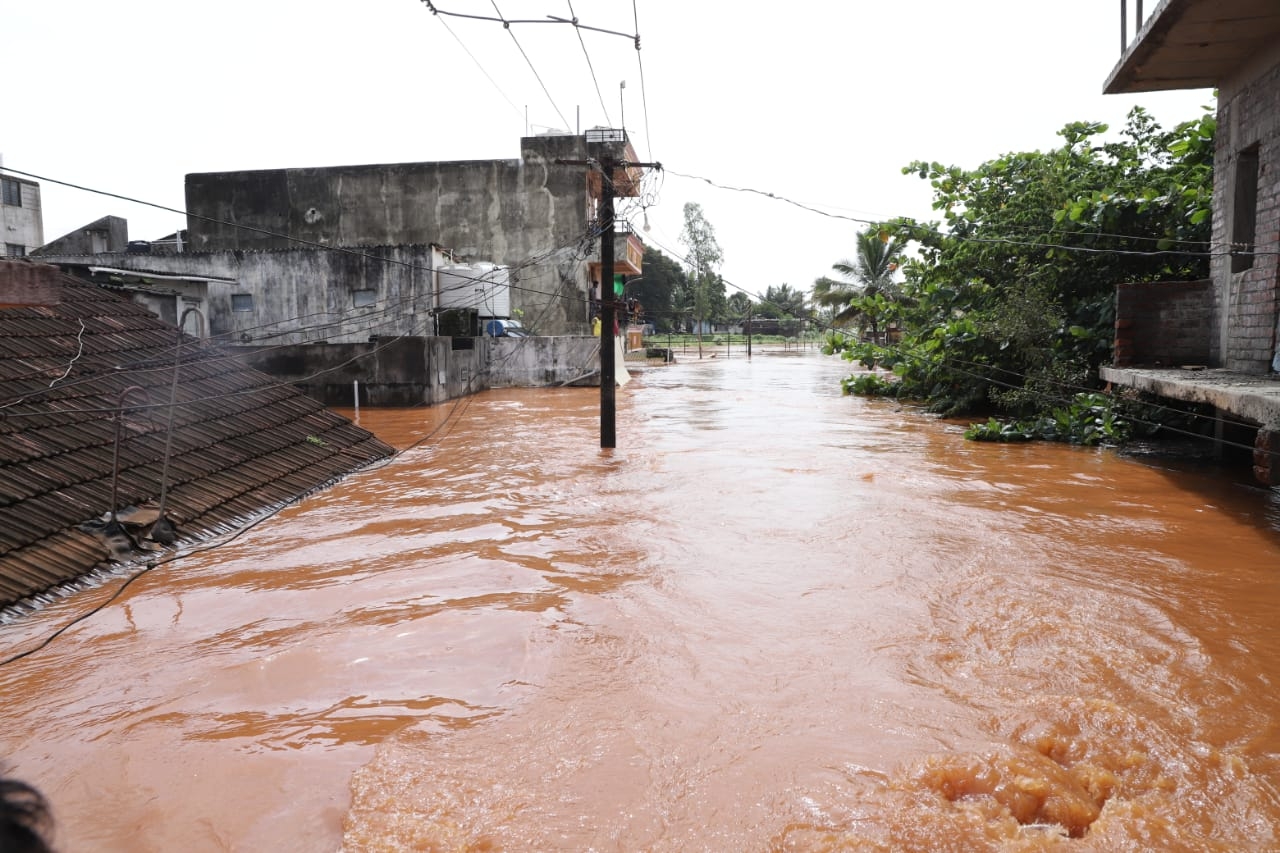 Maharashtra: The rain intensity in flood-hit Kolhapur district in Maharashtra reduced on Saturday afternoon, leading to a slight fall in the water level of the Panchganga river, officials said.

However, at 55.2 feet, the river is still flowing way above the danger mark, which is 43 feet.

The water level of the Panchganga river was recorded at 55.2 feet at the Rajaram weir on Saturday noon. It had reached 56 feet at 6 AM, officials said, adding the intensity of rains has reduced since this morning.

Notably, during the 2019 floods in Kolhapur, the water level of the Panchganga river at Rajaram weir had reached 55 feet.

Meanwhile, residents living in areas near the Panchganga river are being evacuated to safer places by the National Disaster Response Force (NDRF) and local officials.

Kolhapur superintendent of police Shailesh Balkawde said the Mumbai-Bengaluru highway near Shiroli village continues to remain closed for vehicular traffic due to the accumulation of water on the road.

Parts of Raigad, Ratnagiri districts in the coastal Konkan region and Kolhapur district in western Maharashtra, have been worst affected by the floods. Besides that, heavy rains have been pounding parts of the Satara district.