After luring party MLAs, MPs, office bearers, Chief Minister Eknath Shinde, who has yet to expand cabinet despite mad rush from legislators from BJP and his camp for ministerial berths, has launched a good will mission by reaching out to the veteran Shiv Sena leaders and the close confidants of party supremo late Balasaheb Thackeray. After meeting the party MP Gajanan Kirtikar, who is recovering from surgery, Shinde on Thursday met the former chief minister Manohar Joshi and former minister Leeladhar Dake by visiting their homes. 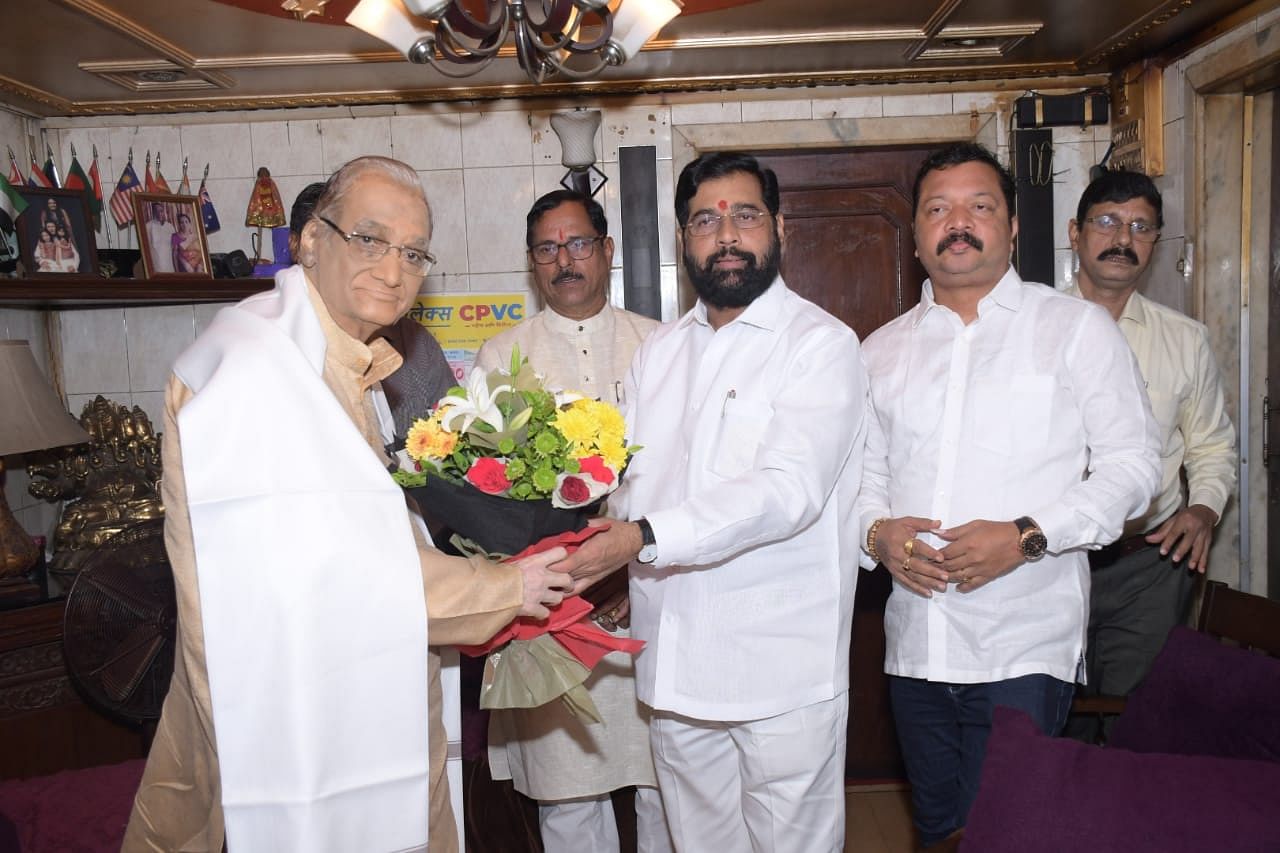 A statement by the Chief Minister’s Office said, "CM met former CM and senior Shiv Sena leader Manohar Joshi and sought his blessing. He also inquired about Joshi’s health. Former CM has given valuable tips during today’s meeting.’’ Joshi was the state chief minister during Shiv Sena-BJP government during 1995 and 1999 and later became the Lok Sabha Speaker when the BJP-led government was at the Centre.

CM’s move is crucial when he has claimed that he was representing the real Shiv Sena. Shinde has been reaching out to the party leaders and cadres to strengthen his claim of being a real Shiv Sena and thereby to seek the party’s poll symbol bow and arrow. He has launched the present exercise after he announced a new party executive by appointing himself as the chief leader.