Maha Twist: President's rule in state was revoked at 5:47 AM! 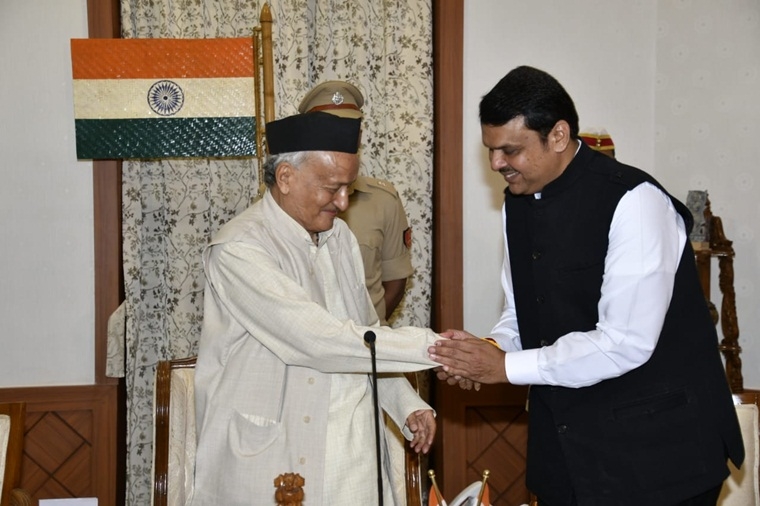 In a dramatic twist overnight, the BJP's Devendra Fadnavis took oath as Maharashtra Chief Minister for a second term at Raj Bhavan this morning more than a week after the state was placed under President's Rule. Nationalist Conference Party chief Sharad Pawar's nephew, Ajit Pawar, will be his deputy.

The BJP-NCP government took charge in Maharashtra on Saturday after the President's rule, imposed in the state a fortnight ago, was revoked at 5.47 am. The President's Rule was revoked at 5:47 am today, according to an official statement. Fadnavis and Pawar were administered the oath by Governor at around 8 am today. ‘I am confident they will work diligently’: PM Modi congratulates Fadnavis, Ajit Pawar

After taking oath as the Deputy Chief Minister, Ajit Pawar told reporters: "From the day the results were announced to this day.... no party was able to form the government. Maharashtra was facing many issues, including farmer issues. So we decided to form a stable government."

"Maharashtra needed a stable government, not a khichidi shaasan (mishmash government)," Fadnavis said after taking oath today, adding that the Shiv Sena "did not follow people's mandate". "We were invited by the Governor to form government. I thank NCP for supporting us," he added.