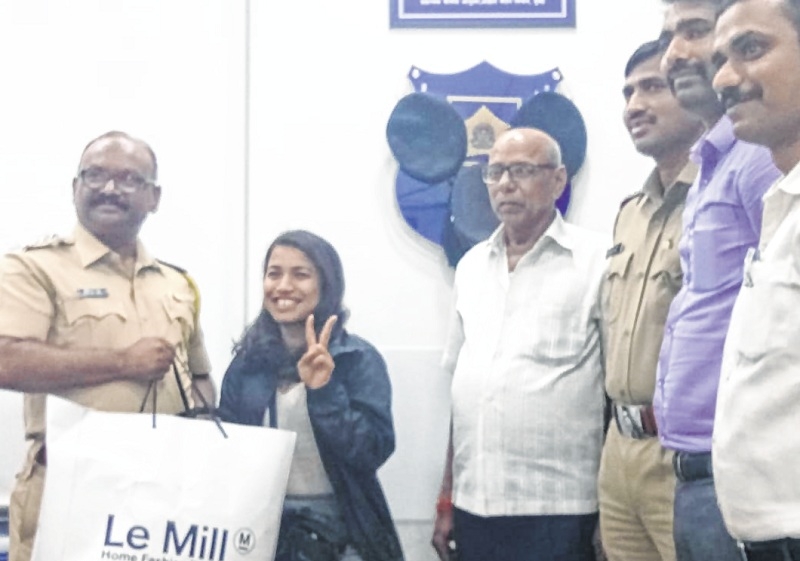 Mumbai: After scanning a lot of CCTV camera footage, the MRA Marg Police helped a local fashion designer Piyu Mishra (25) find her lost bag containing a designer outfit worth Rs 25 lakh on Thursday. They traced the taxi driver within hours and recovered the dress, which was then returned to Mishra.

On Thursday morning, at around 11.30 am, Mishra purchased the designer outfit from a Mahim fabric store and then took a cab to her residence near the Kala Ghoda area. When Mishra got down from the taxi, she accidentally left behind her bag containing the designer clothes. After 10 minutes when she realised that the bag was missing, she approached the police.

Realising that the bag had a very expensive dress, the police acted swiftly and began scouring CCTV camera footage of the area from where she had hailed the taxi and also where she had got off.  After hours of painstaking search, the police obtained the taxi’s plate number and located the taxi driver at Dahisar. They immediately asked him to return the bag at MRA Marg police station and recovered it the same evening.

They then contacted Mishra and returned the bag to her. Mishra thanked the driver profusely for keeping the bag intact as it would have otherwise become a major issue for her, said the police. Police sub-inspector Swapnil Shinde said, “We formed three teams which worked hard to locate the bag. Mishra was kind enough to thank the driver as well as the entire Mumbai police force.”