Thackeray was perturbed over people taking out their vehicles and gathering at various places despite the imposition of Section 144, which clamps down on a gathering of five and more people.
Sanjay Jog 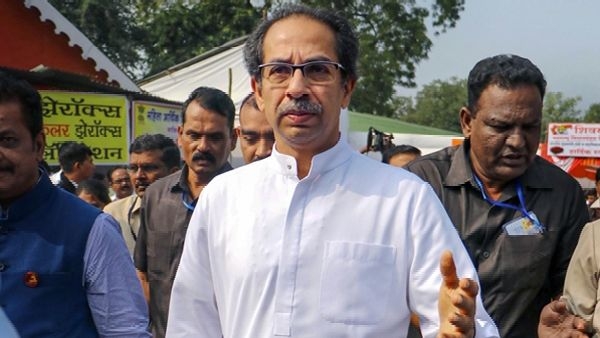 Mumbai: Even as the coronavirus cases spiked to a shocking 89, including three deaths, in the state, Maharashtra Chief Minister Uddhav Thackeray announced a statewide curfew with immediate effect till March 31.

All state borders have been sealed other than for movement of essential and perishable commodities. "Today I am compelled to announce a state-wide curfew. People were not listening, and we are compelled," said the chief minister in his social media address.

Thackeray was perturbed over people taking out their vehicles and gathering at various places despite the imposition of Section 144, which clamps down on a gathering of five and more people.

Redemption may lie in the fact that essential services such as grocery, milk and medical shops will remain open. All places of worship will be closed. Moreover, all forms of public transport will cease to be operational.

Thackeray, who had an interface with the district and civic body chiefs through videoconferencing, said he had written to PM Modi about the need to stop domestic flights. 'Do not break the law....': Uddhav Thackeray warns citizens as confirmed cases of coronavirus...

While transport of passengers for accessing emergency medical services is permitted, plying of private vehicles would be restricted to the extent of procuring essential commodities and availing health services with only one person besides the driver.

Operation of all interstate buses, including vehicles run by private operators, already stand suspended. Thackeray specifically said that each person, who goes into home quarantine, should strictly observe the same, ‘‘failing which he or she will be liable for penal action and shifted to government quarantine.’’

Further, all shops, including commercial establishments, offices and factories, workshops & godowns would shut their operations. However, production and manufacturing units which require continuous process and pharmaceuticals will be permitted. Manufacturing units engaged in production of essential commodities have been allowed to operate.

Government offices will function with 5% staff and similar instructions have been given to shops and establishments to operate with minimal staff; they will also ensure social distancing such as painting of foot marks at distances of 3 feet from each other near checkout counters. Thackeray said these steps should be preventive measures by citizens.

"People should take this war against COVID-19 seriously. Section 144 of CRPC has been invoked so that essential services continue to operate while rest of the services are suspended till March 31. People should not violate rules by crowding the streets," he noted. After Thackeray’s address, the state chief secretary Ajoy Mehta issued a detailed notification on imposition of statewide curfew.