Mumbai: Disgruntled BJP leader Eknath Khadse is on a roll. After Monday's meeting with NCP chief Sharad Pawar, on Tuesday he met Chief Minister Uddhav Thackeray and discussed the political developments. Not to be left behind, the Congress too rolled out a red carpet for the disgruntled leader to join the party. Khadse has sent strong signal to the party leadership that he is free to explore all options if the party does not take stern action against those insiders who worked against him during the last Assembly elections.

Khadse, who comes from the Leva Patil community, met Thackeray at Vidhan Bhavan. Thackeray, who said he had long relationship with Khadse, welcomed him to join forces with him. He, however, refused to further divulge details about the outcome of the meeting.

After a near 45-minute meeting with Thackeray, Khadse fired salvo against former chief minister Devendra Fadnavis saying that his government in five years could not construct a memorial for veteran BJP leader and former union minister Gopinath Munde.

Maharashtra PCC president and state minister Balasaheb Thorat has sent out an open invitation to Khadse at a time when the BJP leader has been stepping up a criticism against the party leadership for its inaction against insiders indulged into anti-party activities.

Khadse also met former minister and BJP leader Pankaja Munde, who is sulking after her humiliating defeat in Assembly polls.

Thorat showered praise on Khadse for his administrative skills and leadership saying his entry will be beneficial for the Congress party.

Khadse has been criticising Fadnavis and the party for denial of assembly ticket and also for neglect of the OBC leaders in the party. Not just Khadse, former ministers like Pankaja Munde, Vinod Tawde, Prakash Meheta and Chandrsashekhar Bawankule are reportedly displeased with party's decision not to nominate them in the assembly election and deploy them in campaign. They have expressed disappointment over loss of power after the BJP fighting assembly election under the leadership of Fadnavis.

Meanwhile, BJP core committee met on late Tuesday night to take stock of situation in the wake of growing resentment among senior leaders. Former minister and core committee member Sudhir Mungantiwar said Khadse will not leave party and they together will make the effort for party's growth. 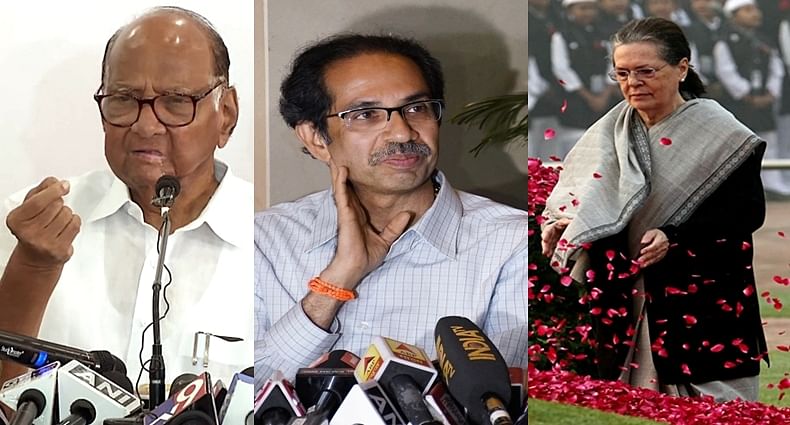