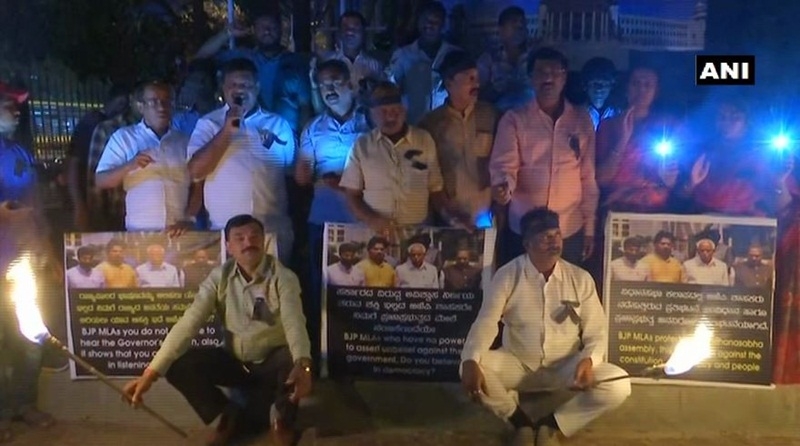 Mumbai: Upset the authorities had failed to remove ‘slum’ tag for gaothans, koliwadas and adivasi padas, the residents from these areas held a protest at the Bandra collector’s office on Saturday. Led by advocate Godfrey Pimenta, a resident of gaothan, the residents held placards saying, ‘save gaothans’. According to Pimenta, from the identified 189 gaothans and 41 koliwadas by the Afzalpurkar committee report (commissioned by the state’s housing department in the 1990s), the new development plan (DP) 2014-34, has failed to mark 14 gaothans and seven koliwadas.

As per the a study undertaken by East Indians, the original residents and land owners, two gaothans in the city, nine in the western and three in the eastern suburbs which have not been marked in the new DP. Similarly, koliwadas in Colaba, Mazgoan, Girgoan, Mahim have not been marked in the DP. Same is the case with the Patwadi and Govandi koliwadas in the western and eastern suburbs, Pimenta said.

“In future, these undeclared goathans and koliwadas would be developed under the Slum Rehabilitation Schemes (SRA). Already the Kirol gaothan in Vidyavihar (West) has been tagged as a slum. The Sion Koliwada too has been not marked in DP and soon the residents plan to meet Uddhav Thackeray for a solution,” informed Pimenta. The Chief Minister Devendra Fadnavis had made a statement in the Assembly last year, assuring residents of the koliwadas and gaothans which are not earmarked in the DP, that the civic commissioner, Ajoy Mehta, will be given special powers to make the change. However, not much progress has been made.

“A notification for same was also issued on May 18, 2018 giving special powers to the BMC commissioner. Thereafter, a delegation of Eastern Indian Community members met him, but he continues to pass the buck stating it is the decision of the revenue department officer. It’s sad that the identity of the original inhabitants of Mumbai city – the fisherfolk community and tribals – is at stake,” said Pimenta. Ajoy Mehta, BMC commissioner did not reply to our message.