More than 14,000 people were evacuated after torrential rains over the past two days triggered flooding in several tehsils of Nagpur district of Maharashtra, officials said on Sunday.

Mouda, Kamptee, Parseoni and Kuhi were the worst affected tehsils, and the administration had to call in the National Disaster Response Force (NDRF) and the Army to rescue people at some places, they said.

"Till Sunday noon, 14,234 people were evacuated from 36 affected villages in Nagpur district as incessant downpour in the last two days resulted in flow of water from dams and rivers," Nagpur district collector Ravindra Thakre said in a statement. 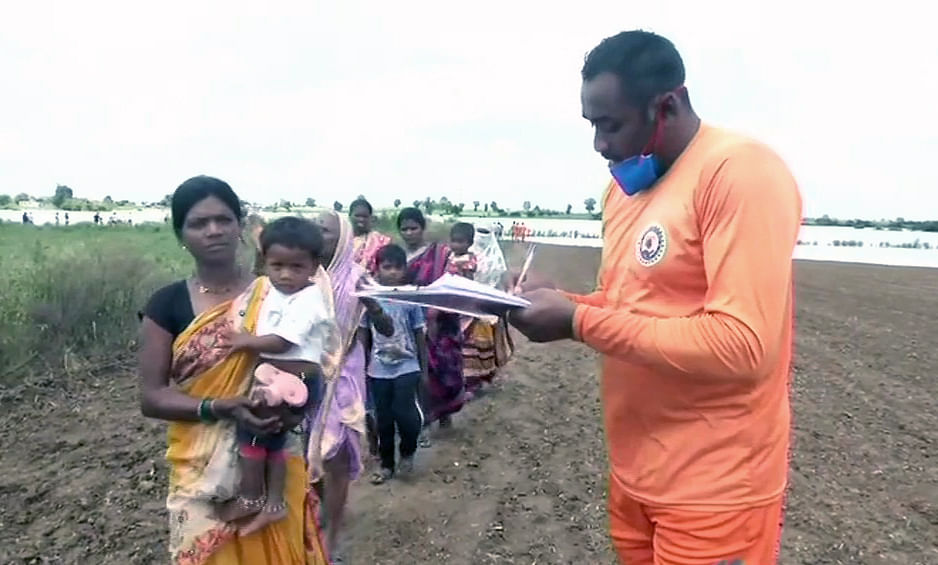 Due to heavy rains, nine villages in Mouda tehsil were flooded, from where 1,568 people were moved to safer place by the State Disaster Response Team (SDRF) and the NDRF on Saturday.

Similarly, eight villages in Kamptee tehsil were hit by rains and 620 people were shifted to safer places the rescue teams on Saturday.

Defence spokesperson Basantkumar Pande said that as per the request made by the district administration, Army was deployed for assistance in the submerged areas of Kuhi.

"UMANG Sub Area pressed into service two columns overnight for rescue and relief operations. With the unprecedented rains and resultant heavy flow of water in various rivers, a number of areas in Nagpur district have been inundated," he said in a statement.

"The Army columns will be assisting the administration in rescuing villagers stranded in submerged areas of Kuhi and the surrounding places, and also help in restoring normalcy in these inundated areas," he added.

The District Information Office of Gadchiroli said that 52 families were evacuated from the flooded parts of Desaiganj tehsil in the district on Saturday.

Connectivity of five main roads was snapped due to excess water flowing from the Gosikhurd dam in Bhandara district, it said.