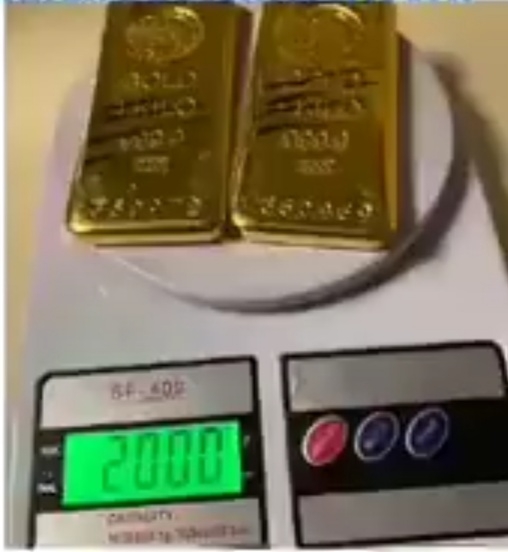 Gold bars worth Rs 87.58 lakh were found hidden in the toilet of an aircraft at the Chhatrapati Shivaji Maharaj International Airport (CSMIA) on Thursday.

According to the Customs, the gold bars were hidden beneath the tissue paper compartment in the toilet, but was traced only after the aircraft landed in the city from Dubai. The Customs rummaged through the aircraft upon its arrival when they recovered the unclaimed gold. Authorities are investigating to ascertain about the suspected passengers and who was to retrieve the hidden gold. A flyer may have abandoned the gold while someone was to pick it up before the Customs recovered the gold. The search led to recovery of two gold bars, each weighing 1 kg.

The gold bars were concealed in such a way that they will not be detected. A video of the recovery shows officials opening the compartment beneath the tissue paper where the gold was hidden.

A case has been registered against unidentified persons. The gold was seized under the reasonable belief that the same was smuggled into India without payment of customs duty in contravention to provisions of The Customs Act, 1962.

Earlier this month, gold bars worth Rs 73 lakh were found underneath a seat of an aircraft at CSMIA. The gold was hidden in a hollow pipe beneath a seat, after the aircraft landed in the city from Dubai. The seizures of such a huge quantity of gold at Mumbai airport is seen as a big dent to the racket operating in smuggling gold from Dubai. In the past, the Air Intelligence Unit has found gold bars worth crores of rupees which were unclaimed and abandoned.