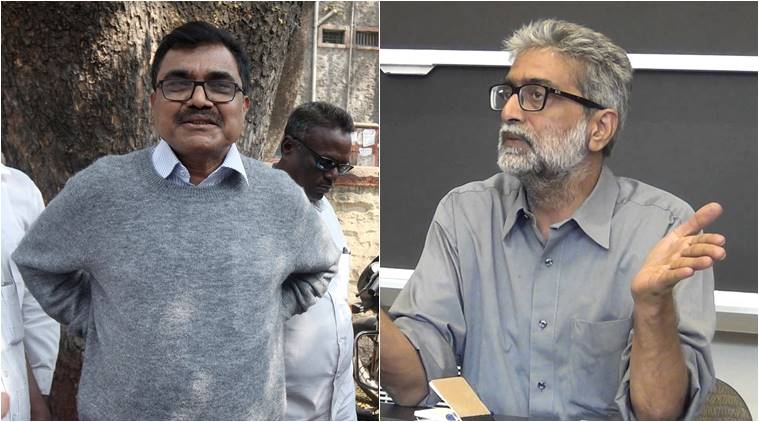 Mumbai: Observing that there was prima facie material to show their complicity in offences punishable under the terror law, the Bombay High Court on Friday turned down the applications filed by civil rights activists Gautam Navlakha and Anand Teltumbde, seeking protection from arrest. The duo is accused of having links with the banned CPI (Maoist) party and for instigating the riots that took place in Bhima-Koregaon in January 2018.

The HC has however, granted them further protection from arrest till four weeks so as to enable them to move the Supreme Court and seek similar relief.

A single-judge bench of Justice Prakash Naik said, “On perusal of all the material on record, it can be seen that there is prima facie evidence showing complicity of the duo in the crime.”

Both Navlakha and Teltumbde had filed anticipatory bail pleas after the Supreme Court refused to quad the FIRs registered against the duo along with dozens of other activists.

In their defense, the duo through advocate Yug Choudhary questioned the admissibility of the “incriminating letters” as evidence against them. They argued that these letters and documents do not have an evidentiary value.

Rejecting the contention, Justice Naik held, “In any case, the question of discarding the documents at this stage, on the ground of being inadmissible in evidence, is not permissible. For, the issue of admissibility of the document as evidence would be a matter of trial.”

Having perused the material on record, Justice Naik further noted that the same indicated Navlakha’s association and involvement with CPI (Maoist) party. “It is also mentioned that he was in Kashmir as per the directions of party and his efforts were appreciated,” Justice Naik noted.

“The investigation is in progress. I am satisfied that prima facie there is material against the duo to show their complicity in the crime. Thus, even on the test of prima facie material involving the duo in the crime, no case is made out for entertaining the application,” Justice Naik ruled.