Ganeshotsav 2021: Over 2,100 idols immersed on 10th day of Ganpati festival in Mumbai 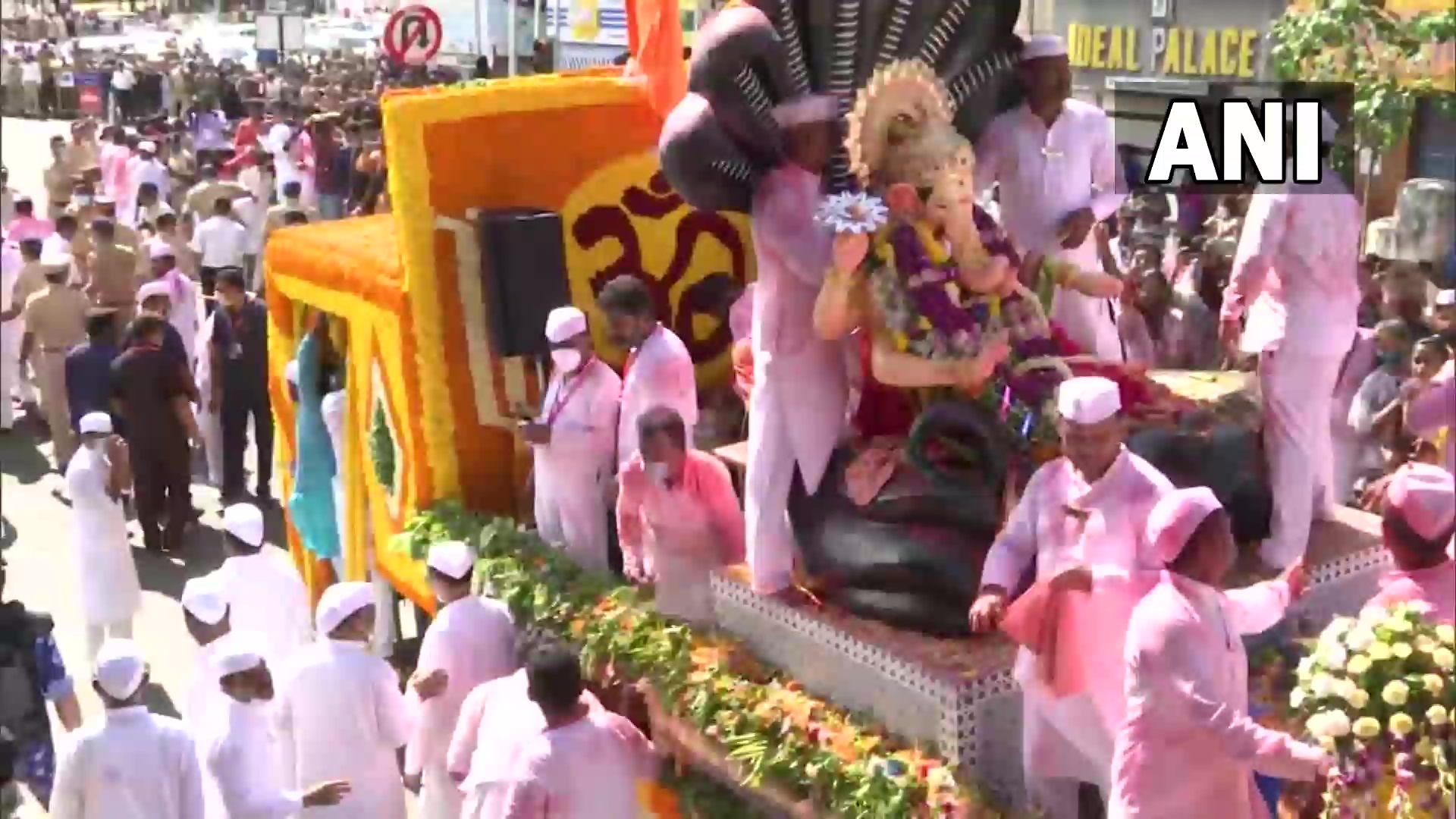 Scores of people show up at immersion of Mumbai's 'Lalbaugcha Raja' amid heavy police presence. | ANI

A total of 2,185 idols of Lord Ganesh and Goddess Gauri were immersed till Sunday, 3 pm in various water bodies in Mumbai as curtains came down on the 10-day Ganpati festival held amid various restrictions imposed for the second year in a row in the wake of the COVID-19 pandemic, a civic official said.

No untoward incident was reported till now during the immersions, he said.

The festival, which in normal times used to witness large gatherings and long queues on streets outside public mandals which host the celebrations, began on September 10.

This year, the Brihanmumbai Municipal Corporation set up artificial lakes at 173 locations in the city, as well as idol collection centres and mobile immersion sites at various places to avoid crowding in the wake of the pandemic, the BMC official said.

Besides, there were 73 locations of immersion at natural water bodies in the city civic limits and at all these places necessary arrangements were made by the BMC, he said.

Out of these idols, 29 of public pandals, 857 household idols and 10 of Goddess Gauri were immersed in artificial lakes, the official said.

The BMC also deployed 715 lifeguards at various natural and artificial immersion sites, he said, adding that 587 steel plates were set up at the natural sites so that vehicles coming for immersions could be temporarily removed.

The BMC had issued guidelines to public mandals to minimise donation of garlands at the idols installed at their pandals.

The civic body also said that household 'shadu' (clay) and environment-friendly Ganesh idols should be immersed in a bucket or drum at home, if possible.

The BMC had capped the height of household Ganesh idols to two feet and of public mandals to four feet.

On the commencement of the festival on September 10, Maharashtra Chief Minister Uddhav Thackeray had urged citizens to launch a strong movement against the coronavirus.

Thackeray had said said he prayed to Lord Ganesh to destroy all "evil and negativity", as the festival was being held amid the pandemic and looming threat of a third wave. Watch video: As Ganeshotsav comes to an end, crowds gather in procession of Mumbaicha Raja and...