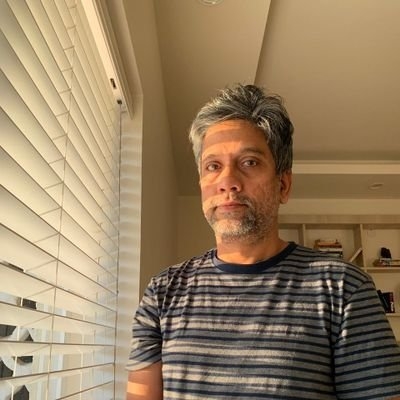 Delhi University associate professor Hany Babu, an accused in the Elgar Parishad-Maoist links case who is undergoing treatment at a private hospital here since May, will be discharged and sent back to the Taloja prison on Wednesday, the Maharashtra government told the Bombay High Court on Tuesday.

A bench of Justices SS Shinde and NJ Jamadar took on record Babu's medical report submitted by the Breach Candy Hospital in Mumbai, and accepted the state government's submission that he will be "transferred back to the Taloja prison on Wednesday." Babu's counsels, senior advocate Yug Chaudhry, and advocate Payoshi Roy, told the HC that as per the private hospital, Babu was fit to be discharged.

Roy said as per the hospital, the professor is ready for discharge, but there is still some swelling in his eye and he should be taken for regular follow-ups to the medical centre in south Mumbai.

Babu was sent to the private hospital in May this year following an order of the high court. At the hospital, he had been undergoing treatment for an eye infection that he had developed while in the Taloja prison.

He had also tested positive for COVID19 while at the prison in Navi Mumbai.

Following a plea filed by Babu's wife Jenny Rowena, seeking immediate medical aid for the academic, the HC had directed that he be treated at the private hospital and the medical bills be borne by him and his family.

On Tuesday, the bench led by Justice Shinde directed that after Babu was back in prison he must be provided with medical care whenever required.

Justice Shinde said that the academician must be taken to state- run JJ Hospital in the city for follow-up check-ups for his eye, and if required, he be taken to the Breach Candy Hospital as well.

The Maharashtra government's chief public prosecutor, Aruna Pai, told the HC that if Babu is taken to the private hospital for consultations in the future, he must bear the medical cost himself.

The HC, however, said such medical consultation costs must be borne by the state authorities.

"Supposing some treatment is not available (at JJ Hospital), you (prison authorities) can take him to Breach Candy for consultation," the bench said.

"Article 21 of the Constitution (dealing with protection of life and personal liberty) applies to all equally. There are various judgements (of the Supreme Court) that say treatment (of undertrials) is the state's responsibility," it said.

"Only thing is, he (Babu) should get timely treatment," the HC observed.

The case relates to alleged inflammatory speeches made at a conclave, Elgar Parishad, held in Pune on December 31, 2017, which the police claimed, triggered violence the next day near the Koregaon-Bhima war memorial on the city's outskirts.

The Pune Police claimed the conclave was backed by Maoists. Later, the case was taken over by the NIA. Several activists have been arrested in the case.