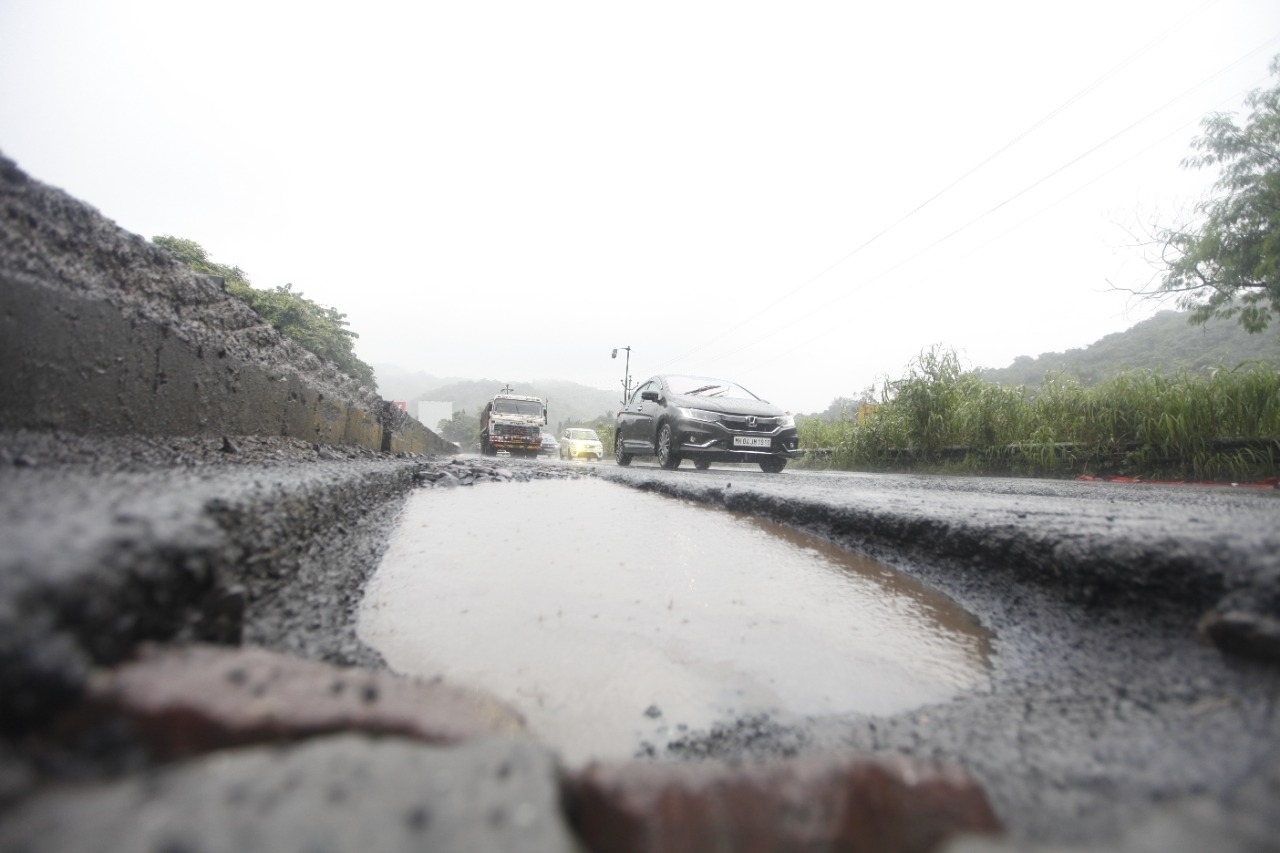 Mumbai: Taking suo moto (on its own) note of the potholes on the Mumbai-Nashik highway, the Bombay High Court has observed that the Maharashtra government should do something about the situation as people are losing their lives.

While raising concern over the poor road conditions, Chief Justice Dipankar Datta told the Advocate General Ashutosh Kumbhkoni that the Maharashtra government should take the issue of potholes seriously as many lives were lost due to accidents on such roads.

Chief Justice Dipankar Datta said: “Please ask the state government to be a bit more serious about this. Precious lives are being lost,” said Chief Justice Datta while raising concern over poor conditions of the highways and recent incidents where people have lost their lives.

A division bench of chief justice and Justice Girish Kulkarni had suo moto raised concern over the potholes while hearing a matter pertaining to Coastal Regulation Zone.

Justice Kulkarni also pointed out to additional solicitor general Anil Singh that the Mumbai- Nashik highway is a part of the Mumbai- Agra highway and hence the National Highways Authority of India (NHAI) should also look into the problem.

The HC has suggested that all the concerned agencies – state government, NHAI – should converge and try to find a lasting solution for the issue.

The court has asked the state government to inform about the steps taken by it to fill the potholes on the Mumbai-Nashik highway by October 4.

Early this week, the HC had heard a public interest litigation concerning potholes on the Mumbai-Goa highway. In that matter, justice Kulkarni had observed that the state had not made much progress in terms of tackling potholes menace since 1996. The HC had given three weeks’ time to the state and central governments to fill the potholes and submit a compliance report.

Justice Kulkarni remarked: “Justice (RM) Lodha had passed an order of filling up of the potholes in 1996. Even now, things haven’t changed much. These issues affect the common man. We want these issues solved.

In 1996, a division bench headed by Justice Lodha had taken suo moto (on its own) cognizance of the pothole ridden roads in the city and directed the Brihanmumbai Municipal Corporation and the state government to undertake repairs immediately.

A total of 2,442 people had died due to accidents on the highway since January 2010 when the widening work project of the Mumbai-Goa highway started.