Former home minister Anil Deshmukh has approached the Bombay High Court challenging the summons issued to him by the Enforcement Directorate (ED) in the alleged money laundering case.

The matter was listed before Justice Revati Dere on Thursday. However, she did not hear the matter saying, “Not before me. Deshmukh’s plea will be listed before the appropriate court today." ED has so far issued five summons to the former minister asking him to record his statement in connection with the money laundering case probed by the agency.

Deshmukh has skipped all the summons first saying that he has approached the Supreme Court.

The former minister has claimed in his letter to the ED that to date, ED has not furnished him a copy of ECIR or the list of documents pertaining to the case which he had sought for.

ED had initiated money-laundering investigation on May 11, on the basis of an FIR under Section 120-B of IPC, 1860 and section 7 of Prevention of Corruption Act 1988 registered by CBI against Deshmukh and others for allegedly attempting to obtain undue advantage for the improper and dishonest performance of their public duty for collection of funds to achieve the target of Rs 100 crore per month from various bars, restaurants and other establishments in Mumbai. 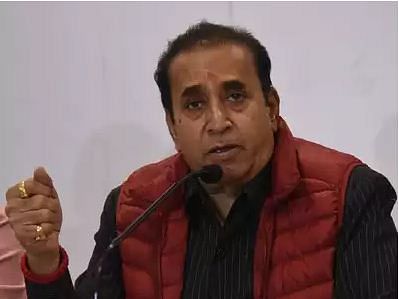