Reason: Kikole has got a three-horsepower (hp) solar pump installed under the Atal Solar Krishi Pump Yojana launched by the state government in 2017.
FPJ Bureau 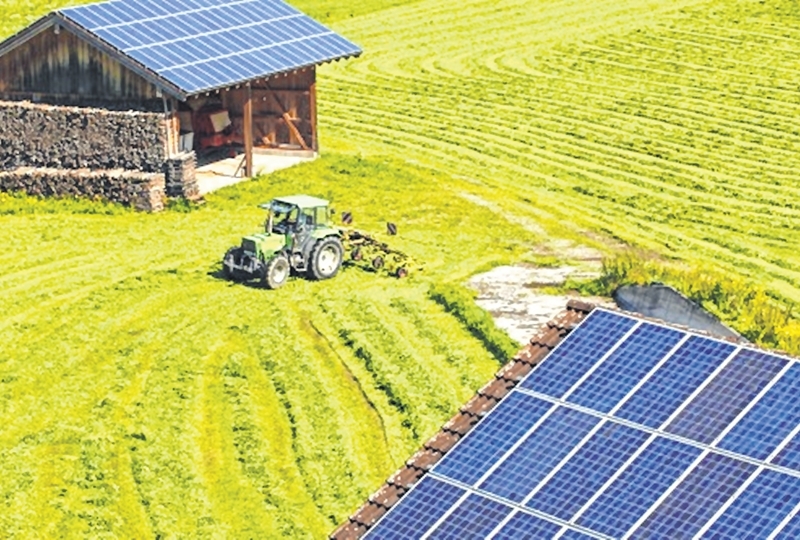 Aurangabad: In Jalgaon village, many farmers spend sleepless nights to irrigate their fields, as power for irrigation isn’t available during the daytime for 15 days a month, but Dattaji Balaji Kikole, 62, doesn’t need to strain himself.

Reason: Kikole has got a three-horsepower (hp) solar pump installed under the Atal Solar Krishi Pump Yojana launched by the state government in 2017. Now, uninterrupted and free power is available during daytime at the push of a button, he says.

Over the last two years, 45 farmers in Jalgaon in Buldhana district have got solar pumps installed in their fields. Of the 52 farmers still using electric pumps, many have applied for solar ones.

With a 95 per cent subsidy available on solar pumps, farmers are required to pay Rs34,750 upfront. The maintenance cost is almost nil.

Compared to this, installation of an electric pump costs up to Rs1 lakh. On average, a farmer using a 3hp electric pump accrues a bill of Rs3,000 a year, which is waived by the government most of the time, says Gajanand Rao Wajh of Jalgaon.

But even if electricity for agriculture is cheap or free, the problem with pumps is maintenance cost is high and erratic power supply renders them useless, farmers said.

Daytime, uninterrupted power supply, and low maintenance cost have made solar pumps an attractive option among the farmers.

Though the off-grid solar pumps have made life easy for farmers in Jalgaon, as these have resolved the issue of voltage fluctuation and interruption, many fear they are likely to lead to over exploitation of groundwater.

The farmers got to know about this when they applied for pumps with the agriculture dept. Deepak Joshi of the Jai Jawan Jai Kisan farmers’ club here says the land in the region is rocky and the groundwater table is shallow. “One can find water up to 45-50 ft.

Thereafter, there are layers of basalt rocks that run up to 500 metres. It means there isn’t eno­u­gh groundwater in the first place,” he said, adding free, uninterrupted power via solar pumps will lead to more withdrawal of groundwater.

This raises serious questions about central and state governments’ schemes that pitch solar pumps as a means of assured irrigation and to reduce power subsidy burden, which is Rs50,000 crore a year currently.

The Centre recently approved the KUSUM scheme under which around 17.5 lakh off-grid and 10 lakh on-grid solar pumps will be installed in rural areas by 2022.