A division bench observed that the NIA case was prima facie true and considering the material against Jagtap, her appeal challenging the rejection of bail stood dismissed.

The Bombay High Court on Monday rejected the bail plea of Jyoti Jagtap, an accused in the Elgar Parishad case of 2018, observing that prima facie there is evidence which shows she was a part of the CPI (M) which "chalked out a detailed strategy for furtherance of its objective to overthrow the democratically elected government of our country".

A division bench of Justices Ajey Gadkari and Milind Jadhav was hearing an appeal filed by Jagtap challenging the order of the special court rejecting her bail in February this year.

Taking the fact that the organization's main goal was to destabilise the elected government seriously, the court stated that the Elgar Parisad appeared to be a "small conspiracy within the larger design and conspiracy of CPI(M) to further its agenda."

"It is seen from the totality of the entire material presented before us that Appellant's (Jagtap) role cannot be segregated or separated and it will have to be seen in the light of the charge of conspiracy of the entire case put forth by the NIA," said the court.

She was actively involved in organisign Elgar Parishad

The court also noted that evidence shows she was actively involved in organising Elgar Parishad, the large-scale violence that resulted in one death.

"The documents referred to herein above clearly highlight the active role of the Appellant in so far as organising the Elgar Parishad event, but more importantly, it is the association of the Appellant with the prominent members of CPI (M), which is a designated terrorist organization, which cannot be lost sight of. It is seen that the appellant was in active touch with all other co-accused working for different mask organisations to further the objectives of CPI(M)," added the court.

"From one of the letters, it is seen that there is a congratulatory message given for the success of the Elgar Parishad event and a direction is issued to exploit the death of the youth in the violence on the following day," said the court.

The main aim of CPI (M) was to overthrow the government

The court agreed with the arguments of the NIA counsel, Sandesh Patel, that the main aim of CPI (M) was to overthrow the government and the Elgar Parishad was organised to establish underground contact with its activists.

"It is also seen that CPI(M) has chalked out a detailed strategy for furthering its objective of overthrowing the democratically elected government of our country, and the Appellant and other co-accused are prima facie actively strategizing the same," it added.

"We are of the considered opinion that there are reasonable grounds for believing the allegations, accusation of the NIA against the Appellant having conspired, attempted, advocated and abated the commission of a terrorist act as prima facie true," said the HC while rejecting her bail plea.

On September 8, 2020, Jagtap, a member of the banned group Kabir Kala Manch (KKM), was arrested by the National Investigation Agency (NIA) under the Unlawful Activities Prevention Act (UAPA). The cultural group, which supposedly took up social causes through their music and poetry, had been formed after the Gujarat riots of 2002. 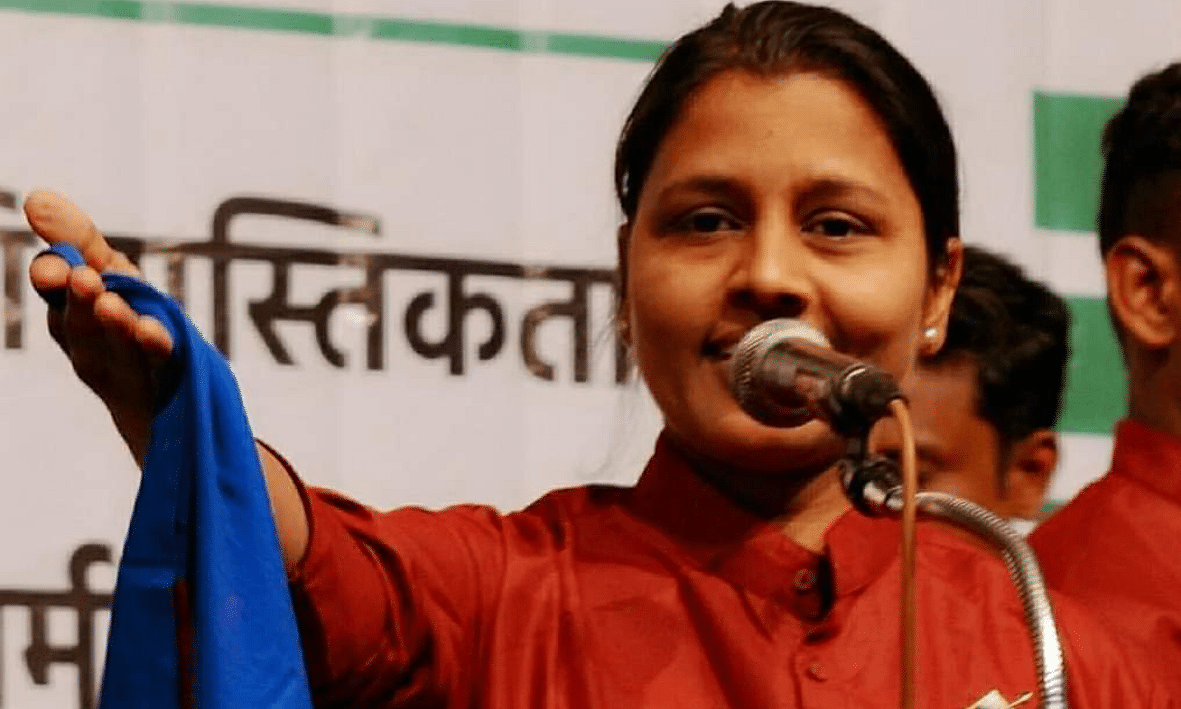