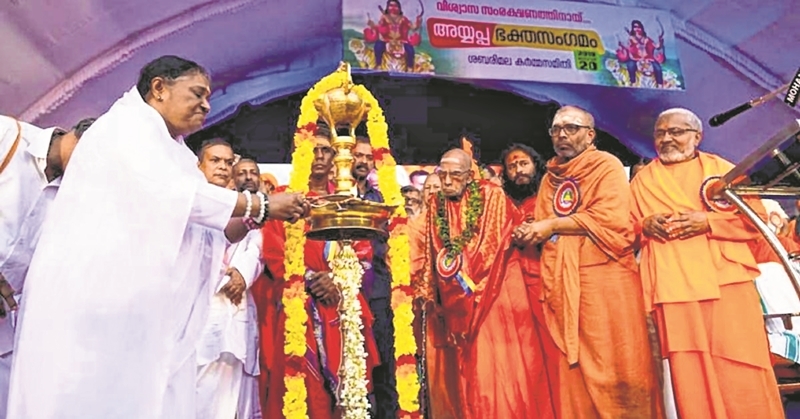 Nagpur: RSS general secretary Bhaiyyaji Joshi said on Monday that he did not think that Hindu leaders were unsafe in the country, but added that their safety should be ensured.

Joshi’s statement about safety to “Hindu leaders” came in the wake of murder of a former leader of the faction of Hindu Mahasabha, Kamlesh Tiwari, in Lucknow last week.

The senior Rashtriya Swayamsevak Sangh leader was speaking to reporters after casting his vote for the Maharashtra Assembly elections in Mahal area here.

To a question if the Sangh felt that “Hindu leaders are unsafe in the country”, Joshi said, “I don’t feel they are unsafe, but there is a need for (to ensure) their safety.”

To a question about the allegation by Tiwari’s mother that the government was not working in the interest of the Hindus, Joshi said the government should give a reply to her, and it will.

Tiwari (45), president of little-known Hindu Samaj Party, was found murdered at his Lucknow home on Friday. Five persons, including three from Gujarat, were taken into custody in connection with the case.

Meanwhile, to a question about BJP’s demand for Bharat Ratna for Veer Savarkar and opposition by some Congress leaders to the proposal, Joshi said, “We don’t know what the Congress is saying. We want that a person (Savarkar) who is an inspiration to the country should get suitable honour.