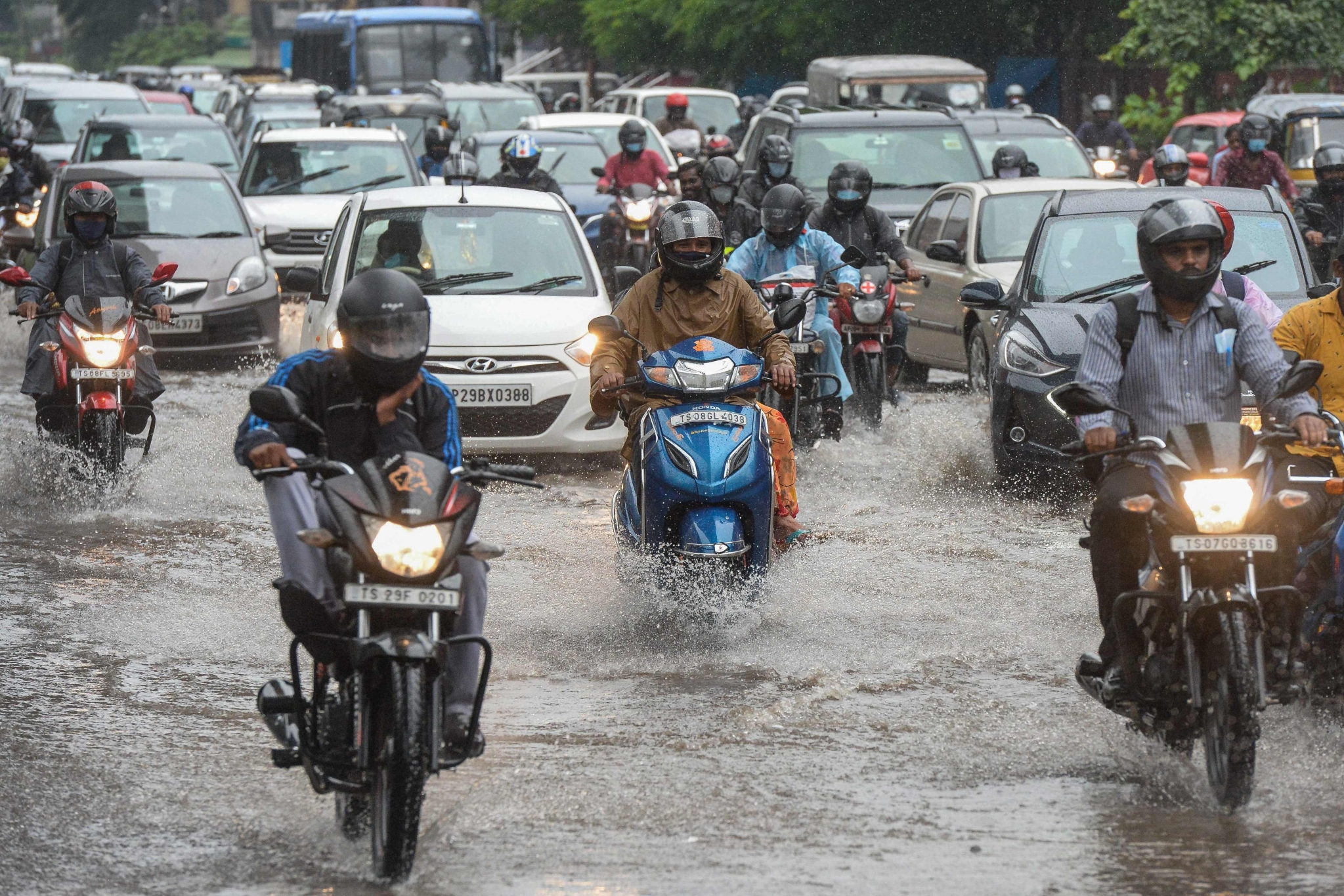 Motorists make their way through a water-logged street amid heavy rains in Hyderabad on September 27, 2021, the morning after cyclone Gulab made landfall between the coastal Indian states of Odisha and Andhra Pradesh. | (Photo by NOAH SEELAM / AFP)

Maharashtra, especially central Maharashtra, Konkan including Mumbai, Thane, and Palghar are expected to witness heavy to very heavy rainfall on Tuesday. As the cyclone weakens into a low-pressure area and moves westwards, it will cause heavy to very heavy rainfall along with gusty winds up to 40 mph in some districts including Mumbai, Thane, Palghar, and Raigad, the Met Department officials said. Cyclone Gulab: How did it get its name?