Thane has reported 255 new cases of coronavirus, raising the infection count in the Maharashtra district to 5,60,622, an official said on Wednesday.

Besides these new cases added on Tuesday, four people also died of the viral infection, which pushed the fatality toll in the district to 11,424, he said.

The COVID-19 mortality rate in Thane stood at 2.03 per cent, he added.

In neighbouring Palghar district, the COVID-19 case count has gone up to 1,36,898, while the death toll stands at 3,277, another official said.

Meanwhile, Maharashtra reported 2,401 new COVID-19 cases and 39 fresh deaths on Tuesday - an uptick from multi-month lows registered a day ago - taking the infection tally to 65,64,915 and the toll to 1,39,272, a health department official said.

Maharashtra witnessed a rise in COVID-19 cases and fatalities as compared to Monday, when it reported 2,026 infections, the lowest since February 2, and 26 fatalities.

The official said with 2,840 patients getting discharged from hospitals in the last 24 hours, the number of recovered cases rose to 63,88,899. The state now has 33,159 active cases.

He said 2,40,052 people are in home quarantine and another 1,338 in institutional quarantine.

The official said Maharashtra's COVID-19 recovery rate stands at 97.32 per cent, while the fatality rate is 2.12 per cent.

Ten districts (rural areas) and four municipal corporations (urban centres) did not report any new COVID-19 cases, according to the official. Mumbai districts reported the highest 447 new infections in the state.

Among the eight regions of Maharashtra, the Mumbai region reported the highest 845 new COVID-19 cases, followed by 791 in the Pune region.

According to the official, among the 39 fresh fatalities, the highest 13 were reported from the Pune region, followed by 10 from the Nashik region.

Seven fatalities each were registered in Kolhapur and Mumbai regions, while the Latur region saw the death of two coronavirus patients, he said.

Significantly, Aurangabad, Akola and Nagpur regions did not report any fresh fatalities. 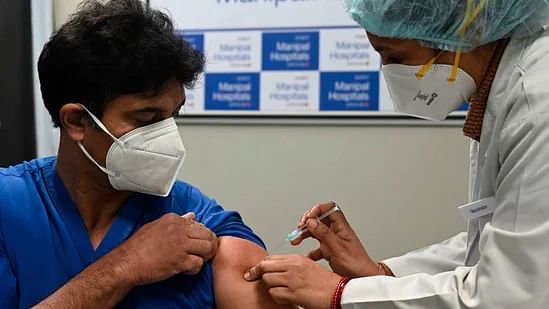