In the ongoing vaccination drive, Maharashtra on August 28 has vaccinated 6,99,416 people through 3,463 sessions.

As per the state government data, 1,80,97,528 individuals aged between 18 and 44 years received their first vaccine dose and 19,57,234 received their second dose since the inoculation drive for this age group began on May 1.

Similarly, 21,39,099 frontline workers in the state have till now received their first vaccine dose and of them, 14,39,618 got their second dose.

As many as 4,455 patients were discharged from hospitals across the state, which took the cumulative number of recovered cases to 62,59,906, he added. Maharashtra now has 51,821 active cases.

Maharashtra's COVID-19 recovery rate stands at 97.02 per cent while the fatality rate is 2.12 per cent.

The total of coronavirus tests conducted in the state so far climbed to 5,34,56,403 with 2,00,379 samples tested since Friday evening.

Districts of Nandurbar, Jalna, Hingoli, Wardha, rural parts of Nagpur and Bhandara did not report any new case of COVID-19 since Friday evening.

The urban areas of Nanded, Parbhani and Dhule too did not report new infection.

On the other hand, Ahmednagar district reported the highest 789 new infections, followed by rural parts of Pune with 597 new cases.

Pune city and rural parts of Solapur reported the highest number of deaths -- 18 each -- since Friday evening.

Among eight regions, the Pune region reported the highest 2,060 new COVID-19 cases, followed by 901 cases in the Nashik region.

Of 126 fatalities reported on Saturday, the highest 59 were reported from the Pune region, followed by 28 from the Kolhapur region.

Whereas the Nagpur region did not report any fresh fatality on the second day in a row. 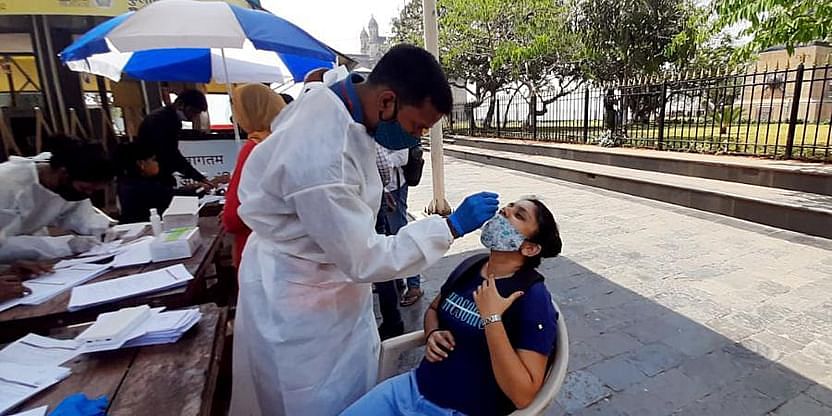