COVID-19 in Maharashtra: Cases rise among cops in September 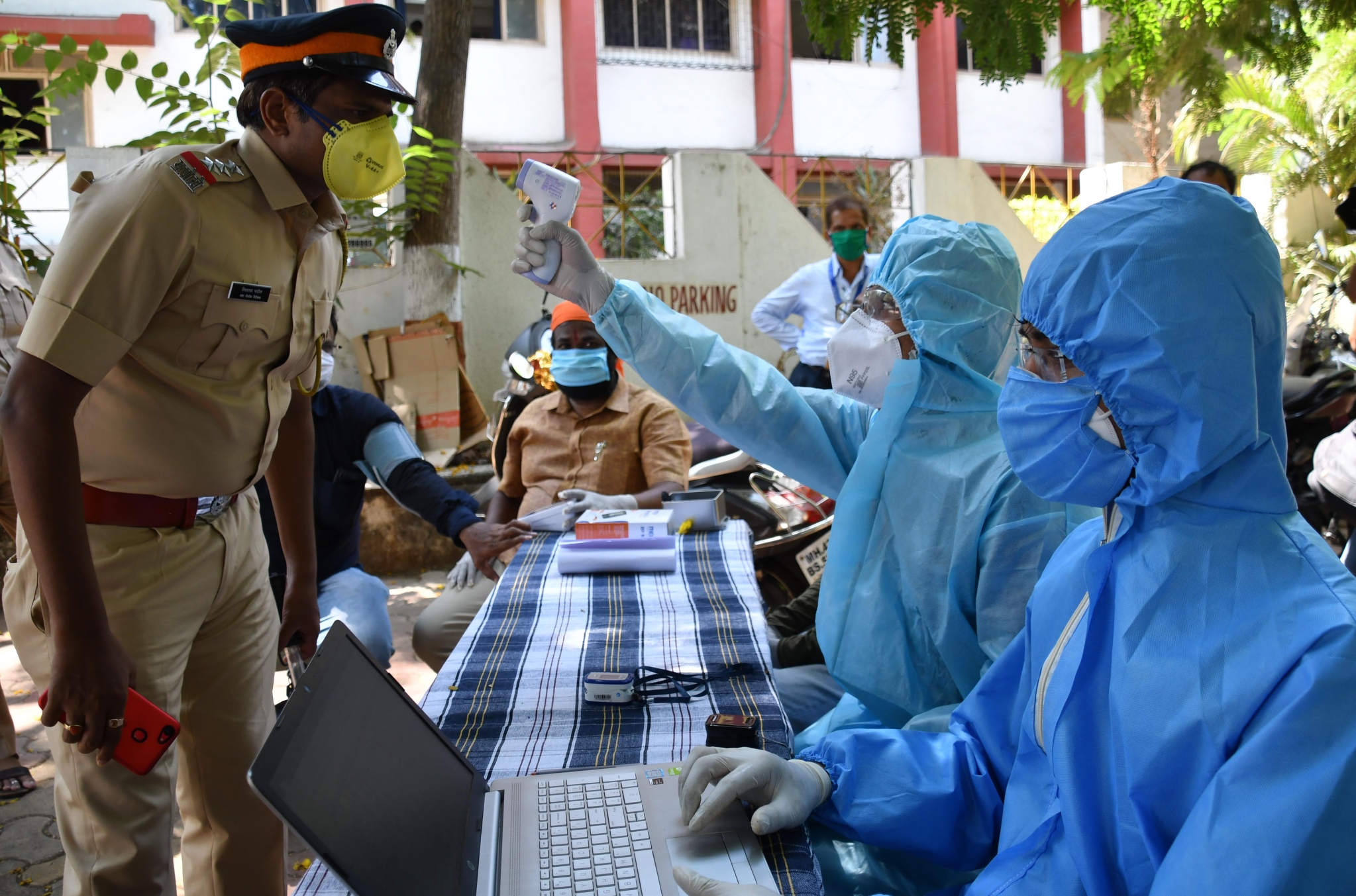 For the state police department, the month of September proved to be the worst, both in terms of fatalities reported owing to the pandemic as well as the number of fresh COVID-19 cases detected within the police force.

In September, the state police department recorded at least 91 deaths owing to the virus. While, in August, the toll was at 54, followed by 43 in July, 33 in June, 23 in May, and three in April. The total number of police personnel who succumbed to the virus now stands at 247.

September proved to be the worst with 8,254 fresh cases. August’s tally was 6,077 and July’s was around 5,000. As per the information provided by Manoj Patil, assistant inspector general of police (law and order) and superintendent of police control room, “Out of total caseload of 23,548, so far 20,345 police personnel across the state have recovered and the recovery rate stands at 85 per cent. As of Wednesday, the active cases across the state police force stood at 2,956 while 10,892 police personnel are still in quarantine. On Wednesday, 188 police personnel, including 20 officers, tested positive for COVID-19, while one death was reported on Wednesday.

Since the beginning of the pandemic, Mumbai police has been at the top of list in terms of fatalities and caseload. So far, the city police has lost 84 police personnel owing to the virus, while its total caseload touched 6,057 mark on Wednesday. The city police's recovery rate was over 90 per cent. 5,540 police personnel successfully recovered so far, and of them, 4,685 have rejoined duty as well.