The rebel Shiv Sena camp led by Eknath Shinde, on Monday, released a statement after relief from the Supreme Court. In the fourpage statement, the camp’s spokesperson Deepak Kesarkar claimed their move is to safeguard Hindutva and not a rebellion.

The MLAs said they have suggested to Chief Minister Uddhav Thackeray to allow a Shiv Sena alliance with the BJP, adding that “the BJP-Sena alliance, in line with the earlier verdict given by Maharashtra, will take the state to great heights of development.”

Kesarkar said, “It is unfortunate that Sanjay Raut, who hasn’t been elected by the people, is set off to finish our party. He is the NCP’s blue-eyed boy. You may succeed in distancing the Shiv Sena from the BJP. But if you are trying to distance the Shiv Sena from Hindutva, how do you expect us to tolerate it?”

He noted, “Even more unfortunate is that if the party is being run on Sanjay Raut’s advice, that too at the cost of isolating people like us who get elected by the people multiple times. Then what option do we have? 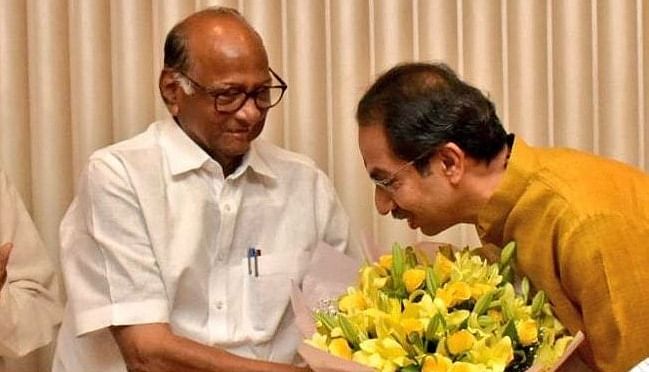